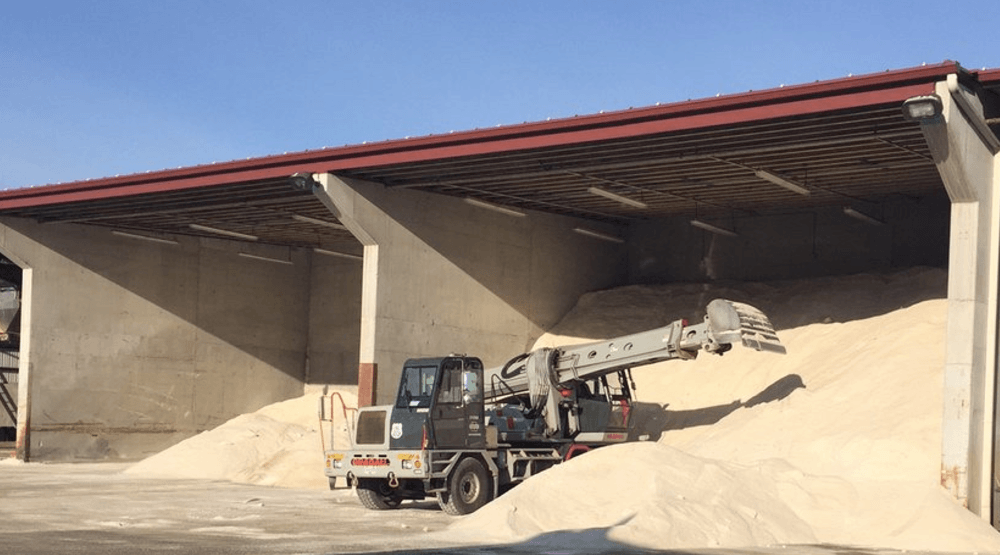 Once again, Vancouverites desperately lined up at fire halls across the city get their hands on free, ice-melting salt. The crowds were chaotic and many residents left empty handed.

But the City of Vancouver is ensuring residents that it is fully stocked with salt for the upcoming snowfall expected this evening and throughout the weekend.

“There is ample salt supply for the City to prepare for the anticipated upcoming snowfall, and additional supplies of free salt for residential use are being delivered this afternoon to select fire halls,” the City said in a release.

Snow is expected this weekend, but we’ve got more than enough salt on hand, with even more shipments coming! pic.twitter.com/A6brVgS0wB

To avoid a future salt shortage crisis, the City has provided the following tips for residents:

The City has been giving out free ice-melting salt at fire stations around Vancouver for the past two days.

However, supplies have quickly run out, creating frustration and chaos as many residents are trying to get their hands on the precious commodity.

Salt has arrived at Firehalls, but it’s going quickly. More to arrive after 12. #vfrsNaCl pic.twitter.com/wzjTUW0ibJ

Seeing these salt videos tells me one thing: There will be complete anarchy if a major disaster hits here. #Vancouver

“Vancouver is a world class city…” – meanwhile, people almost rioting over free salt because they didn’t deal with the 2in of snow earlier

According to the City of Vancouver, there is “more than enough salt on hand, with even more shipments coming.”

In a release, Mayor Gregor Robertson said he understands “the difficulties and frustrations this unusual winter weather has caused Vancouver residents.”

“It’s been challenging for us too,” Roberston stated. “I want to thank everyone for their patience and cooperation, and for doing your part in keeping our city safe,” Robertson adds.

Another delivery of salt arrived at Vancouver fire halls at noon on Thursday. To keep up to date on more deliveries, be sure to visit their Twitter page.

Residents are advised to bring their own bucket and shovel to the fire stations and take a maximum of one small bucket.

Metro Vancouver is set for more snow. Up to 4 cm of snow is expected on Thursday evening followed by another 5 cm throughout Friday.

And more will fall over the weekend, and possibly even throughout much of next week.

Temperature lows will warm up slightly to just below or above the freezing mark beginning today, a sharp contrast from the lows of -6 or -7°C experienced over the past few nights.