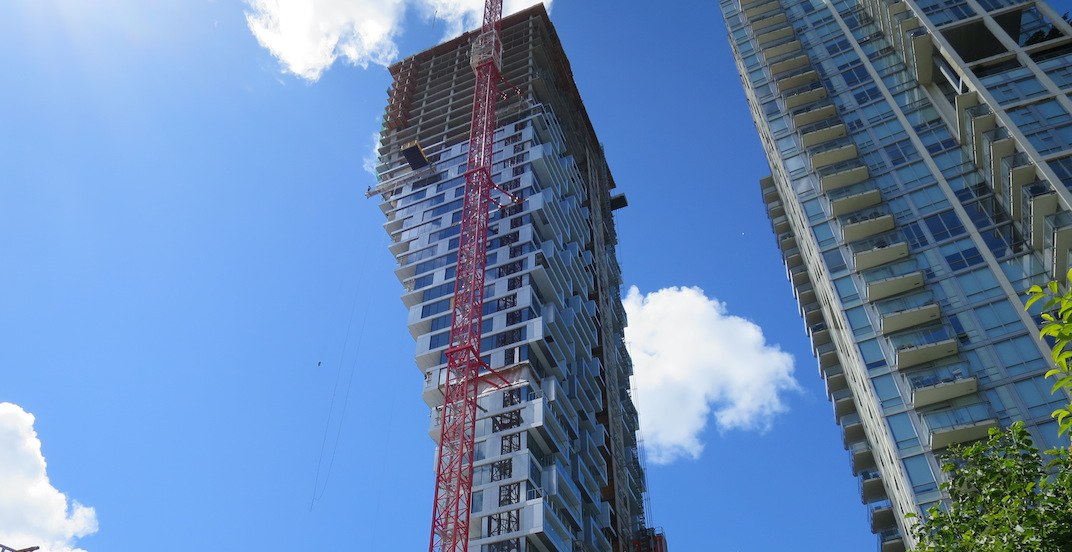 Future projects of Vancouver House's size, which is about 650,000 sq. ft., are required to follow the City of Vancouver's Community Benefit Agreements. (Kenneth Chan / Daily Hive)

Developers must make 10% of new entry level jobs available to residents of Vancouver, with a focus on equity-based hiring such as people who are treated differently because of their gender, faith, immigrant status, level of education, economic status or sexual orientation.

Additionally, developers should prioritize purchasing local goods and services and from organizations that are at least 51% owned by women, members of an Indigenous community, members of a visible minority group, members of the LGBTQ community, someone with a recognizable disability or by an immigrant or refugee.

“With Council’s approval of this new policy, we’re taking a step towards providing more meaningful employment opportunities for Vancouverites struggling to make ends meet, both through construction and operations of new developments, and by sourcing local goods,” said Sandra Singh, General Manager, Arts, Culture and Community Services for the City of Vancouver, in a statement.

“The CBA policy is aligned with the City’s poverty reduction goals, and also aims to be mutually beneficial to the development industry who have been facing labour shortages and procurement difficulties when looking at large scale developments in Vancouver.”

According to the municipal government, this new policy expands on several existing CBAs, such as the requirements that were placed on Parq Vancouver, which had over 20% of its labour force come from the inner-city – twice the 10% target agreed in the project-specific CBA. It also resulted in over $60 million in local spending on construction and materials.

Since the casino resort opened, over 800 jobs have been created and more than $20 million has been invested in local suppliers such as Vancouver Farmers Market and Hives for Humanity.

It is estimated that three to four large development projects could create over 4,000 entry level positions, generating about $14 million of income for locals.

The City of Vancouver’s CBA follows the provincial government’s CBAs mandating union wages and policies for provincially-funded infrastructure projects, such as the Pattullo Bridge replacement and Trans-Canada Highway widening.