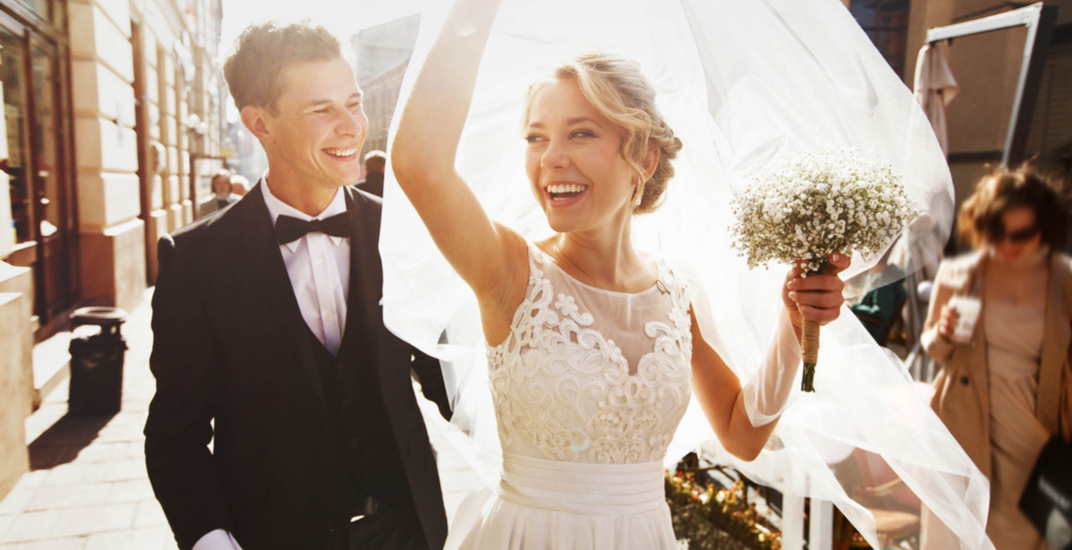 Saying “I do” at City Hall could soon be an option for Vancouver couples looking to tie the knot.

NPA Councillor Melissa DeGenova is introducing a motion to allow weddings at Vancouver City Hall, providing couples with the opportunity to have “simple and small civil marriage ceremonies.”

Currently, the Vancouver Park Board lets couples apply for permits to be married on designated and non-designated sites, like city parks. But unlike many other cities in Canada and elsewhere, there is no program in place to permit weddings at City Hall.

DeGenova told Daily Hive that she believes that if passed, the motion would help change Vancouver’s “no fun city” reputation.

City halls in Victoria, Calgary, Fredericton, Toronto, and Ottawa allow couples the opportunity to book in the venue in advance and hold wedding ceremonies on site.

“Vancouver City Hall is quite iconic and has a special and unique architectural style,” DeGenova told Daily Hive.

“It seems that there are lots of opportunities for weddings on parks, but there are a lot of people that like that iconic ceremony at City Hall.”

DeGenova adds that providing the opportunity for city hall weddings would also be an affordable option for many couples.

According to the motion, weddings at Ottawa City Hall range from $141.30 for weekday ceremonies to $212.00 on weekends.

DeGenova will introduce the motion on December 18 and staff will report back to Council with recommendations by December 2019.