It wasn’t the sky falling early Wednesday morning at a popular Downtown Eastside gathering place. It was concrete.

Specifically, it was chunks of the concrete facade from the century-old historic Merchants Bank building, and they were tumbling to the sidewalk in the area known as Pigeon Park.

Built in 1913, this Beaux-Arts building at 1 W. Hastings at Carrall has spent the past decade on the historic registry, and is significant both for its design and its onetime role in the community as a hub of commerce.

Fortunately no one was hurt when the concrete slab fell from the roof and broke on the sidewalk. 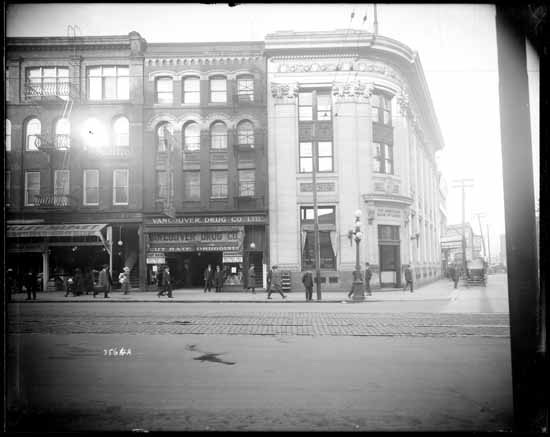 And what fell Wednesday: