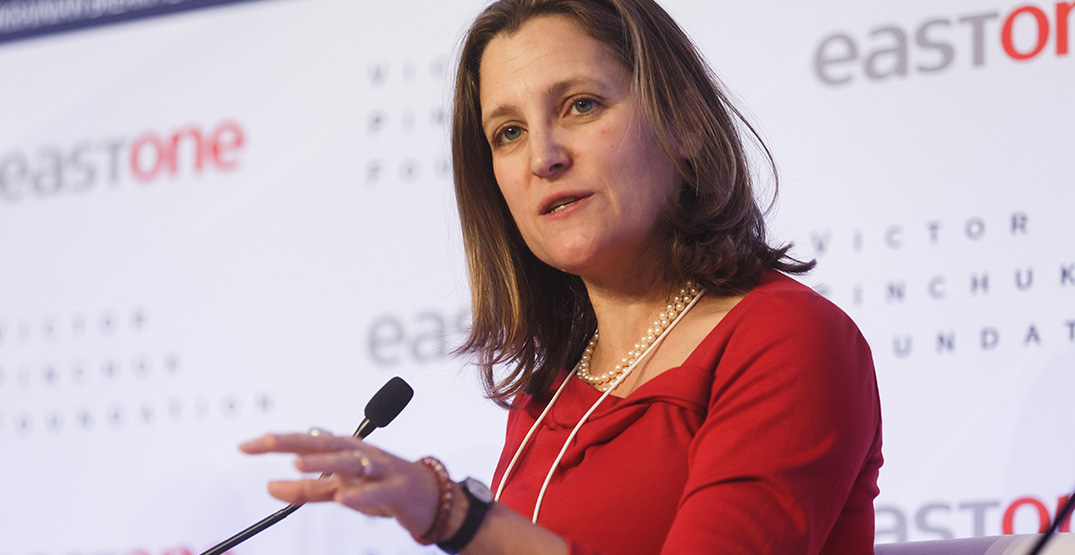 Canada’s Deputy Prime Minister, Chrystia Freeland, has made it on Forbes’ list of “The World’s 100 Most Powerful Women,” revealed on Tuesday.

Freeland, who is 97th on the list, is in good company. US Vice President Kamala Harris took the second spot, Oprah Winfrey is 23rd, and singer Rihanna ranked 68th.

Freeland’s resume fits the bill. Forbes’ listed some of her notable achievements, including working as a deputy editor for the Financial Times and later becoming Reuters’ managing director and editor of consumer news.

They also highlighted her extensive political career, being appointed as Canada’s international trade minister by Prime Minister Justin Trudeau in 2015.

Freeland now wears many political hats. In 2019, she was appointed deputy prime minister and added minister of finance to her title just one year later in 2020.

She submitted her first federal budget in April 2020, calling for the creation of a national childcare program.