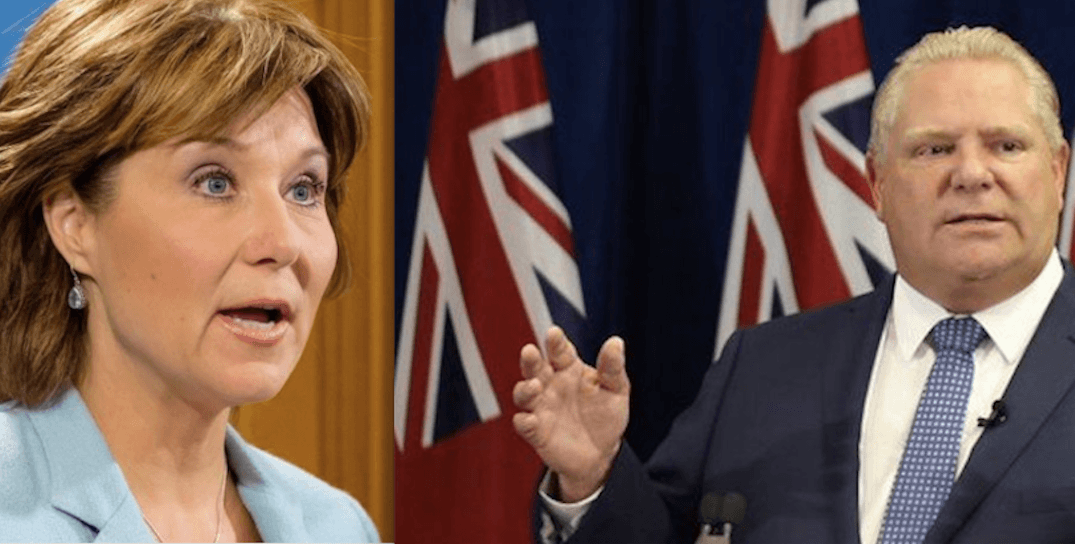 In an interview on CBC’s Power and Politics, Clark spoke highly of Ford’s decision to invoke the notwithstanding clause to override a judge’s decision to rule against Ford’s plans to cut Toronto city council in half.

“I support the use of the notwithstanding clause,” said Clark. “The highest court in the land, in our system is not the Supreme Court, it is the elected parliament and the Section 33 was in the constitution – we wouldn’t have a constitution without it by the way, recommended by that incredible radical, Peter Lougheed – it’s there so that elected parliaments who are accountable can, when they see it’s necessary, be a check on the courts and that’s what section 33 is all about.”

Clark said she believes that it was an “appropriate” use of the power, and that’s it’s not only good for Ontario, but a “good thing” for Canada.

“We are in a moment where Canadians are looking around saying ‘why can’t anything get done?'” she said. “Premier Ford has shown there is a way to find a way to get things done – in spectacular fashion – and I think he did the right thing.”

She added that with this course of action, Ford is “answering this question that many people are asking – who’s in charge in our country? Are the people that we elect elected to get things done and get them done quickly and efficiently so we can have things like Trans Mountain go ahead, or are their people who are un-elected, who are ultimately far less accountable, are they the ones that are in charge?”

And in her mind, “Doug Ford is actually answering that question in greater detail.”