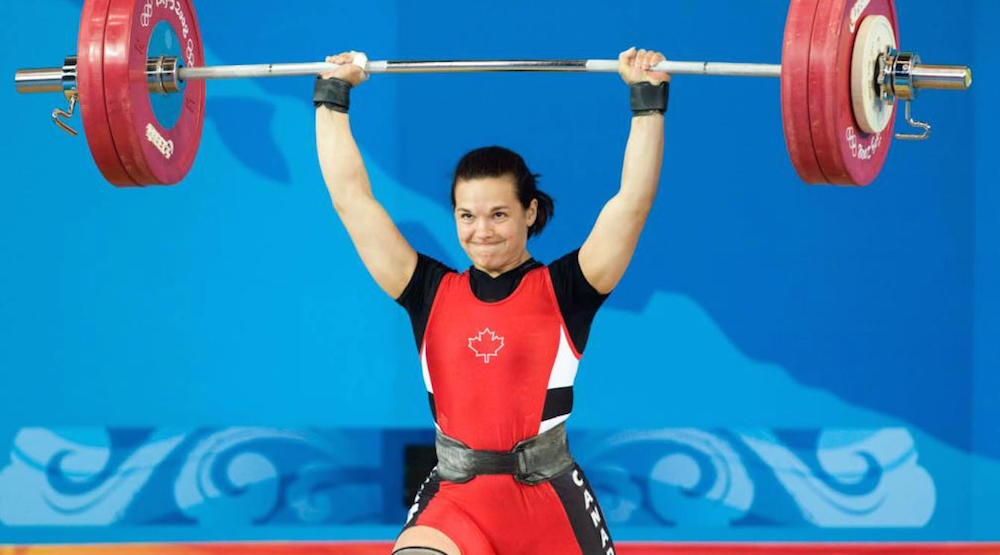 Five years ago, Canadian weightlifter Christine Girard was robbed at the Olympic Games in London.

The third-place finisher in the women’s 63 kg weightlifting competition, she was awarded the bronze medal. It was a proud moment for Girard, as you can imagine. She finished fourth in Beijing four years earlier, just off the podium.

But it should have been so much greater for the native Rouyn-Noranda, QC who now lives in White Rock, BC.

Maiya Maneza, who finished first in the competition, was one of three female weightlifters from Kazakhstan to have her gold medal stripped from her after failing retests of her doping sample.

Svetlana Tsarukaeva, the Russian weightlifter who finished second, was stripped of her silver medal for doping on Wednesday.

That means that Girard will receive the gold medal that’s rightfully hers. It’s about time.

“One step more done today, one more step towards the gold medal I should have had five years ago,” Girard said on her Facebook page this week (translated from French).

It goes without saying that the Olympics have a drug problem.

The fourth-place finisher in the same competition, Sibel Simsek from Turkey, was caught for taking drugs too.

But that’s not the end of this story.

Girard should have won a medal in 2008 as well.

Irina Nekrassova of Kazakhstan won silver in Beijing, but had her medal stripped in November. That means Girard moves up to the bronze medal position.

Unfortunately it seems that the drug cheats are one step ahead of the testers. As long as that remains reality, the only thing officials can do is retroactively catch the crooks when the testing technology catches up.

Girard will get the gold and bronze medals she deserves, but it goes without saying that it won’t be the same. She was robbed of her Olympic moment – and the financial benefit that would have came with it – in Beijing and London.