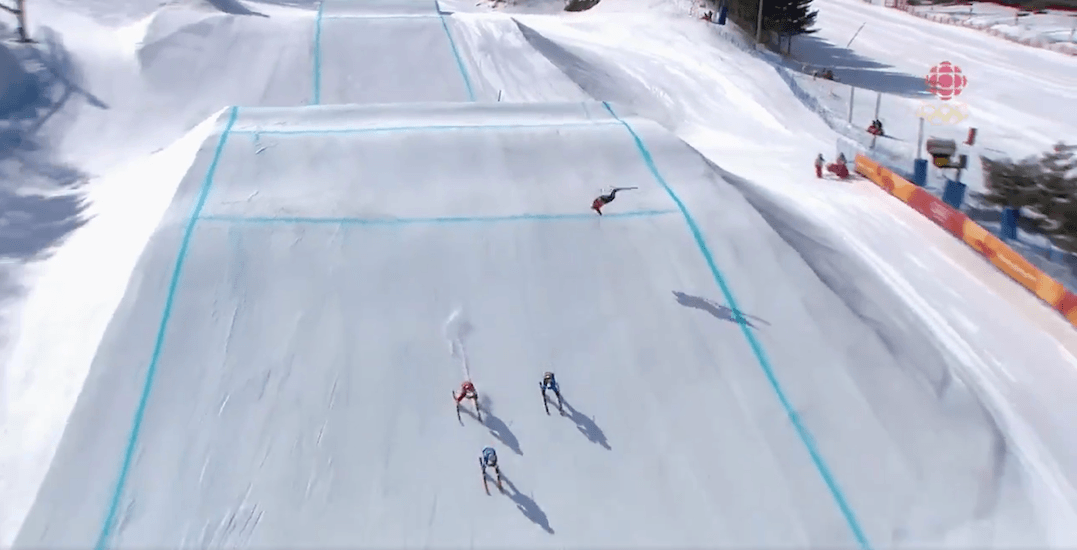 The Montreal native was attempting a push on one of the final jumps in the hope of moving on to the quarter finals.

Unfortunately, the 35-year-old lost control mid-air before crashing hard onto his side on the icy slope below.

The freestyle skier was on the ground for several minutes before being taken off the hill on a stretcher.

All of Canada breathed a collective sigh of relief as Chris gave a thumbs-up to the crowd as he was being carried off.

CBC reports that he is currently in stable condition in hospital.

#TeamCanada’s Chris Del Bosco of #Vail waves to cheering crowd from medical sled after absolutely nasty crash on #skicross course. He was advocating for course changes in training so skiers didn’t send too deep off the jumps. He sent way past the transition. Ugly ugly crash. pic.twitter.com/YSWuIU9Y6x

Canada’s Brady Leman went on to capture gold in the ski cross event.