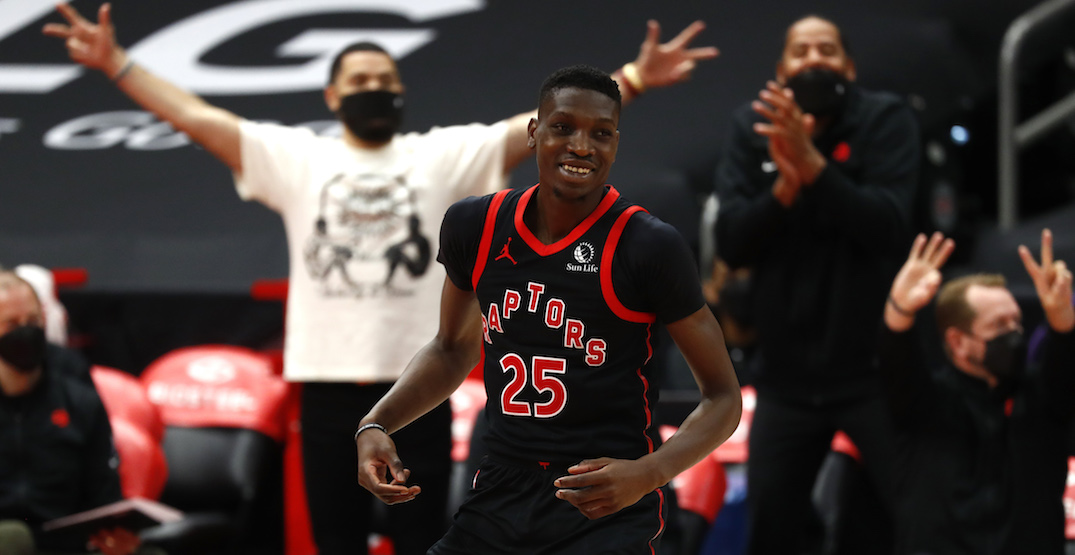 The Toronto Raptors are reportedly keeping Chris Boucher on a new contract.

Per ESPN’s Adrian Wojnarowski, the Raptors have inked Boucher to a three-year, $35 million contract that will officially be signed next week.

Chris Boucher is returning to the Toronto Raptors on a three-year, $35.25M deal, his agent Sam Permut of @RocNationSports tells ESPN.

“I love Toronto,” Boucher said at his end-of-season press conference. “Toronto did a lot for me. From the young player I was when I came here to who I am now, I owe it all to Toronto.”

“I’d call his name and he’d sprint from that end of the bench up to the scorer’s table and tear off his warm up and you could feel [Boucher thinking], ‘here I come, man,’” Raptors coach Nurse told reporters following the end of the season. “He hit the court and he could feel it. I think he was a tremendous boost to us.”

Boucher originally signed with the Raptors prior to the 2018-19 season, where he was a bench player on the team’s fist NBA championship. He was previously on a two-year, $13.5 million deal.

The move was followed quickly by another Raptors signing, with Thad Young reportedly inking a two-year, $16 million deal, per Chris Haynes.

Free agent forward Thaddeus Young has reached an agreement with the Toronto Raptors on a two-year, $16 million deal with the addition of performance incentives, his agents Jim Tanner and Max Wiepking of @_tandemse tell @YahooSports.