The annual Chinese New Year Parade celebrates the new year of the Chinese lunar calendar. A fun-filled event for every Vancouverite, regardless of ethnic background, and their family to enjoy. Featuring the largest assembly of traditional lion dance teams in Canada with dozens of colourful lions from the various local fraternal and martial arts organizations. Every year the parade draws well over 50,000 spectators along the route, so bring your Mighty Mites (firecrackers) and head on over to North America’s second largest Chinatown for the annual Vancouver Chinese New Year Parade.

Identical to last year, the parade route is about 1.2 Km long. It starts at the Millennium Gate on Pender Street (between Shanghai Alley and Taylor Street), proceeds east along Pender Street, turns south onto Gore Street, turns west onto Keefer Street and then disperses at Keefer and Columbia. See map below: 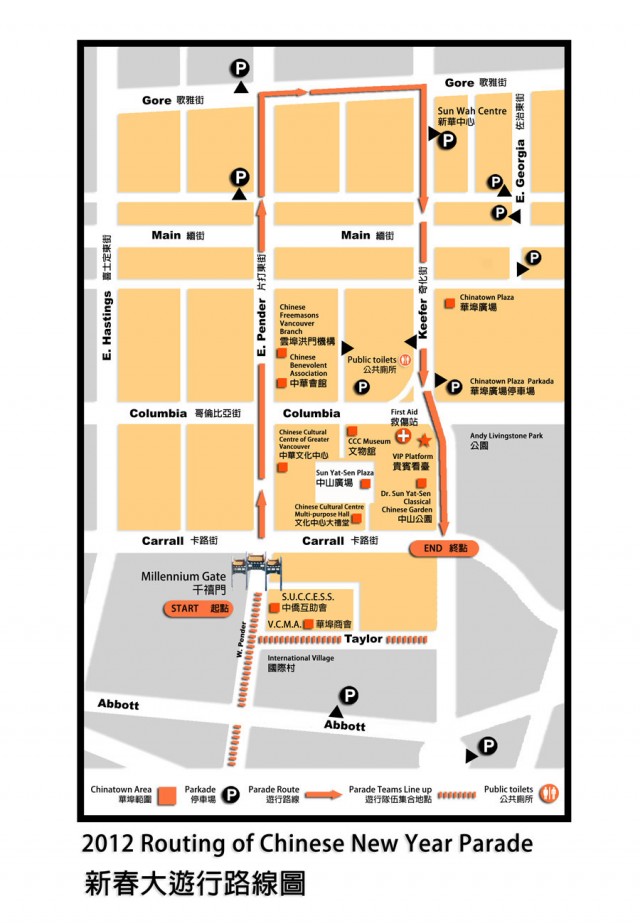