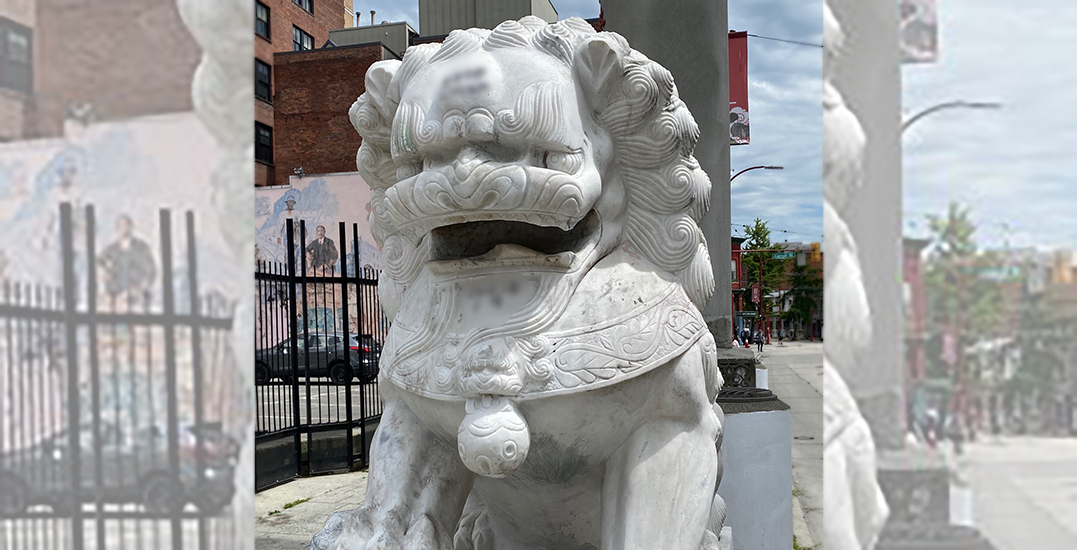 Vancouver's Chinatown lions were yet again defaced. (City of Vancouver)

The lions at the Millennium Gate in Vancouver’s Chinatown have yet again been defaced with racist graffiti.

The City of Vancouver shared photos of the disturbing incident that showed anti-Asian remarks scribbled on the statues. The lions sit at the base of the gate and are part of a historical landmark welcoming visitors to the neighbourhood.

We are extremely disheartened to share the news that yet again the Chinatown Lions have been defaced with racist graffiti. We are working with Chinatown community to identify steps we can take to address this issue, as well as supporting @VancouverPD with their investigation.1/2 pic.twitter.com/trldsV2t9w

The City says they’re working with the Chinatown community to “address this issue” and that work has already begun to remove the graffiti.

On May 20, the same lions were defaced with hateful graffiti. At the time, the Vancouver Police Department told Daily Hive that they were “aware” of the incident and were investigating the hate crime.

In a statement released earlier this month, Premier John Horgan said everyone has a right to “live without fear of violence or discrimination” and called the recent stories of racism in the province “disturbing.”

Daily Hive has reached out to the VPD for further comment.