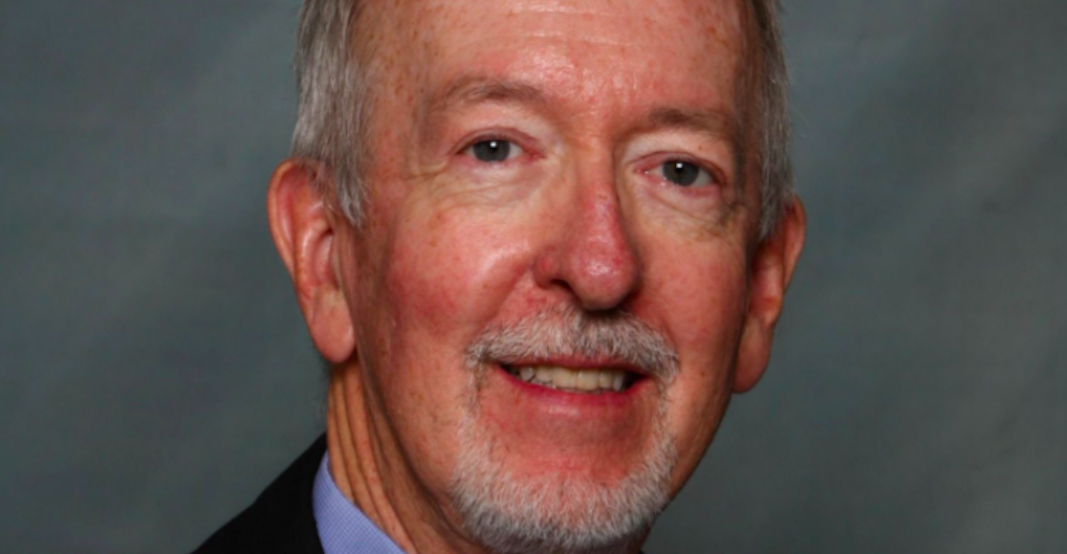 A Chilliwack school trustee has come to Barry Neufeld’s defence after Neufeld received backlash for comments he posted online in which he used an ableist slur.

In a Facebook comment last Thursday, Neufeld disparaged local newspaper Chilliwack Progress and called three of its staff an ableist slur that stems from an outdated term for people with intellectual disabilities.

Neufeld later edited the comment to say “radical lefties,” but not before several Twitter users took screenshots. He also alleged the paper is “slanted” and in such “dire” financial straits that it had to sell its building, which editor Paul J. Henderson says is not true.

“An inaccurate post, almost completely,” Henderson tweeted. “Tara and I have always worked from the office (reporters temporarily worked from home), we sold our disgusting old building and are in a beautiful new space, and finances have been a challenge, but we’ll be fine, improving all the time!” 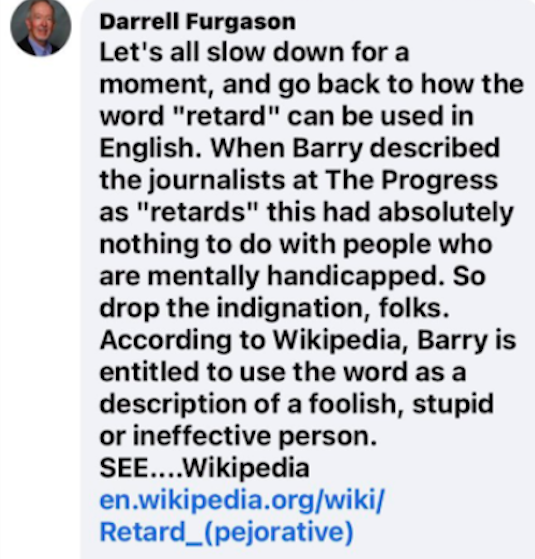 His response was quickly blasted online, including by former CTV personality Tamara Taggart, who tweeted that “The r-word is NOT up for debate” and called Furgason’s defence of Neufeld “vile.”

The r-word is NOT up for debate. #Chilliwack school trustee Darrell Furgason defending Barry Neufeld is vile. The r-word is a form of hate speech. Full stop.
It’s time for an overhaul in Chilliwack, these ableist trustees are dangerous + shouldn’t be near education. #bced pic.twitter.com/eXliyJDma4

On Friday, BC Education Minister Rob Fleming said on Twitter that he was “appalled” by Neufeld’s comments, and called for his resignation.

Fleming said he applauds Chilliwack school district’s “previous decision to remove [Neufeld] from all committees and not to allow Mr. Neufeld to interact with any of their schools, as his viewpoints are in stark contrast to the promotion of safe and welcoming schools in BC.”

Fleming said he is also looking at all possible options that government may have to address the situation. He noted that “under the School Act, Cabinet has the power to remove an entire board but not an individual trustee,” and that he is “calling on the BC Liberals to denounce Barry Neufeld and his harmful comments to people with disabilities.”