The Chilliwack Corn Maze and Pumpkin Farm is commemorating the 35th anniversary of Terry Fox’s Marathon of Hope with a special tribute spread across 12-acres of land.

In conjunction with the tribute, on September 12 all admissions will be by donation and go directly to the Terry Fox Foundation.

Terry Fox’s brother Darrell Fox, who lives in Chilliwack, had a chance to see the maze for himself and discuss the significance of the foundation with local media.

“I think Terry would be pretty happy about Chilliwack and would probably have liked to call it home,” he says. “This is very fitting for the 35th anniversary and it’s hard to believe that it’s been thirty-five years since Terry attempted to run across the country to raise money for cancer research.” 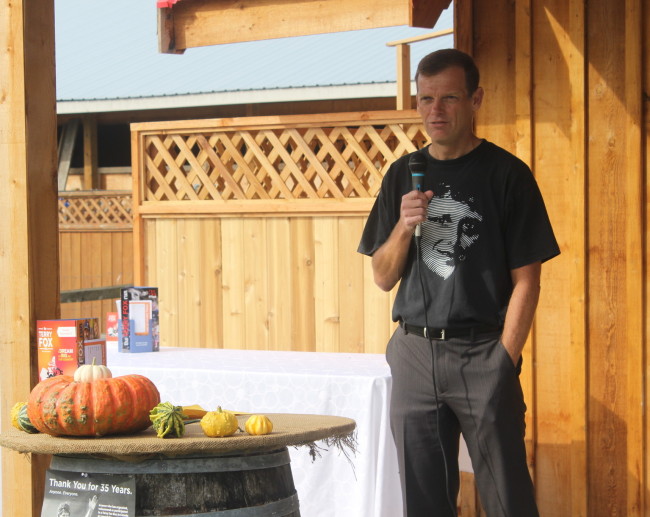 Terry ran an average of 42 kilometres every day on an artificial leg. In 1980, he embarked on a cross-Canada run to raise money and awareness for cancer research. The Marathon of Hope would ultimately cost him his life but solidify his legacy. Before he started the run, Terry said that he wanted to try the impossible to show that it could be done.

“He has given us the ability to set our goals high,” says Darrell on his brother’s motivational words. 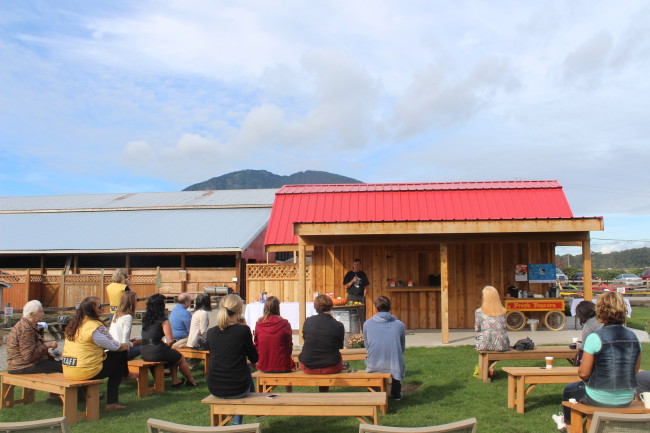 Because of Terry’s courage and the foundation it has since created, lives have been extended and saved, with over $600 million raised towards cancer research.

“I can not change history and I can not change how cancer has touched my life, I’ve lost my brother to this disease and it still hurts immensely, but I know, that with every loonie and toonie that we raise today, we are saving lives in the future,” he says. “We will not end until we end the suffering that cancer causes.” 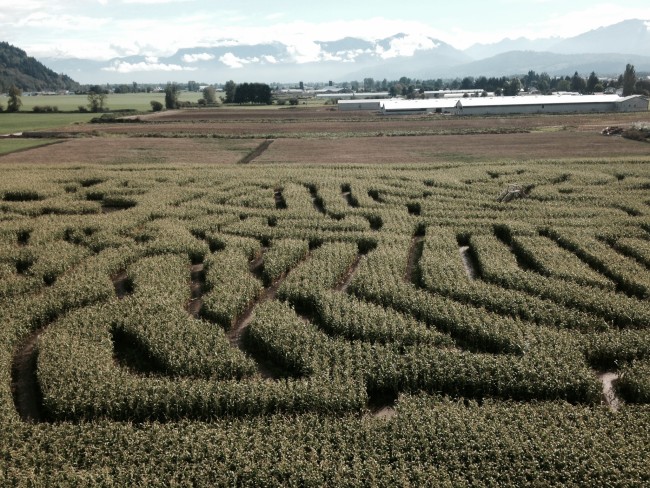 The Chilliwack Corn Maze has been operational since 1999 thanks in large part to the efforts of two local families, the Bruinsmas and the Taekemas.

This year, they organized a helicopter ride so media could experience an aerial view of the tribute. What appears to be a regular corn field from below turns into an expansive layout of intricate detail the higher you fly. The iconic shape of Terry Fox running forms in the corn, along with his name and the date the foundation began in 1980. 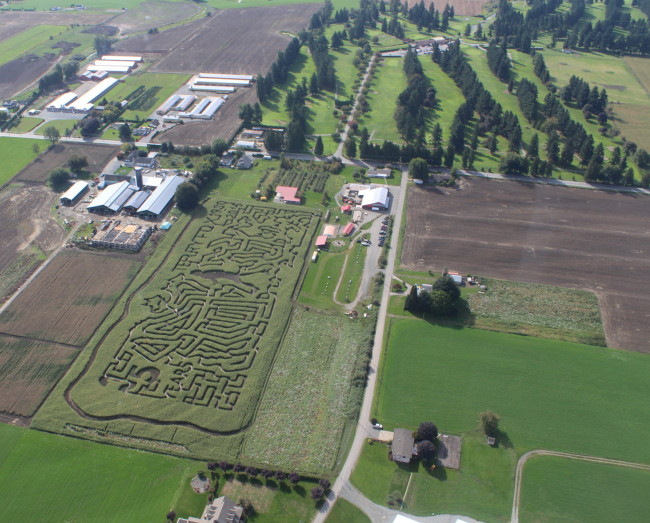 Maze from above (Nicolle Hodges)

From the window of the helicopter, Darrell looked down with a smile on his face as his brother’s legacy came into view, spread across a field of corn in the light of the afternoon sun. 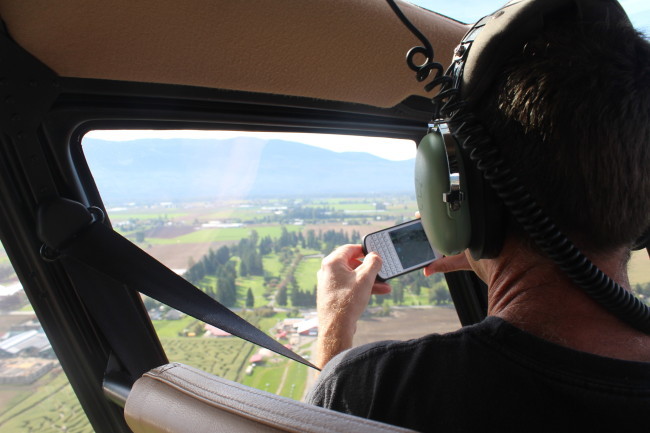