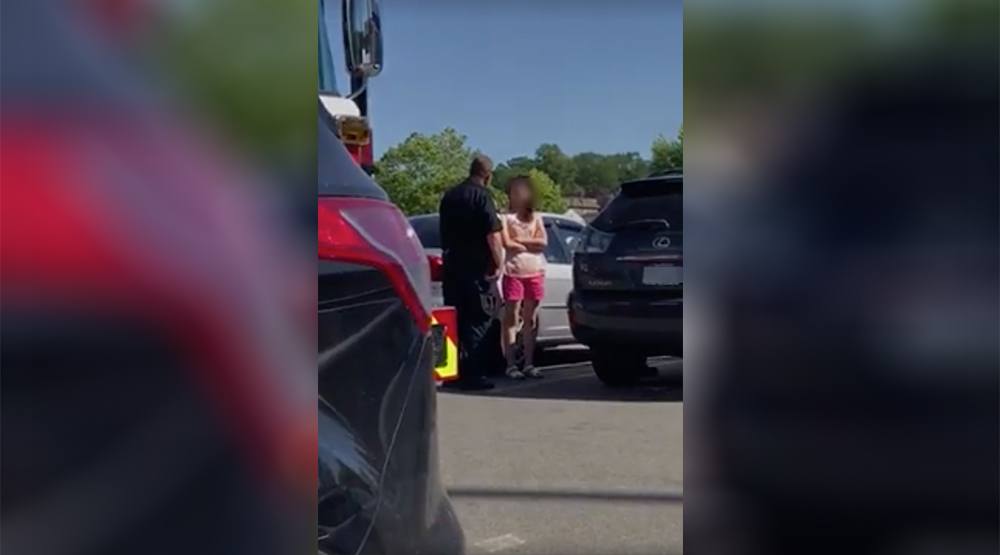 A Vancouver woman who argued with cops after leaving her kids in a hot car is now being investigated.

According to VPD Chief Adam Palmer, the incident happened on Monday afternoon, around 3:50 pm, in the parking lot of an East Vancouver grocery store on Grandview Highway.

“We received multiple 911 calls from citizens that were concerned about two kids…in distress in a vehicle,” he told reporters on Friday.

It turned out there was a six-year-old girl and a three-and-a-half year old boy inside the vehicle, which had its windows rolled up.

Officers looked at security footage from the grocery store and determined the mother had been in the store for 20 minutes, “leaving the kids alone in the vehicle in extreme heat.”

VPD, the fire department and the ambulance crews all attended the scene. “It was a full-on response from emergency services in Vancouver,” Palmer said.

A bystander captured video of a VPD officer calling out the woman for her actions, telling her – among other things – “your children could have died.”

The officer “was explaining to the woman the gravity of the situation,” Palmer said.

“We’re talking about kids in a hot car,” Palmer said. “The officer in question – I’ve known that officer for many years – he’s a highly respected member of the police department; hardworking and dedicated.”

Asked about the woman’s reaction to the officer trying to explain how serious the situation was, Palmer said he hasn’t spoken with the officer directly, but that he has looked at a police report of the incident.

“It ended up becoming an issue where we involved the Ministry of Children and Family Development (MCFD), due to the fact that there were two young children involved.”

In the video, which was posted to Facebook, the cop can be heard telling the woman she doesn’t “seem to understand” the danger she put her kids in.

“Listen to me,” he says. “You’re talking when you should be listening. Your children could have died. The windows were up. It’s hot out.”

The woman, who stands with her arms folded, then appears to attempt to argue with the officer.

“Why are you arguing?” the cop asks. “You don’t seem to understand what you’ve done.”

Palmer said at this point, he doesn’t expect charges to stem from the incident, but noted that the MCFD is handling the situation.