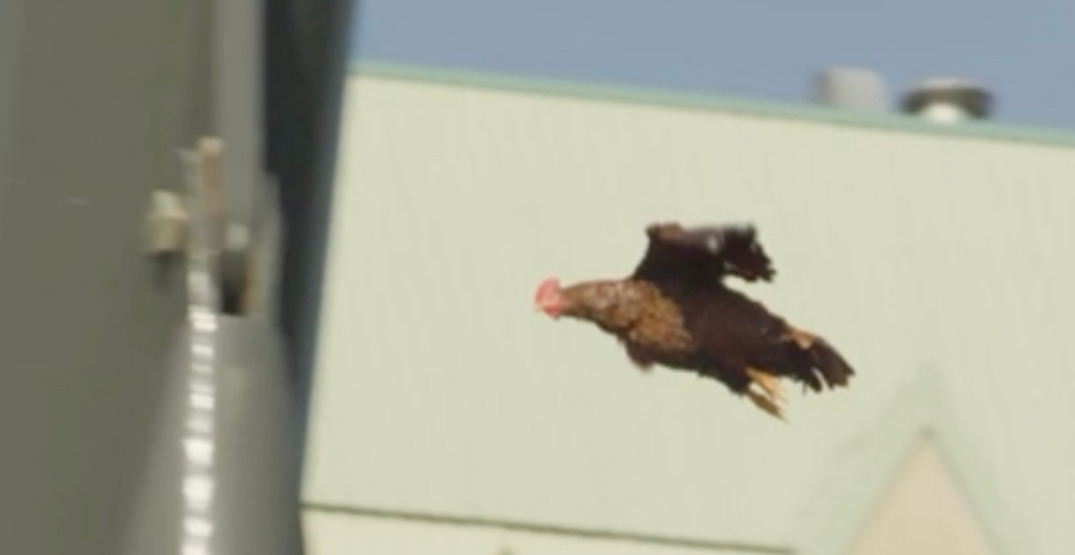 A Reddit user who posted a strange video on the Vancouver subreddit of a flying chicken has some people puzzled.

Science says that chickens can indeed fly, but not as far or as gracefully as the video suggests.

User butterflystyle posted the video, which is gaining a ton of traction.

We’d be thinking the same thing.

The chicken spotted in the video likely isn’t real, and some people in the comments of the Reddit post suggest that the bird seen in the video is a drone, likely something for a commercial shoot.

Still, could you imagine looking out your window and seeing what you believed to be a chicken flying through the air so effortlessly?

The best hint as to what this poultrygeist might be is a Reddit user who commented, “It’s for a commercial shoot. They’ve been out there a few times. Saw it from my kitchen once and had a real “wtf?” moment.”

Another user suggested it was a drone that has been spotted over the quay before.

Whatever the case is, so far there’s no sign of fowl play involved.