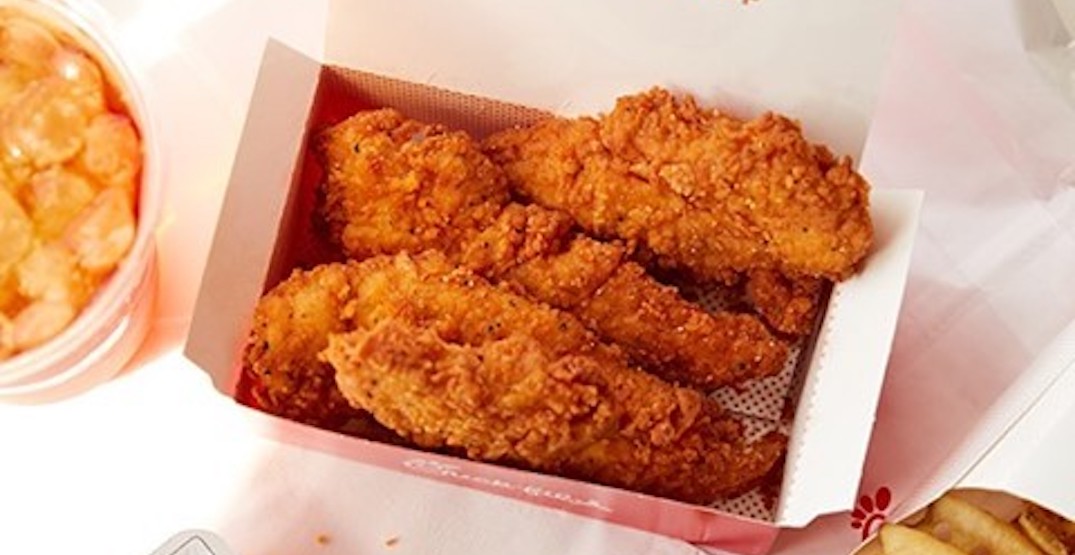 Chick-fil-A locations in Canada are serving up more heat with the addition of Spicy Chick-n-Strips.

They’re made from the most tender part of the chicken breast, according to the chain, and are seasoned with a spicy blend of peppers, hand-breaded and cooked in 100% refined peanut oil.

Snag these puppies up in three-count or four-count options.

Don’t have a Chick-fil-A near you? Don’t worry, because the company plans to open a ton of restaurant locations across the country by 2025.

They have already opened their fourth location in Toronto, at 336 Queen Street West, this year.The opening joins their other locations at 1 Bloor Street, at Yorkdale Mall and at STC.