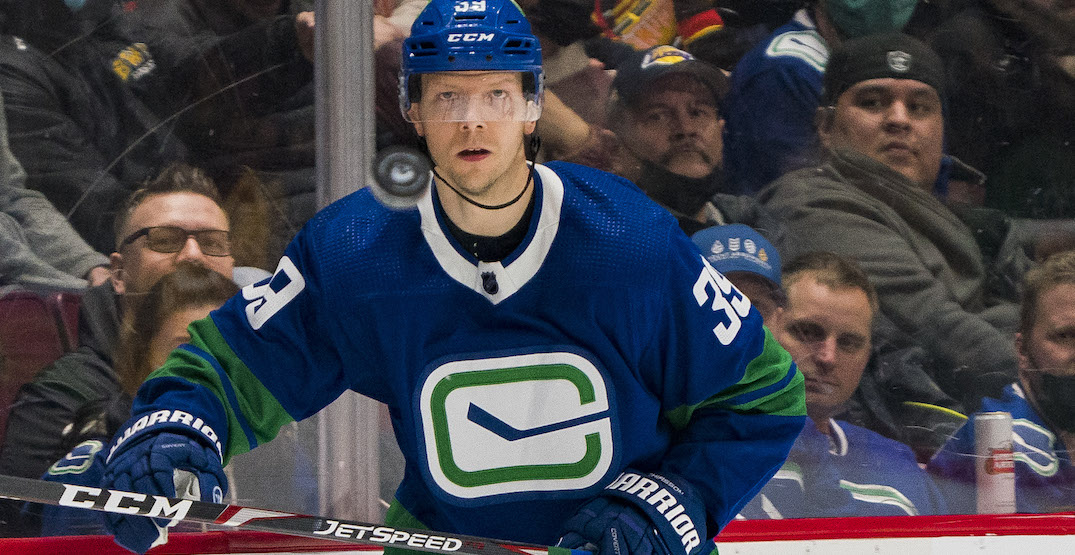 Veteran forward Alex Chiasson is open to a return to the Canucks.

After spending the past three seasons with the Edmonton Oilers, Chiasson was on a one-year, $750,000 contract with the Canucks this season.

In 67 games played in his first year in Vancouver, Chiasson put up 13 goals and nine assists, totalling 22 points. Chiasson’s deal ended up being one of the league’s top bargains, finishing 64th in the league on Capfriendly.com’s Cost Per Point tool.

“This is a really close group. The stretch that we went on for the last couple of weeks, it brings everyone together,” Chiasson told reporters at the season-ending media availability. “It would be an honour to come back next year.”

Chiasson has now played for six teams in his NHL career: Vancouver, Dallas, Ottawa, Washington, Calgary, and Edmonton, with his seven contracts totalling $11 million across his ten seasons in the league. Chiasson also won a Stanley Cup as a member of the 2018 Washington Capitals.

“You look back and you appreciate that because it’s hopefully giving me an opportunity to extend my career by a year or two,” Chiasson added. “It’s not always been easy, I’ve gone through three [pro tryout contracts] in my career.”