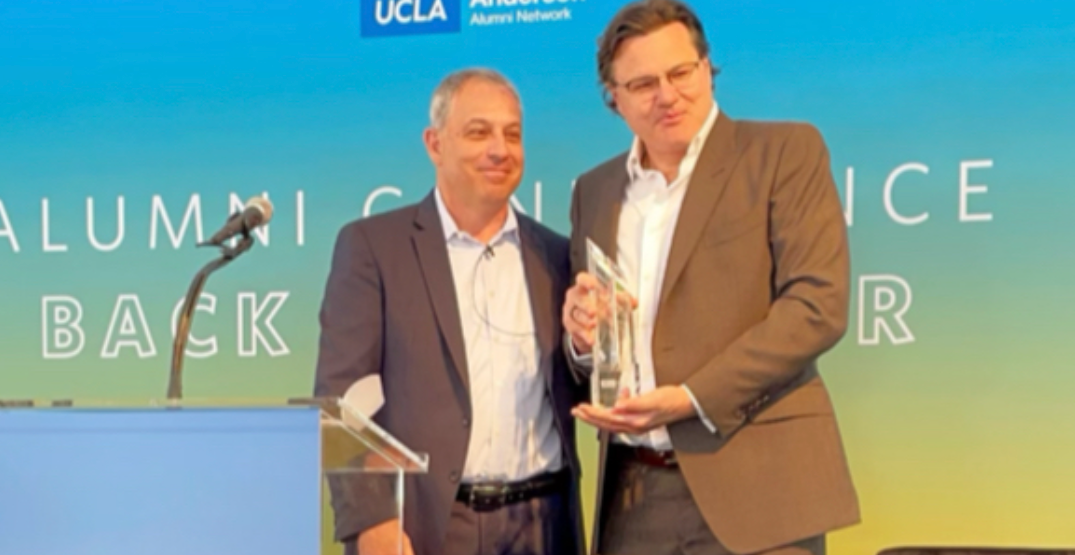 Vancouver Canucks owner Francesco Aquilini might not have been able to bring a Stanley Cup to the city during his time in charge of the team.

But that hasn’t stopped the Canucks owner from picking up a few pieces of personal hardware in the business development world.

“Every year, UCLA Anderson Alumni Awards recognize exceptional individuals who make a difference to the UCLA Anderson community and the world,” the award ceremony’s website reads.

“Very honoured,” he shared in a tweet while posting a photo of him receiving the award.

Aquilini graduated with an MBA from UCLA’s Anderson School of Management in 1994, while also having a business administration degree from Simon Fraser University.

In addition to owning the Canucks, Aquilini also serves on the board of directors for the Anderson School and is the Managing Director of Aquilini Investment Group Inc, founded by his father, Luigi.

Aquilini bought a 50% stake in the Canucks in 2004 before purchasing the remaining 50% in 2006, along with brothers Roberto and Paolo.

Under their guidance, Vancouver advanced to the 2011 Stanley Cup Final, won six division championships, and won two Presidents’ Trophies as the top regular season record in the NHL.

But it hasn’t been all roses under the Aquilini ownership, as the Canucks have now missed the playoffs in six of the last seven seasons, with the league’s 26th best point differential in that timeframe.