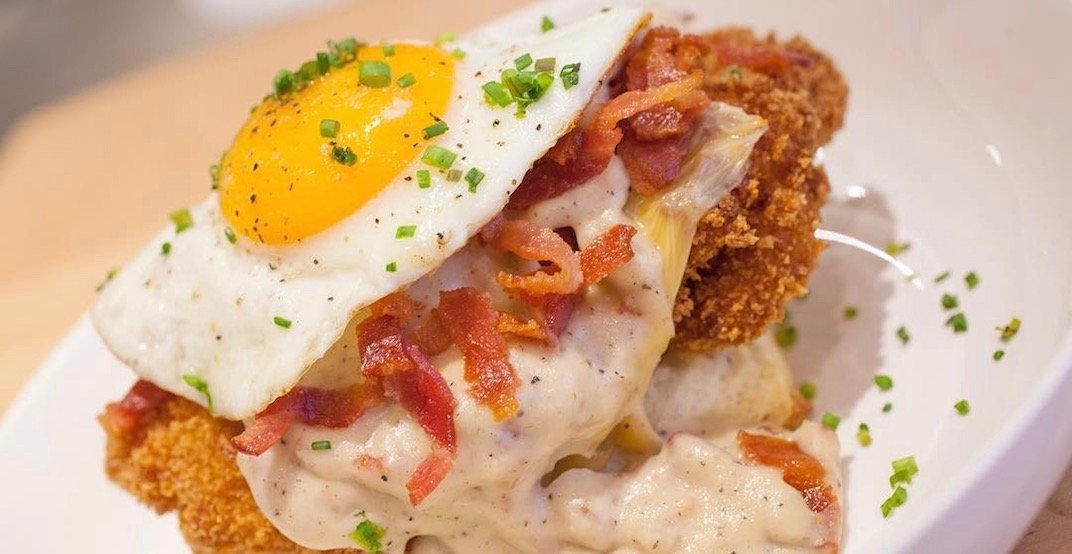 Chewies Biscuit Company will open at 2282 West 4th Avenue the former location of Raviolino gourmet pasta and food in Kitsilano.

This new biscuit-centric spot has been posting drool-worthy images of creations such as a biscuit sandwich made of chicken, a fried egg, bacon, cheddar cheese, and sausage gravy, and ‘Elvis’ variety with peanut butter, bacon, and banana, and even a take on French toast and biscuits made with housemade sausage and drizzled with syrup too.

Aside from epic biscuit sandwiches, it looks like Chewies Biscuit Company will also offer ‘bronuts’ which can only be explained as a biscuit doughnut mashup.

Whether you’re after a drumstick-topped bronut or some sweet and spicy fried chicken with jalapeño slaw between a fresh regular biscuit, it seems Chewies Biscuits will be the new place to head for comfort food in Vancouver soon.

Daily Hive has reached out to Chewies Biscuit Company for more info on their opening, but all of their social channels say September is the month they’ll be in operation, so stay tuned!