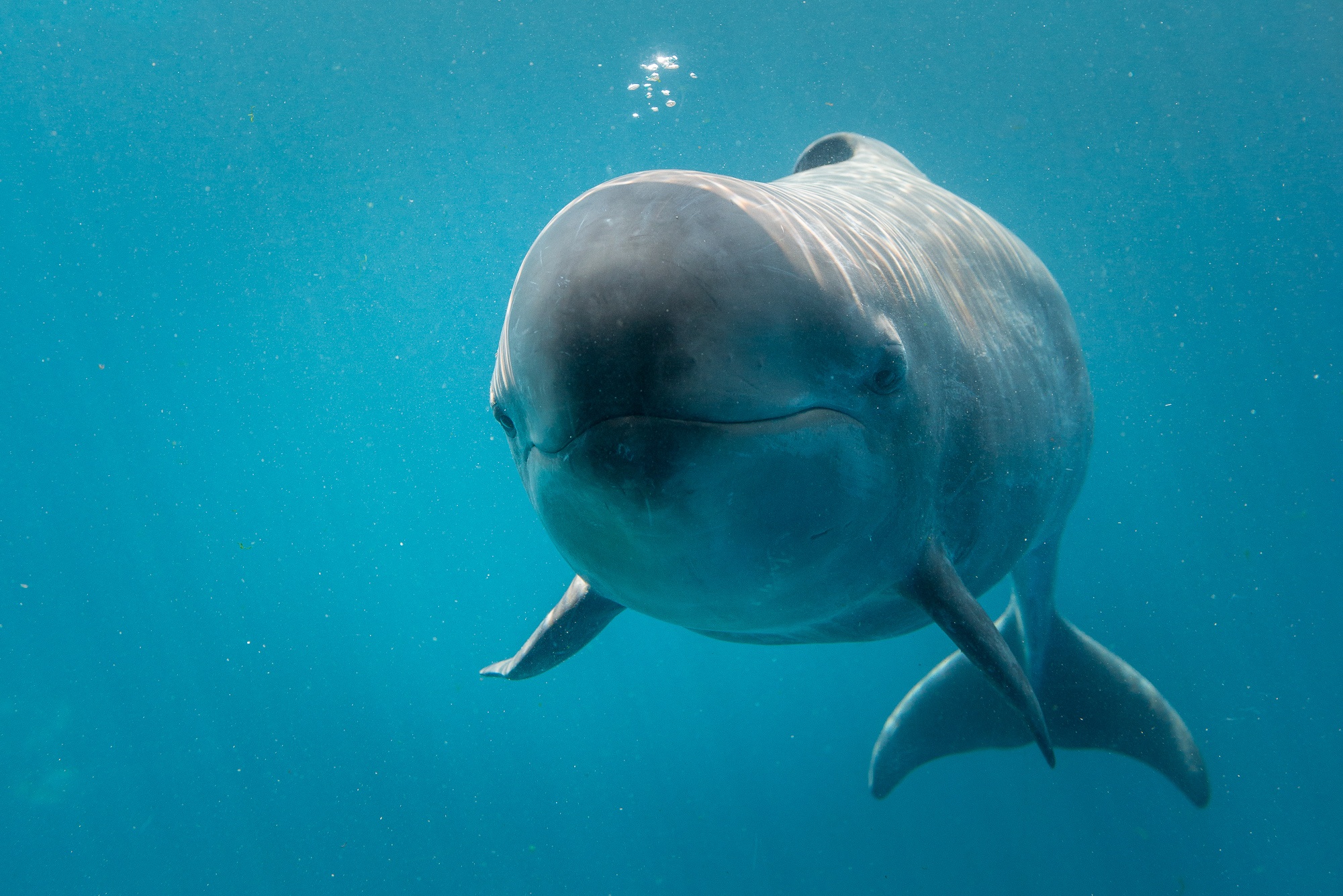 Chester, the rare false killer whale rescued as a four-week-old calf on a beach near Tofino, has died, the Vancouver Aquarium has confirmed.

The rare type of dolphin was found beached and in distress three years ago, with several lacerations and wounds along his body.

After recovering at the Marine Mammal Rescue Centre, he was deemed non-releasable, and spent the rest of his life at the Aquarium.

In a release announcing Chester’s death, head veterinarian Dr. Martin Haulena said Chester had taken a turn for the worse this week.

“Chester was looking well earlier this week, in his usual good spirits and responding well during his enrichment and training sessions,” he said.

“By Wednesday afternoon however, his behaviour changed. Despite overnight intensive care on Wednesday and Thursday, he passed away early Friday morning.”

“We know that stranded animals, possibly because of injuries sustained during stranding, do have incidences of renal failure later on,” he said. “That is something we’ll be looking at.”

According to the release, Chester was the first false killer whale calf to survive stranding in Canada, even though he had only a 10% chance of recovery.

He received more than 10,000 hours of veterinary treatment, rehabilitation and care from the volunteers and staff at the rescue centre, said the release.

“From the first day I met him, I knew he was a fighter, never giving up, always stepping up to the challenges that he faced,” write Sheehan.

“Over the years, he’s proven to be a sweet, fun and even mischievous animal. I often compared him to an energetic toddler who loved to play.”

Chester still had his health challenges, but “he would go on to become a beloved member of the Aquarium family: affectionate, cheeky, and full of fun,” read the release.

Very little is known of false killer whales, but Chester’s rehabilitation helped veterinarians, scientists and students around the world learn more about the species.

According to the release, over the years, Chester participated in vocalization and echolocation studies and assessment of his lung function via respirometry.

In the release, Sheehan said Chester had shared his joy and curiosity with four million people from all over the world.

“Spending these past three and half years with Chester has had a profound impact on the entire Vancouver Aquarium family, from employees and volunteers, to our members and visitors,” said Sheehan.

“We’ve been incredibly lucky to love him and to learn from him.”

Chester leaves behind one remaining cetacean at Vancouver Aquarium, Helen, a Pacific white sided dolphin, who was rescued from the coast of Japan in 2003.

The Aquarium was banned from bringing in new cetaceans earlier this year.