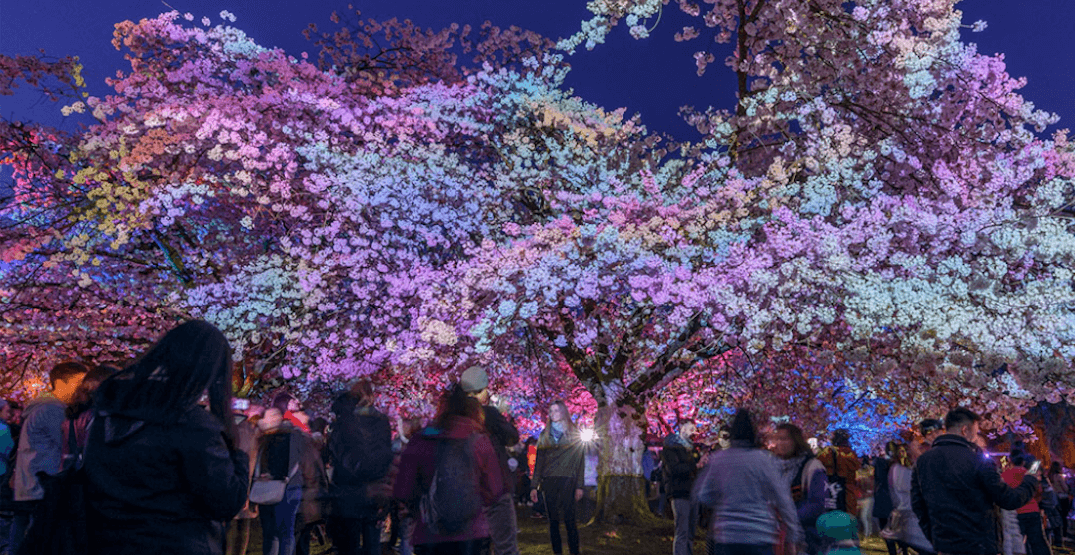 After a five-year stint, a popular springtime event in Vancouver that took place during the city’s Cherry Blossom Festival has announced it will not be happening this year.

Held as part of the city’s annual celebration, Spring Lights in Queen Elizabeth Park featured hundreds of colourful lights intertwined throughout the cherry blossoms, making for a unique after-dark show.

The free evening event was presented by Hfour, and was described by organizers as “the first of its kind in the world.”

However, in advance of Sakura Days this weekend, organizers have announced that this year’s event is a no-go.

In a statement, organizers said that due to circumstances beyond their control, “artists have indicated they are unable to stage Spring Lights or Nights of Light as originally planned.”

Organizers noted however, that they “look forward to bringing a blossom lighting event back in 2020.”

Other festival events, such as The Big Picnic, are still scheduled to go ahead as planned.

The festival itself is a nearly month-long festival takes place from April 4 to April 28, 2019, and spans across all of Metro Vancouver.