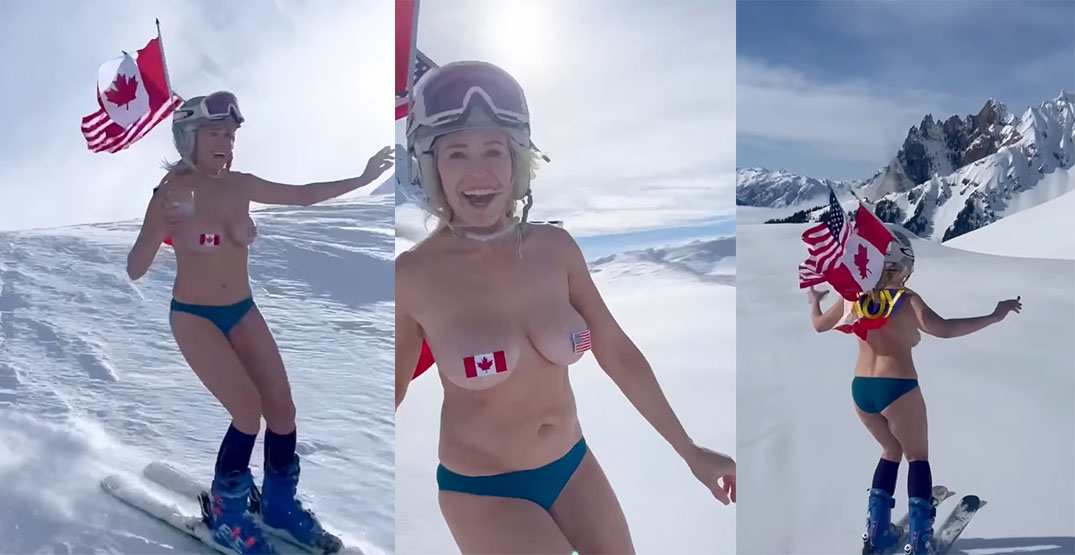 Comedian and actress Chelsea Handler took to the slopes for her 47th birthday Friday wearing nothing but her skis, a bikini bottom, and the flags of her three favourite countries.

In a video shared to Instagram, she smiled as she glided down the powdery run carrying a drink in one hand and a joint in the other.

For nipple coverage, Handler chose one Canadian flag pastie and one American flag pastie, and affixed one flag for each country to her ski helmet.

Although Handler is American, she often spends time in Canada and filmed her topless ski run last year in Whistler.

“I’m learning that no matter what country I’m in, I like to take my clothes off and smile,” she said last year.

This year, she also wore a Philippine flag on her back with “Koy” written across it — a tribute to her boyfriend and fellow comedian Jo Koy.

Koy followed behind her in a snowmobile.

Daily Hive has not confirmed where Handler filmed her 47th birthday run.