While B.C. is known for many things – rugged beauty, the Rocky Mountains, air so clean you can bottle it and ship it to China – giant felines native to Africa isn’t one of them.

According to the Creston RCMP, there’s a cheetah on the loose in the southeast Kootenay region of the province. The large cat was spotted near Crawford Bay on Thursday evening at around 4:30 p.m. 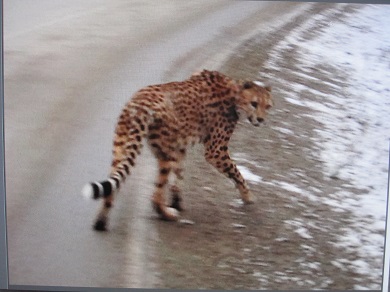 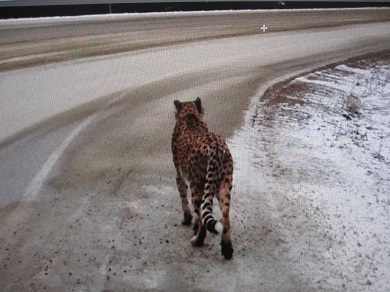 British Columbia Conservation services were immediately notified and they’re working together with the RCMP to try and safely locate the animal.

And, for obvious reasons, they’d like to have a little chat with the cheetah’s owner.

Corporal Dan Moskaluk said residents in the area have been notified, as well as staff in nearby Crawford Bay School, but he’s warning people to remain vigilant.

“BC Conservation Services advises that a cheetah is typically shy and less aggressive than other members of the Felidae Pantherineae (large cat) family. Regardless of it having a collar on, it should be considered and respected as a wild animal. Public safety along with the animal’s welfare are paramount at this time,” he said in a release.

If you spot the feline, the RCMP says not to approach it and to call 9-1-1 immediately or the Controlled Alien Species Unit of the British Columbia Conservation Service at 1-877-952-7277 to report the sighting.

Also, anyone with information on the animal’s owner can call Crime Stoppers.

For those of you who aren’t sure where Creston is, here’s a handy map (the cheetah is about 90 kilometres away from here):