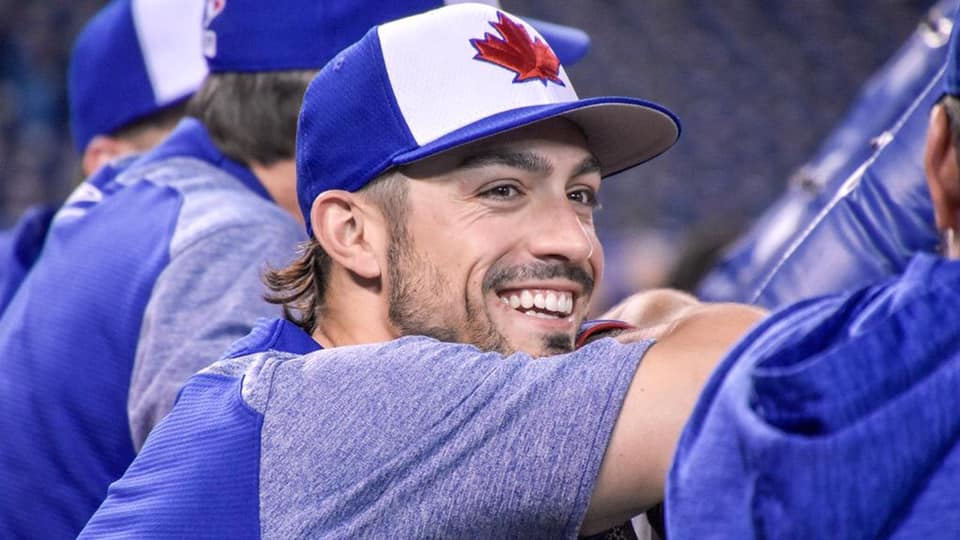 On February 14, Valentine’s Day, pitchers and catchers officially report to the Toronto Blue Jays’ spring training complex in Dunedin, Florida. If that isn’t a sign of divine baseball intervention from Cupid himself, nobody knows what is.

After a four-month hiatus, Jays fans are more than ready for the 2019 season to begin. Pitchers and catchers reporting for spring training is the first sign that baseball is on the horizon.

To get you in the mood for baseball, here are 14 Blue Jays-themed Valentines which will surely impress the apple of your eye. 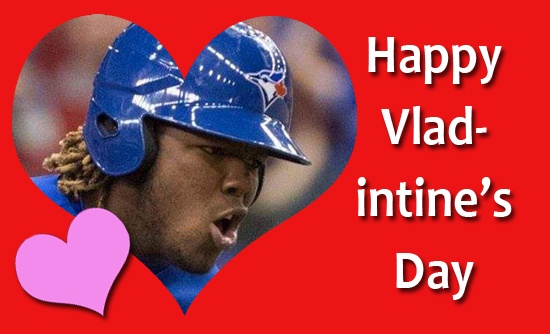 This Valentine won’t officially arrive until mid-April, but it will be well worth the wait. 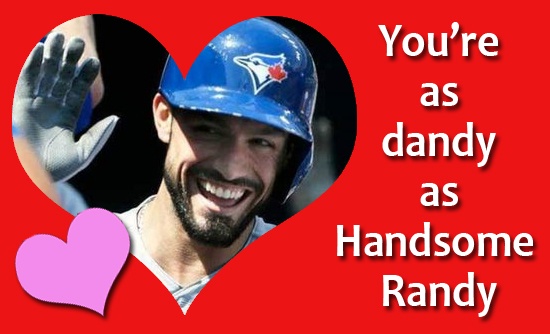 With one year under his belt as a Blue Jay, fans are falling for Randal Grichuk already. 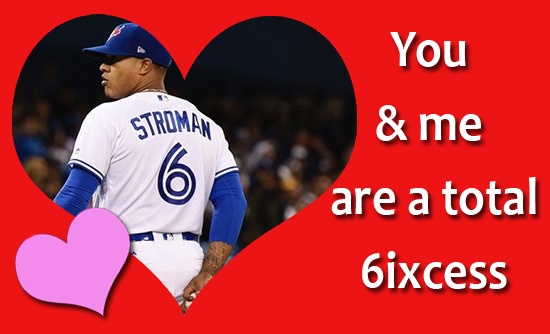 It’s going to be a big year in the 6ix for Marcus Stroman. 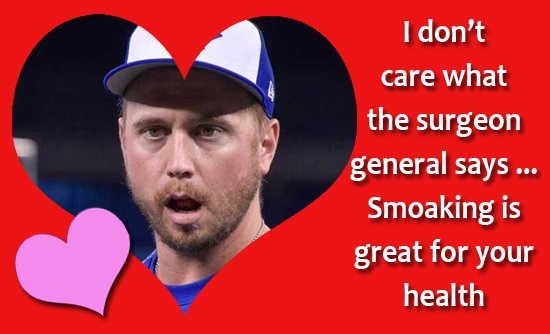 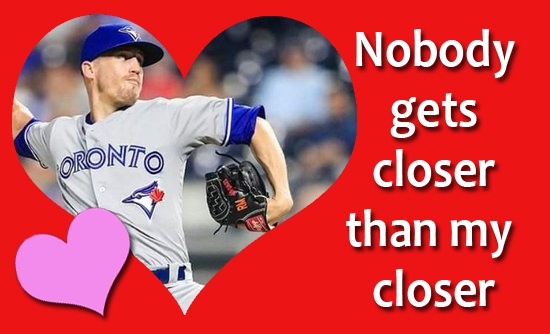 Ken Giles got a fresh start with the Blue Jays last year and he’s making the most of this opportunity as the team’s new closer. 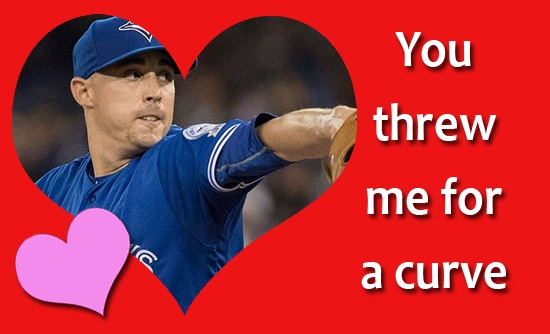 It wouldn’t hurt if Aaron Sanchez fell back in love with his curveball in 2019. After all, that’s part of the reason why he was so successful during his breakout 2016 campaign. 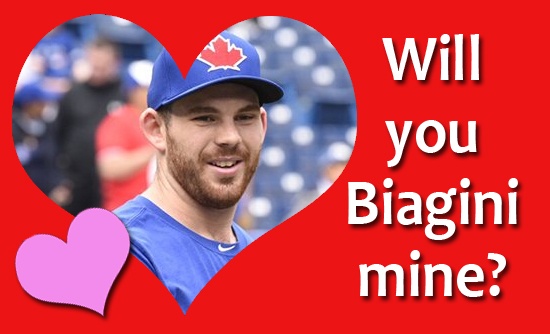 Joe Biagini is such a jokester, but when it comes to love, there’s no kidding around. 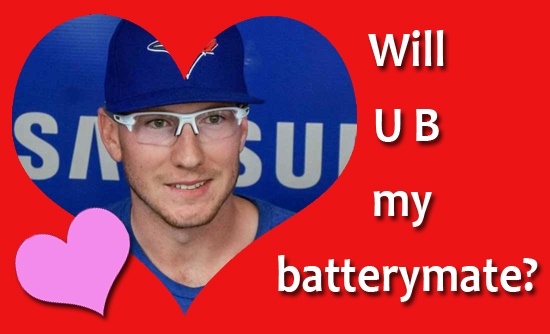 Danny Jansen is ready to win hearts and take over the reins as the Blue Jays starting catcher in 2019. 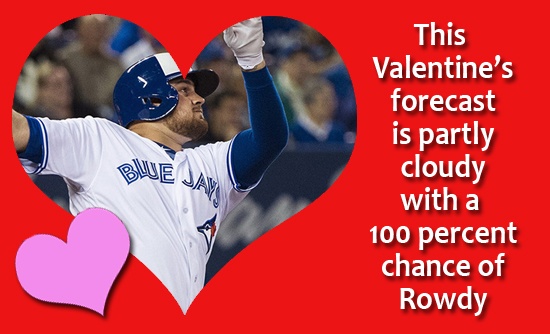 Rowdy Tellez was one of the feel-good stories of an otherwise forgettable 2018 season for the Blue Jays. Let’s hope he makes some more memories in 2019. 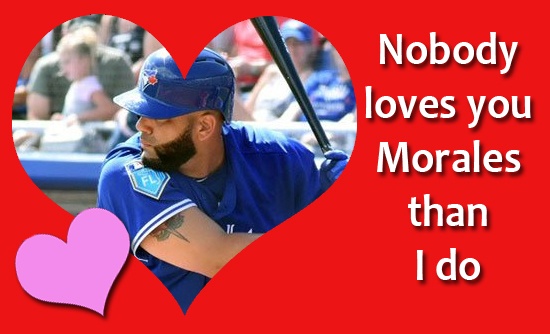 If you’re a devout Kendrys Morales fan, get your admiration in now … because he’s on the last year of his three-year, $33 million deal. 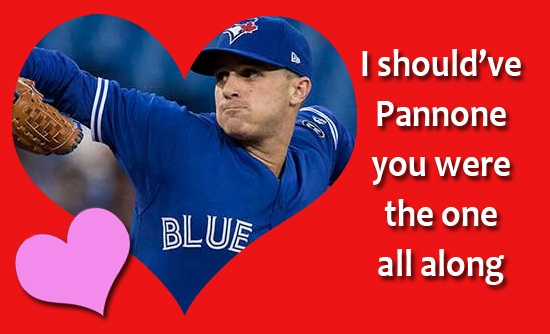 Thomas Pannone is one of about a dozen pitchers lying for a starting rotation spot in 2019. He’s hoping that a dozen roses will help his cause. 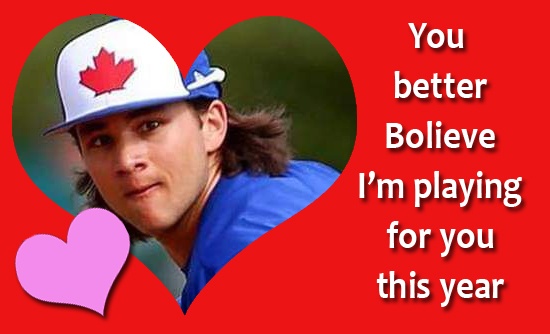 If everything breaks right this year, the Blue Jays might have a left side of the infield consisting of Bo Bichette and Vladimir Guerrero Jr. That shortstop/third base combination is going to break a lot of opponent’s hearts in the future. 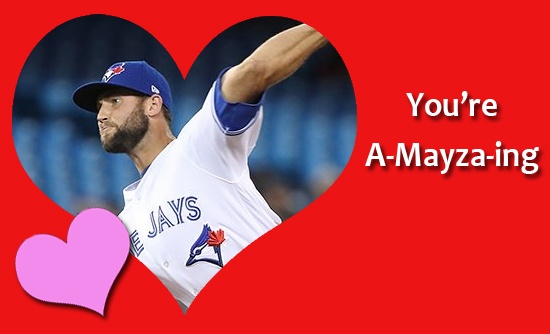 As of now, Tim Mayza forecasts as the Blue Jays’ primary left-handed reliever in the bullpen this season. If he can command his pitches, he’ll have no problem sticking around. 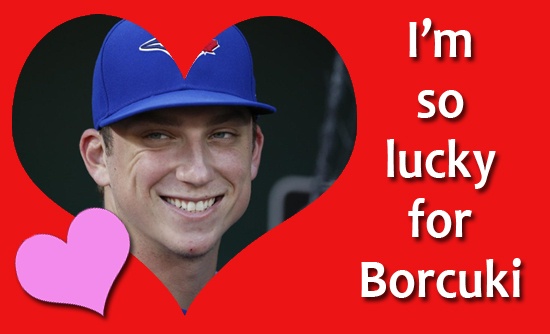 Last but not least, it’s Ryan Borucki. Everybody needs a reliable left-hander in their life and Borucki is the poster boy for a steady lefty.