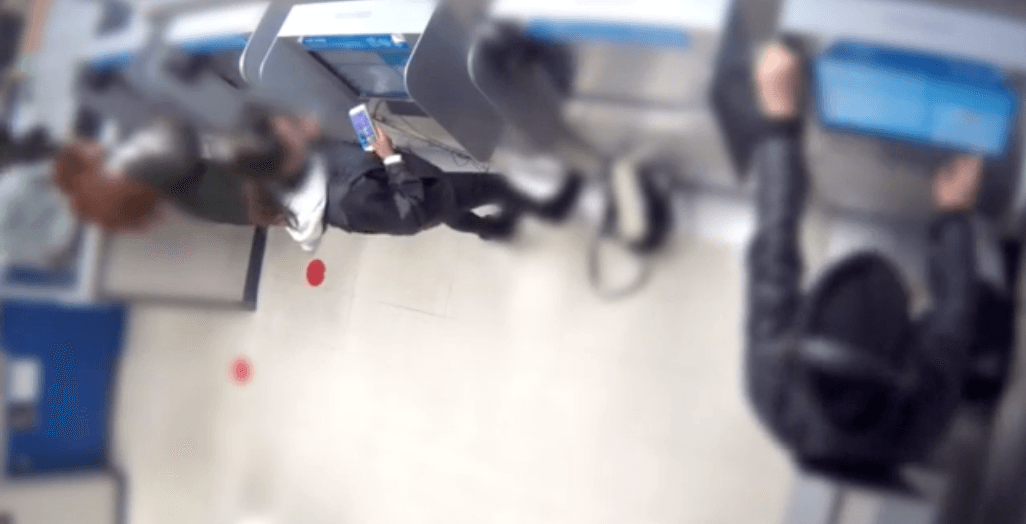 ICBC has released footage of several people who attempted to cheat on their written driver’s test, along with an important message to “put in the time and study.”

The message comes on behalf of Joanna Linsangan, ICBC Spokesperson, who explains that the footage was captured from Surrey and Langley, although cheaters can be found in all areas.

“These were people that were caught on surveillance camera in the act,” she says. “It’s serious business — you need to know the rules of the road.”

One instance shows a test taker sneakily look both ways and then pull their phone from their pocket. The person takes a photo of their screen and sends it off to a friend.

Before they even get a reply back, the staff at the Driver Services Centre take notice.

Other clips show similar strategies, with test takers attempting to better hide their phone with their bodies, however, mounted security cameras still manage to catch them in the act.

According to Linsangan, they’ve also caught people attempting to cheat with Apple watches and AirPods. Other cases include a woman who had taken screenshots of the practice test, as well as someone who purchased an “answer key” to the test for $200.

“The questions on the written test are always different,” she noted. “It’s $200 down the drain, but it’s hard to feel remorse for cheaters.”

ICBC’s driver’s test consists of a huge pool of questions, always randomly selected. The answers are always randomized and on top of that, branches will conduct regular audits to ensure that they’re always on top of things.

“It’s virtually impossible to even try and cheat,” says Linsangan.

Not only that, but cheating comes with a number of consequences.

A first offence means failing the test automatically, as well as being unable to book another knowledge test for 30 days. A second offence results in not being able to take the test for 60 days.

Being caught a third time means that offenders will be flagged, meaning that any transaction with ICBC will receive much more scrutiny.

“It’s not just about taking a test at that point,” says Linsangan. “It means we’ll take a much closer look at things like renewing your license and making a claim.”

“Put in the time and study. There are lots of resources on our website and a lot of questions are common sense, but it’s important to know the rules of the road,” she says. “That’s how we prevent crashes.”