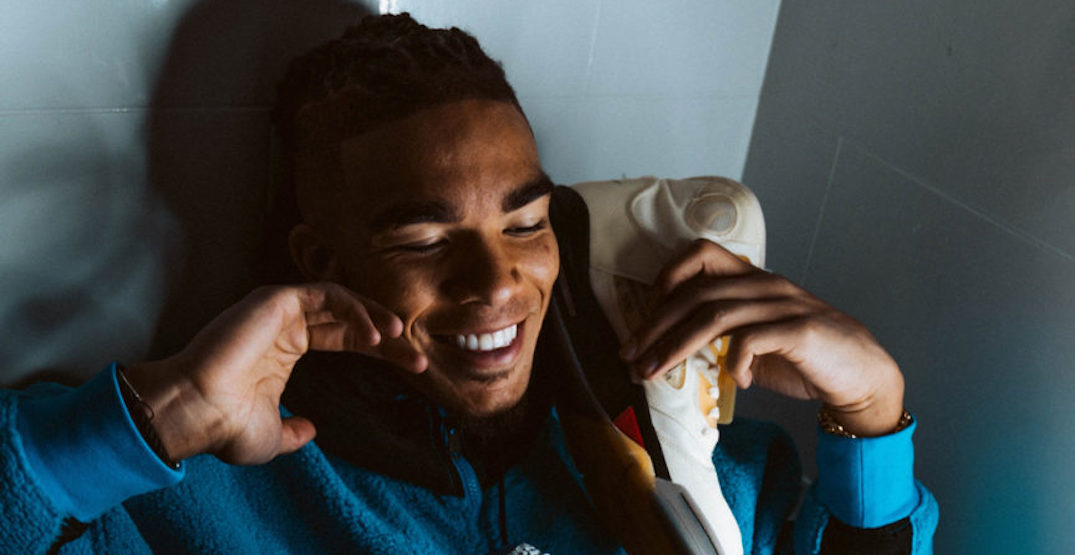 The Abbotsford, BC native is now a member of Jordan Brand, Micheal Jordan’s apparel company. There are currently only 23 NFL players who are signed with the company, including Claypool’s Pittsburgh Steelers teammate Joe Haden.

When I asked coach Tomlin which apparel company I should sign with he told me… “when Jordan calls, you answer.” I Gotchu coach. OFFIClALLY A @Jumpman23 Athlete!! pic.twitter.com/sySKqhFdCt

“There’s a select few representing Jordan Brand in the league,” Claypool said. “When you look at the roster, those are the people killing it right now. So when you lace up those Jordans, you want to be at the same level as the other guys. It’s a family environment, but you’re also competing and trying to make each other better.”

Claypool’s apparel deal with Jordan adds to his impressive resume for the former Notre Dame product. The 22-year-old had a sensational rookie season with the Steelers, with 62 receptions for 873 yards and nine touchdowns, setting some records along the way.

“Joe told me that they really take care of you at Jordan Brand,” Claypool said when asked how much Haden played a part in signing with Jordan. “The more I talked to Joe, the easier it was to make the decision.”

"I always want to be different in a good way. I wanted to be someone people could look up to."

Learn more about star rookie @ChaseClaypool’s journey to Jordan Brand, and how he uses his platform to spread mental health awareness.

Claypool has also started his own apparel group to create merchandise based on his nickname “Mapletron,” such as masks, hoodies, t-shirts, and phone cases.

You guys asked! We delivered!
Mapletron merch just dropped and it’s available at https://t.co/96SFexz8LZ
Retweet for a chance to win a free care package 💛🖤 pic.twitter.com/AdmonbVgG5