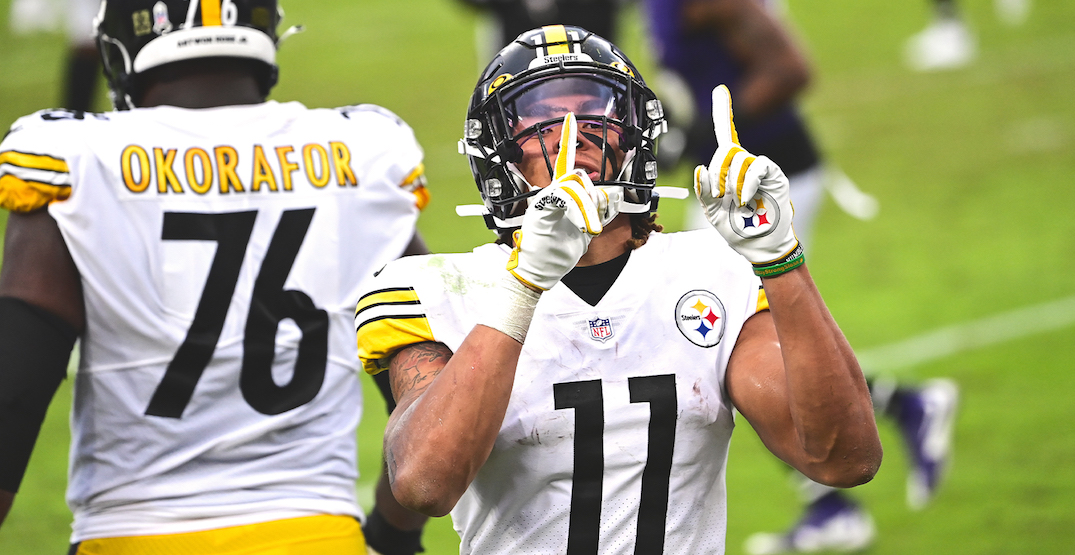 What a start it has been to Chase Claypool’s NFL career.

The 22-year-old Abbotsford native scored another touchdown on Sunday, reeling in a 31-yard TD pass from Ben Roethlisberger midway through the second quarter in Jacksonville. It was his 10th touchdown in his 10th game, all coming in wins for the perfect 10-0 Pittsburgh Steelers.

Remarkably, the touchdown set a Super Bowl-era record. Claypool is the first wide receiver since 1960, and just the fourth in league history, to score 10 touchdowns in his first 10 games.

.@ChaseClaypool is the first wide receiver in the Super Bowl era & the fourth in league history with at least 10 total touchdowns in his first 10 games. pic.twitter.com/nyse3UKcyh

“Mapletron” currently ranks eighth in the NFL in touchdown receptions this season, on top of the two rushing touchdowns he has scored. He also leads his team in receiving yards with 559 yards.

.@ChaseClaypool has been on 🔥 this season.