Charlie’s Little Italian is located at the old location of Habit, and is still owned by Cascade Company group of restaurants. It’s more casual than Habit and has a strong neighbourhood feel and features antipasti, pastas and a few meatier main courses. There are also plenty of daily specials to widen the variety for more regular diners. 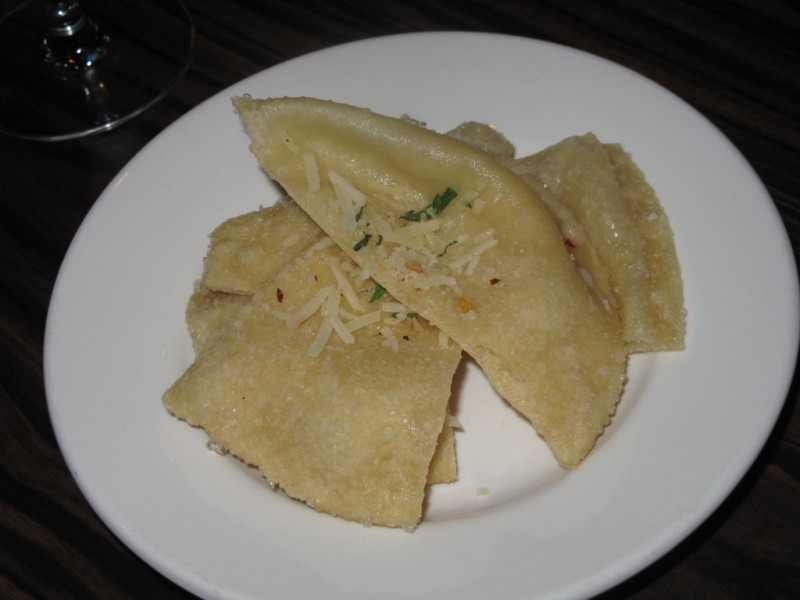 Things started off with a few servings of Fried Bread, on the house. The bread has some parmesan, chillies and herbs sprinkled on top but the flavour is really mild. I thought the bread was just a touch oily, but the chewy texture is fantastic, something similar to a naan. 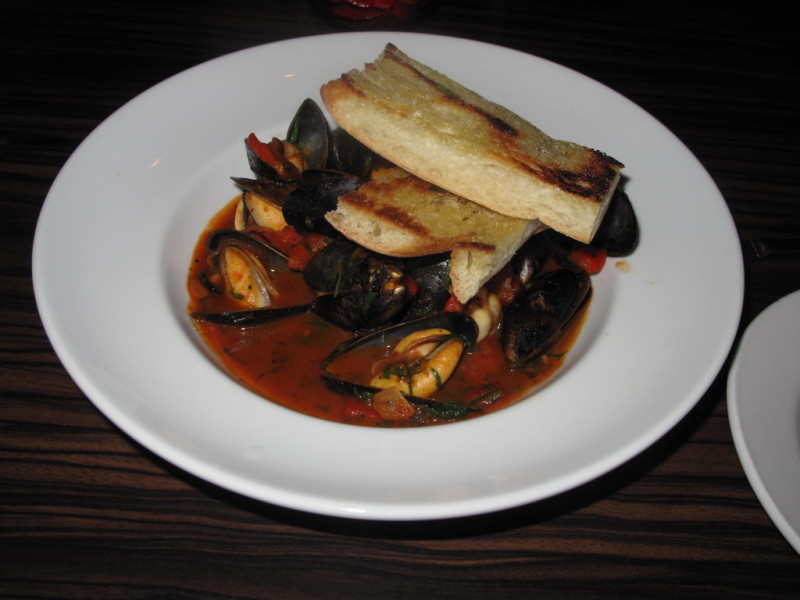 Our first starter was the Saltspring Island Steamed Mussels. The broth is tomato-based with some roasted red peppers and a hint of chilli. The mussels were meaty and had a sweet ocean flavour. And I liked that there was lots of foccacia to soak up the extra sauce. 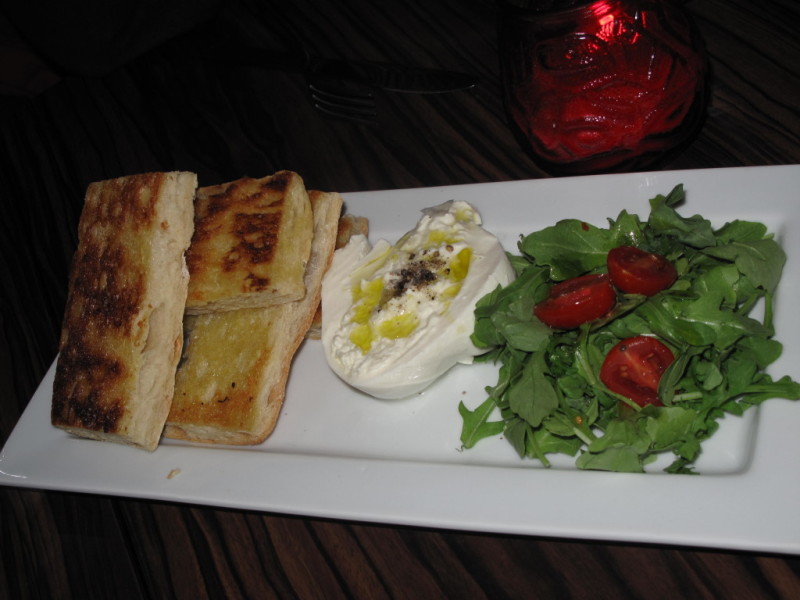 They had a special antipasti tonight, and it was their Burrata. Super creamy and drizzled with some olive oil, this dish was quite decadent and perfect for sharing. I liked the bitter greens that they paired this with as it helps to tone down the richness of the burrata. The crunchy bread makes a lovely plate for this appetizer. 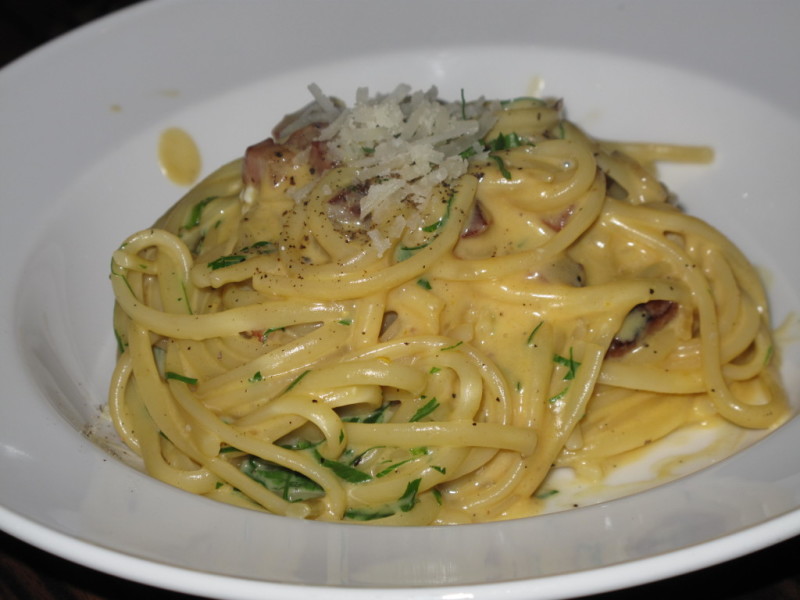 I really wanted to try a pasta, but also want to try a main as well. The staff at Charlie’s agreed to split a full serving of Linguine Carbonara into two appetizer-sized servings. The free-range egg gave the dish a burst of creaminess and the smokey guanciale gave it the saltiness. This is a very rich dish and even for a main course, this would be very filling. Do yourself a favour and split this with a friend to avoid a food coma. 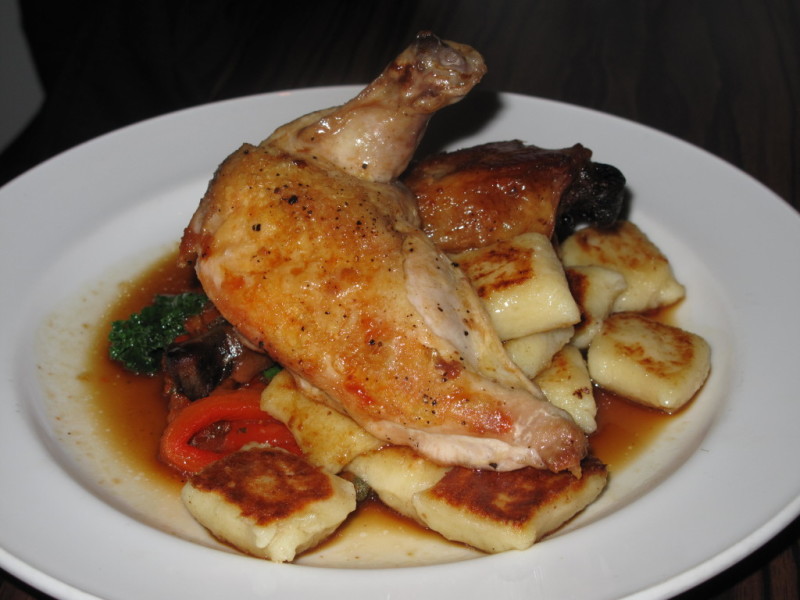 We also tried their Cannelloni Al Forno, another rich dish with ricotta, spinach & mushrooms with a tomato cream sauce. I always find stuffed pastas to be a bit overcooked, but if you are a fan of stuffed pastas, you have to try this dish. 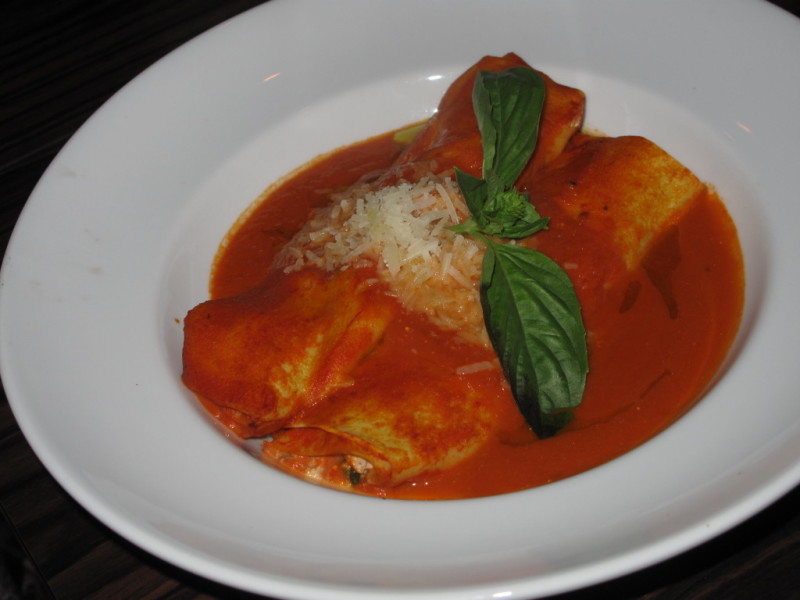 Onto the mains! First to arrive is the Game Hen, which, sadly, has fallen off from their regular menu. I hope it resurfaces as a daily special though. The portion is quite big, with a breast as well as a leg. I was hoping that the skin would be crispy, but, alas, it wasn’t, although there was still plenty of flavour. The potato gnocchi had a nice sear and a well-developed crust. The veggies on the place beneath the hen are kale and roasted red peppers. 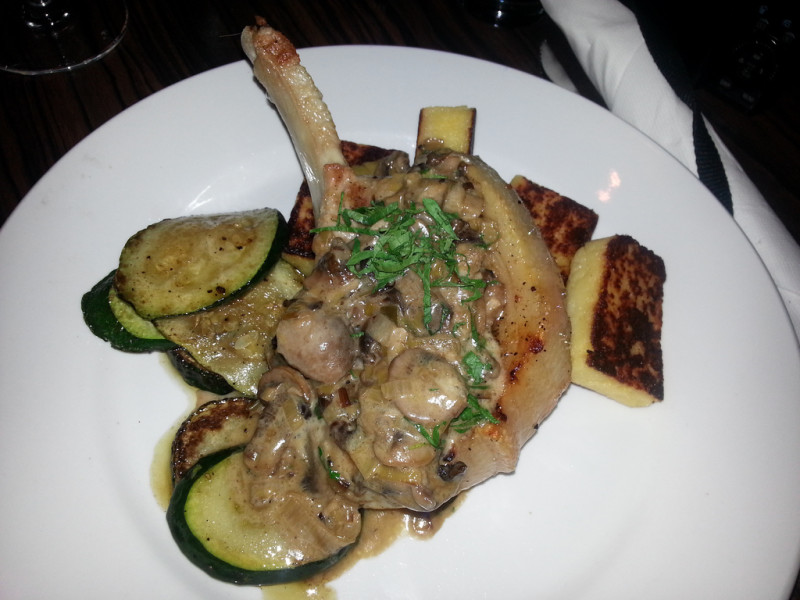 One item that was on special the night we went has made it onto the regular menu, the Pork Chop. The side is a Roman Gnocchi, which our waitress explained that it’s a variation from a regular gnocchi since there is a touch of ricotta. The texture was really creamy, almost polenta-like. The pork chop was a bit too fatty (see right hand side of plate). Take off the fat and you’re left with a really juicy piece of meat. The sauce had strong hints of mushroom, I just wish there was more of it to flavour up the gnocchi.

They have weekend brunches, as well as daily drink specials. For those who are looking for gluten-free options, they are available here. And there is also a kid’s menu, as well.