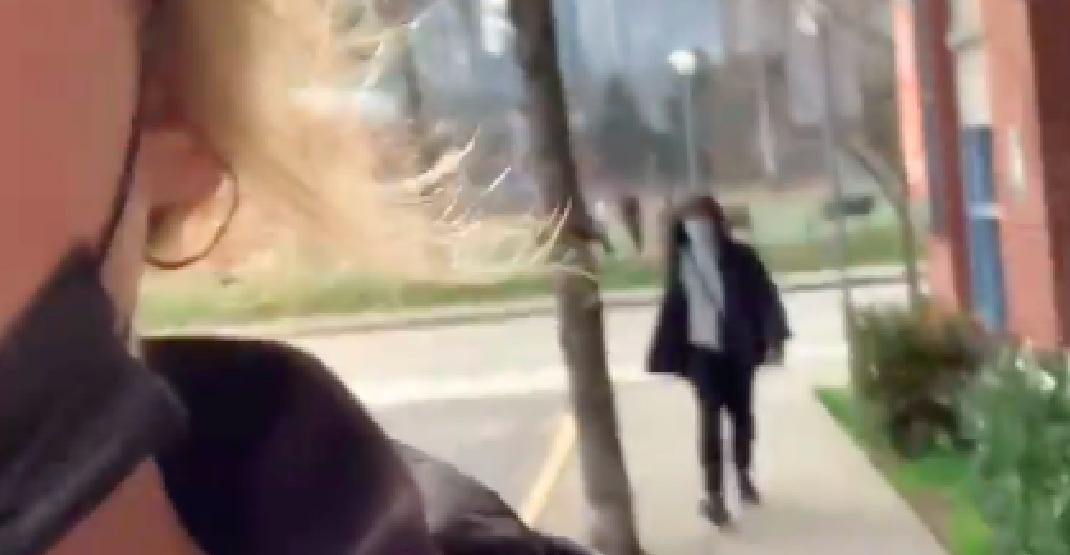 The suspect involved in a disturbing stalking incident in Vancouver has pleaded guilty to multiple charges and will be on probation for one year.

Earlier this year, Jamie Coutts had just left the Shoppers Drug Mart at Dunsmuir and Granville Street, when she sensed that someone was following “less than two feet” behind her.

“I quickly stepped off the sidewalk to let the person pass, instead of passing they just stopped and stared at me,” she said on social media.

Coutts says that she told the man that he was walking too close to her but he continued to follow her, even after she attempted to loop around the block several times.

She recorded the man for nearly 10 minutes and at one point, the suspect appeared to pull a switchblade out of his pocket.

Coutts would eventually arrive at a skate park and sit with a group of people she didn’t know. The man stopped several feet away from the group and continued to stare at them, she said. It was only after a few minutes that the man finally left.

33-year-old Mohammed Majidpour was later arrested on March 19 for assaulting a woman. And on September 24, he pleaded guilty to multiple charges including mischief, uttering threats, and assault with a weapon.

This is in addition to charges of criminal harassment, mischief, break-and-enter, assault with a record, and uttering threats that were approved against Majidpour for separate incidents.

The BC Prosecution Service says that he was sentenced to one day in jail and was placed on probation for 12 months.

“All other charges were stayed at the completion of the sentencing hearing,” the BC Prosecution Service tells Daily Hive in a statement. “The resolution, in this case, was arrived at following resolution discussions between Crown Counsel and counsel for the accused.”