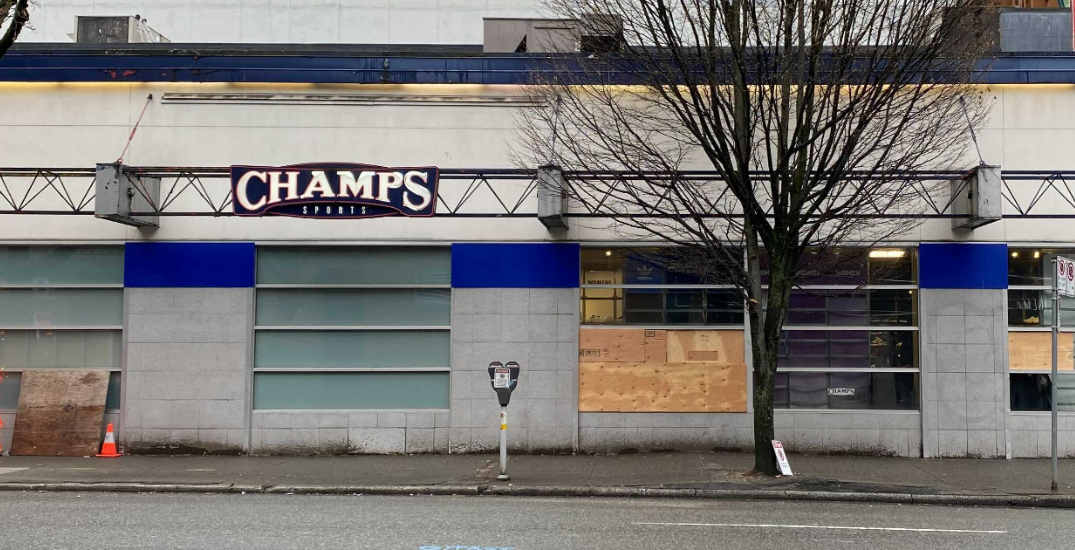 A retail store in downtown Vancouver was broken into multiple times over a one-week period.

The Champs Sports store at 897 Granville Street had its windows smashed three times in seven days at the end of February, an employee told Daily Hive.

Over $6,000 worth of merchandise was taken during the break-ins, all of it clothing.

Sergeant Steve Addison confirmed that Vancouver Police are investigating the incidents, but that no arrests have been made.

According to the staff member, Champs employees have now begun taking items out of the window displays when they close the store each night.

The front windows remain boarded up nearly two weeks after the break-ins as the store waits for a repairperson.