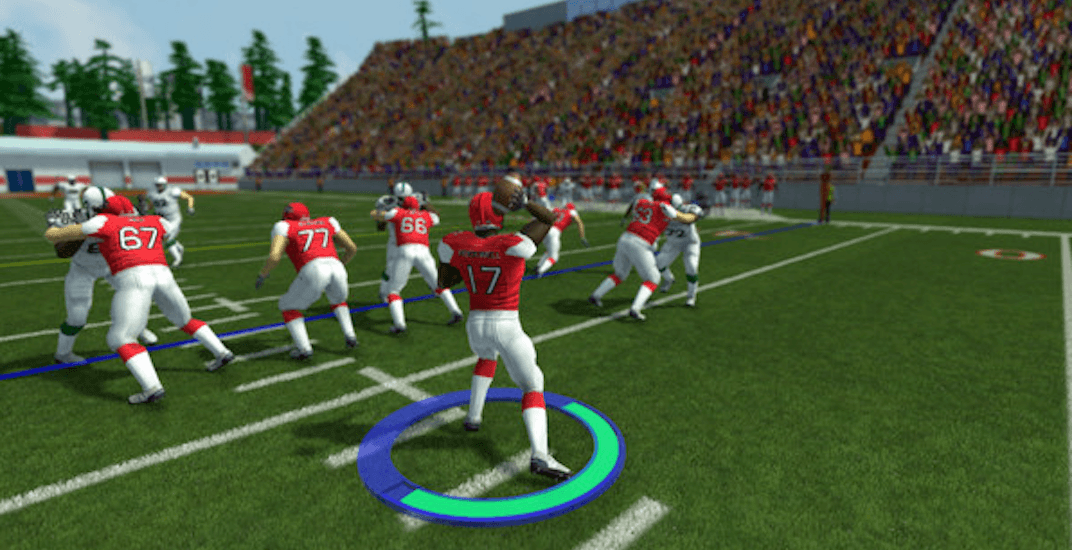 Finally, the CFL has its own video game.

Canadian Football 2017 is here, and it’s the first of its kind for a video game console of Canada’s version of the sport.

There have been American football video games for years, dating back to the 1980s. The NFL began licensing deals with games shortly after.

The game is from Canuck Play Inc., a company based in Peterborough, Ontario. Here’s how they’re selling it to consumers:

Fast, explosive offensive action, we have it all in our Canadian gridiron simulation title that brings to fans everything they love about how Canucks have been playing the game for more than 100 years. For the first time, fans can play the Canadian game on a console – that means 12 players, 3 downs, 20 seconds, and no fair catch eh!

While the game screams CFL in nearly every way imaginable, it’s not actually officially licensed by the league.

“To bring [the CFL] on board, or to have them on board, there needs to be an adjustment in thinking as to what you can do with your expected revenues and how much money you can spend, so until that changes we’re kind of on our own,” said David Winter, president of Canuck Play.

While the game features teams from each of the nine CFL cities in familiar-looking jerseys, the team nicknames are different. Instead of the BC Lions, they have the BC Timberwolves, for instance.

They’ve even replicated the look of each CFL stadium, so when you’re playing in Calgary, the stadium looks like McMahon Field. When you’re in Montreal, it’s like you’re at Percival Molson Stadium. Unofficially, of course.

While the cost of licensing the game is too much for the gaming company (for now, anyway), you have to start from somewhere. The first Madden video game didn’t initially feature NFL official team or player names. It wasn’t until the seventh edition of the game in 1994 that the NFL came on board.

If the game gains in popularity, it would be a natural for the CFL to come on board. If you can get kids hooked on your video game, it’ll bode well for them getting hooked on your league.

Canadian Football 2017 has been available for download since July 26 on XBox One and Steam.