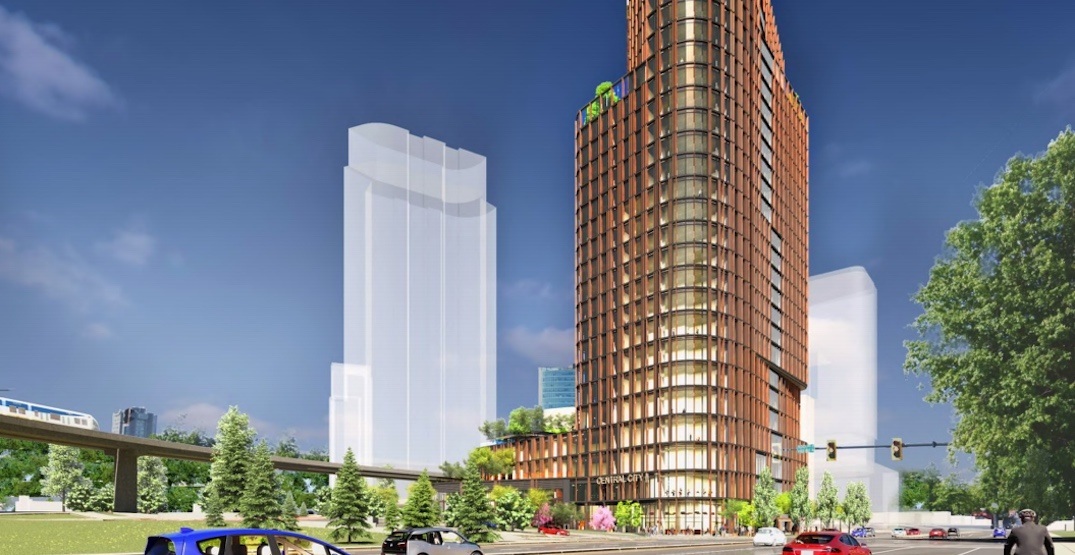 A developer behind a proposal to build an office tower in Surrey city centre has circled back to the municipal government, informing the city that a taller building is not desired nor feasible. 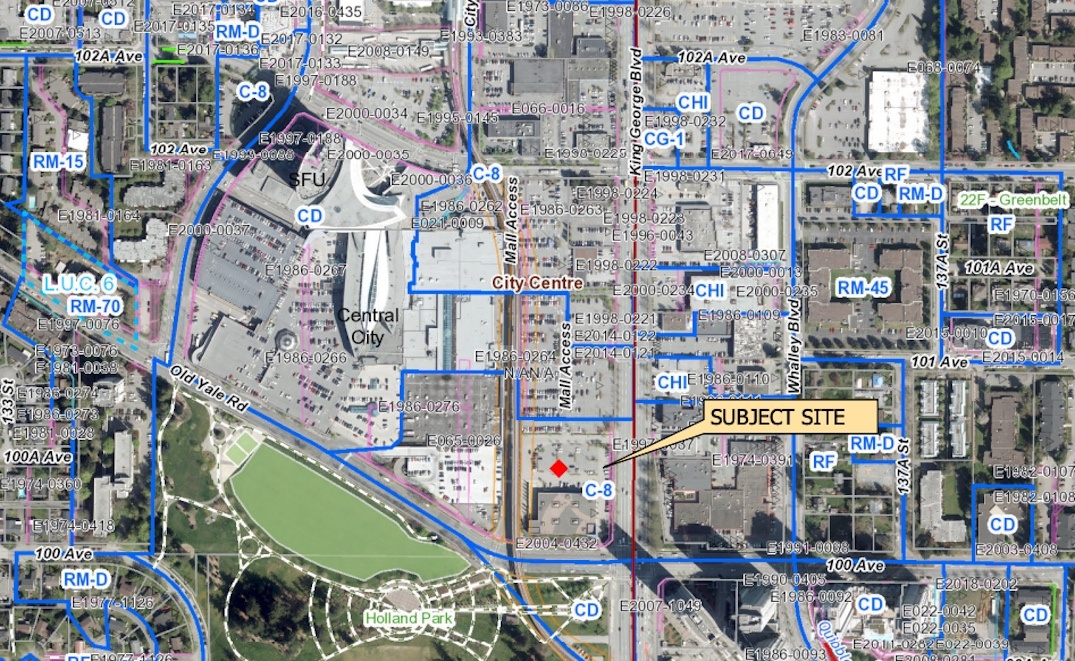 As a result of the decision, city council requested Blackwood Partners — the owner of Central City shopping mall — to consider a taller design, as it was city council’s view that a taller tower was more appropriate for the prominent location in Surrey’s emerging downtown area and its distance of 200 metres from SkyTrain’s King George Station. 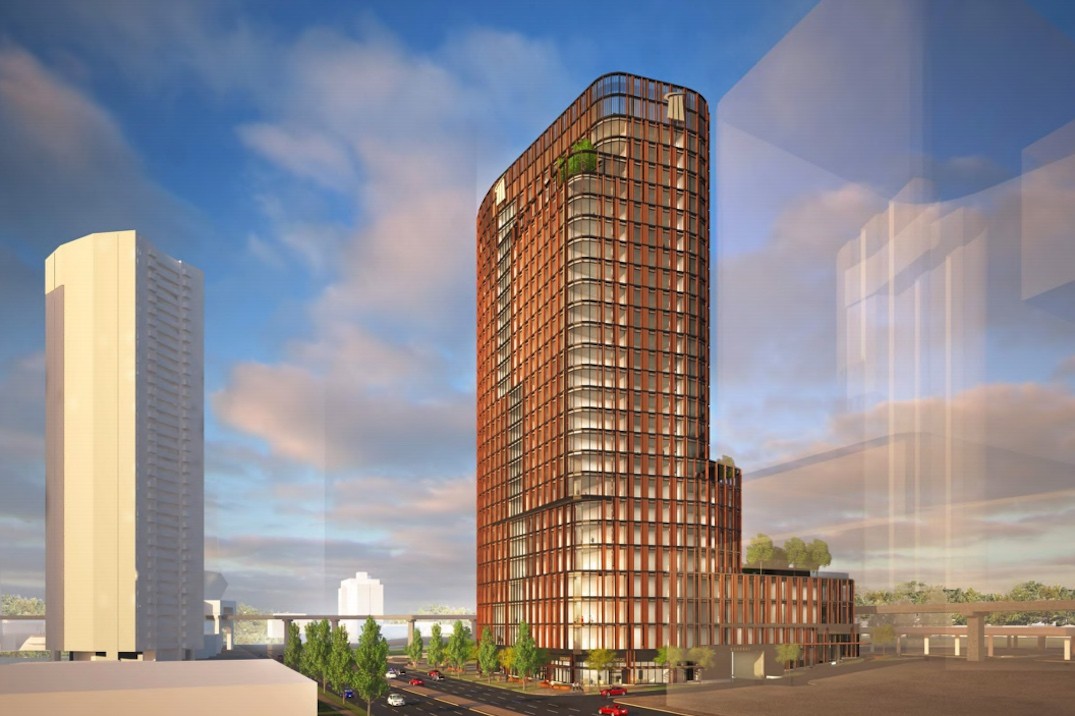 A city staff report to be reviewed by city council in a meeting tonight indicates the developer has reaffirmed their position that there is insufficient market demand in Surrey to support additional office space for extra building height.

“Based on market study analysis undertaken by the applicant, the applicant indicates that it is unlikely that it will be possible to secure sufficient pre-leasing commitments to support the development of a larger office tower,” reads the report. 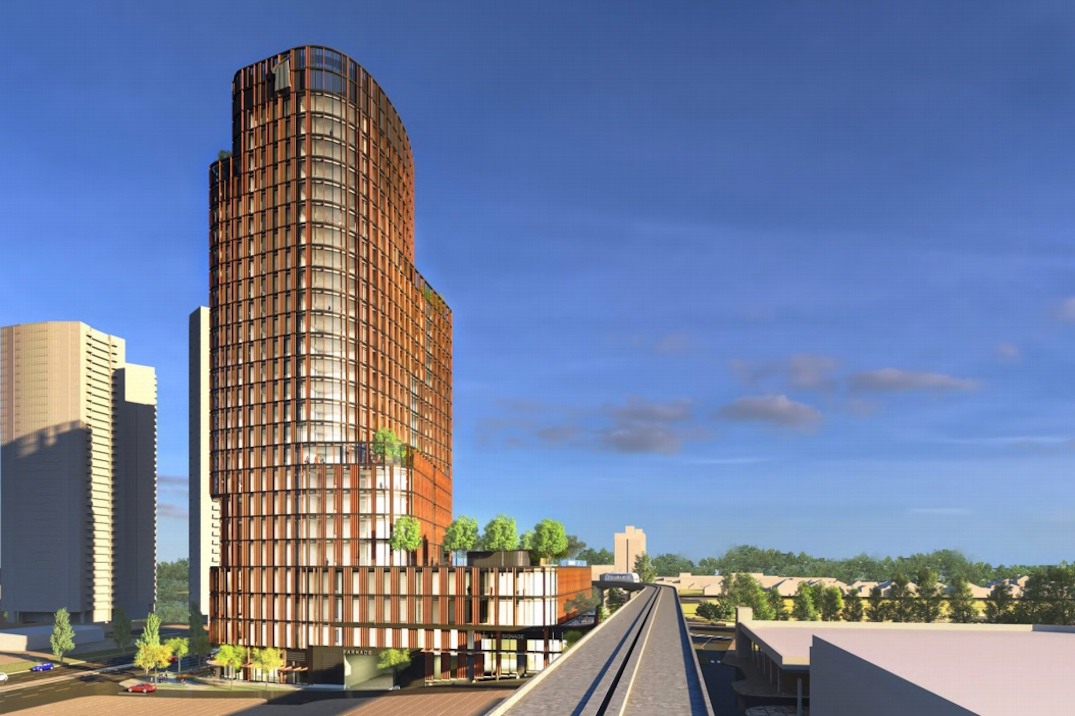 The proposed office tower, designed by ZGF Architects, has a comparable height to Concord’s 36-storey Infinity and Park Place condominium towers immediately across the street, which are both about 382 ft in height. While the proposed office tower has less floors than these residential buildings, office floors typically have taller floor-to-ceiling heights.

The floor plates of the proposed office tower range between 37,500 sq. ft. at the base and 16,625 sq. ft. at the top. The report suggests a reconfiguration of the tower’s floor area, creating a slimmer tower for additional floors, is not desired as there is current market demand — especially from tech companies — for large office floor plates. 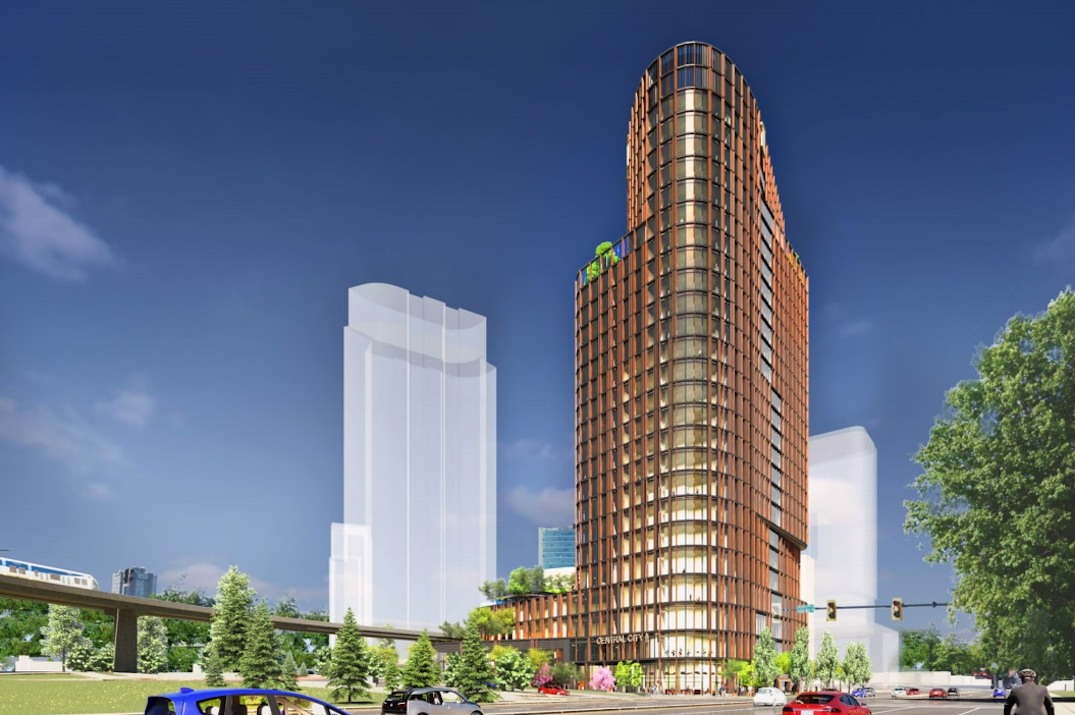 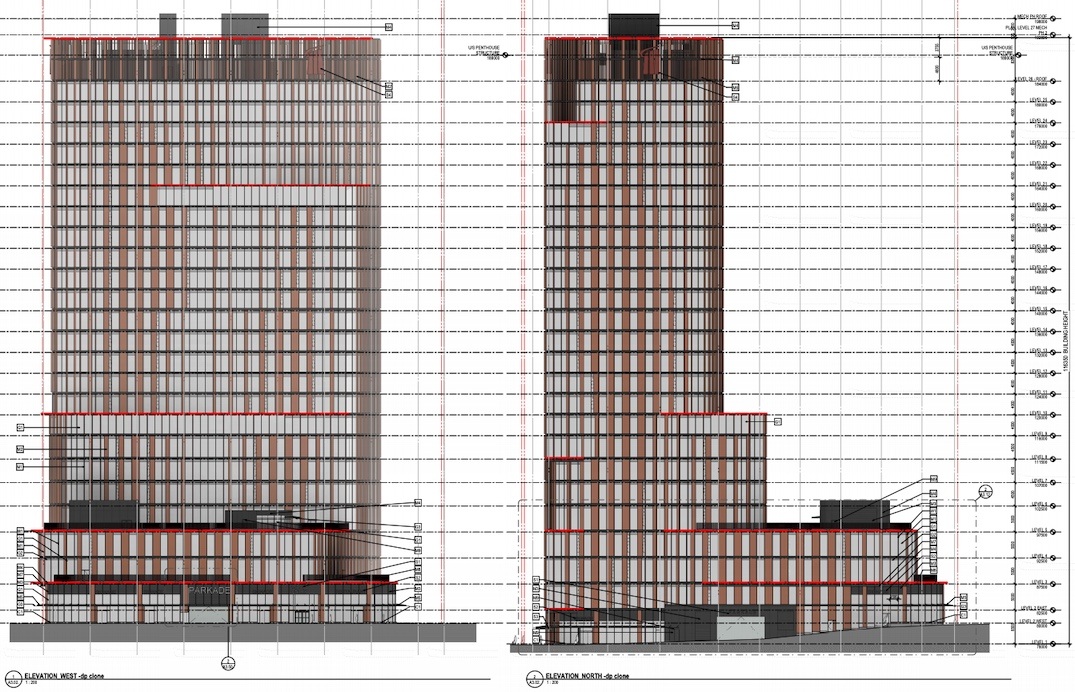 Added height from incorporate a mix of uses, such as residential and hotel, could theoretically be accomplished, but it not contemplated by the proponents.

This tower proposal is the first phase of an eventual multi-phased redevelopment of the entire shopping mall property, which includes not only developing the ground-level parking lots but also demolishing the existing indoor mall.

“Early concept planning exercises related to the future Master Plan envision multiple mid-rise and high rise office and residential towers that will result in significant densification of the site,” the report adds. 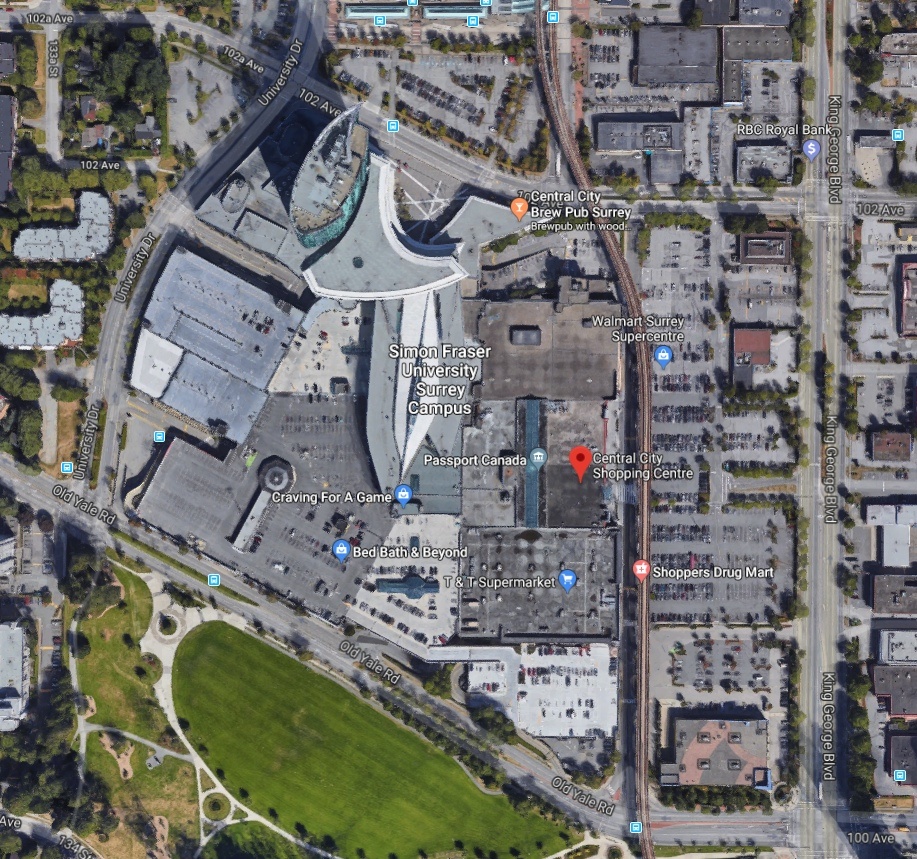