If you weren’t able to catch Céline Dion at her Vegas residency, we’ve got some good news for you. The diva will be performing in Vancouver next year… twice.

While earlier this spring, the legendary Canadian songstress announced she would be stopping in Van City as part of her Courage world tour.  She announced this morning she’s adding a second stop in Vancouver.

Dion will be making dozens of stops for her Courage World Tour and is set to perform in Vancouver on April 17, 2020, at Rogers Arena. The second show is scheduled for April 18, 2020.

The whirlwind tour touches down in nearly 100 cities worldwide, including first time appearances in Malta and Cyprus as well as stops in Prague, Budapest, Munich, Paris, Berlin, Stockholm, and London.

Tickets for the new Vancouver date will go on sale to the public beginning Friday, October 4.

For more info including all tour dates go to celinedion.com. 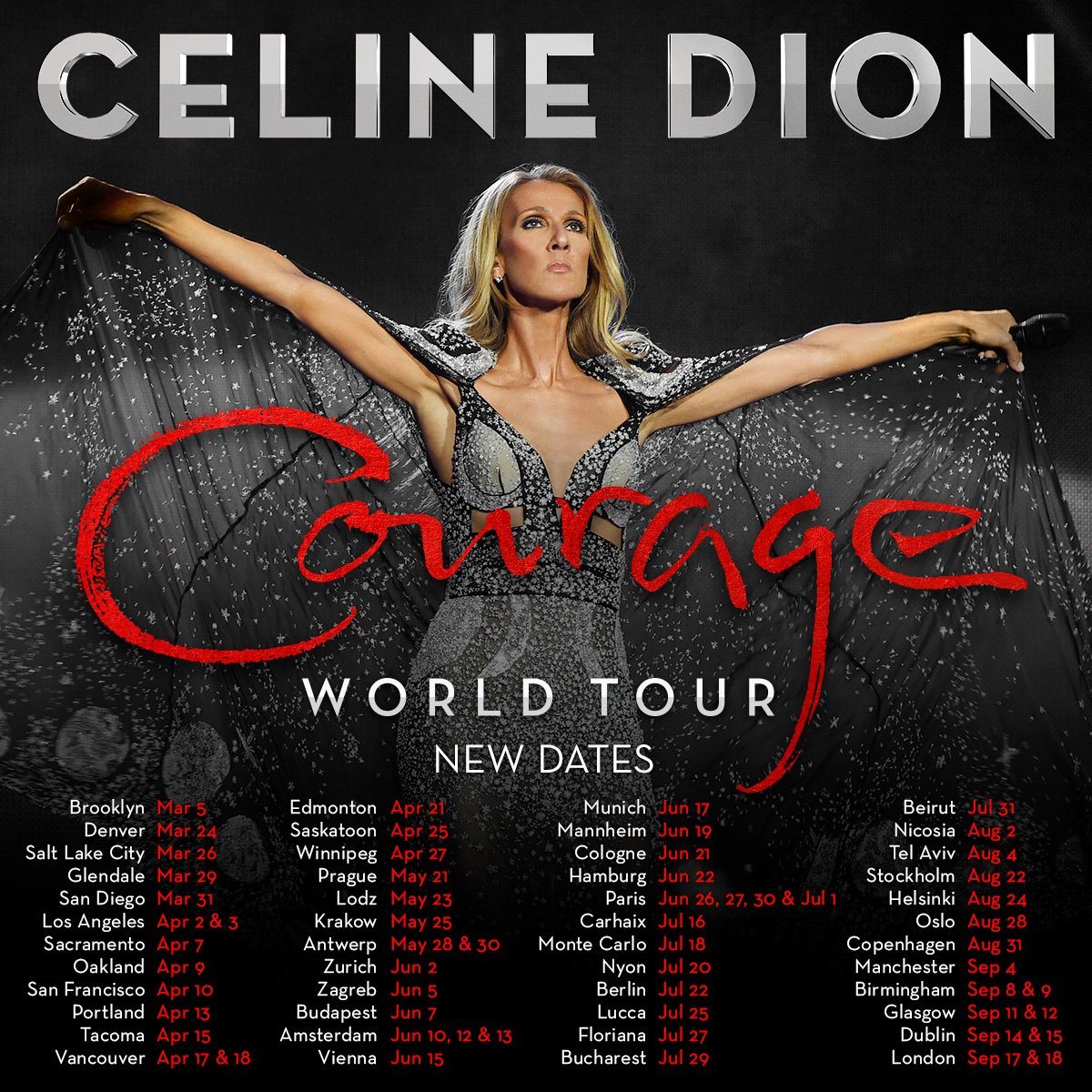 Tickets: Tickets for the second show go on sale October 4. For more info including all tour dates go to celinedion.com. General Admission TBA