Canadians complained more about their wireless providers over the past 6 months than the same period the year before.

According to the Commission for Complaints for Telecom-television Services (CCTS), it accepted 6,849 complaints between August 2017 and January 2018, which equates to 73% more complaints than in the same period last year.

The CCTS says that the most frequently-raised issue in complaints are the non-disclosure or inaccurate information about the terms under which a service is being provided, which is by far the most problematic issue for wireless customers. 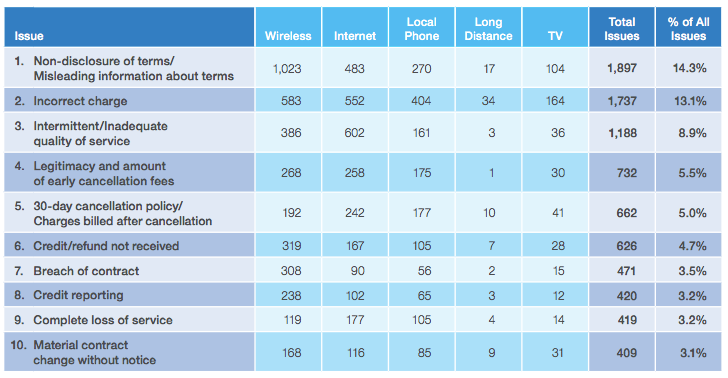 Additionally, as of September 1, 2017, the CCTS mandate began to include the right to accept complaints about TV services. And since then, it has accepted 846 complaints related to TV services.

For TV and phone customers, the largest area of concern is incorrect charges, and for internet customers the number one concern is quality of service.

This major increase in complaints was not expected by the CCTS.

“Our work is responsive to events occurring in the telecom and TV marketplace. We did not predict this significant increase in workload.” said CCTS commissioner, Howard Maker, in a statement.

“As a result, we are experiencing some delays in handling customer complaints at the investigation level of our process. But we are working very hard to increase the available resources in order to return to our expected customer service timelines.”

For offenders, Bell remaines the most complained-about service provider. It recorded 2,275 customer complaints, over three times more than Rogers, which came second at 707 complaints.

But despite the significant increase in complaints, the CCTS says that it was successful in resolving over 90% of the complaints concluded in the period.

The CCTS is Canada’s national and independent organization dedicated to resolving customer complaints about telecommunications and television services, fairly and free of charge.