Canada’s embattled public broadcaster is contemplating a major reduction of its physical presence in Vancouver in an effort to ease its financial troubles.

According to the Globe and Mail, the Canadian Broadcasting Corporation (CBC) is examining the redevelopment possibilities of its large downtown Vancouver studio, the network’s second-largest English production centre outside of Toronto. The property has an assessed value of $57 million.

As it turns out, much of the Vancouver studio building’s space is sitting unused, which has led the broadcaster to consider selling and leasing it back or reconfiguring its operations within a smaller space of the building.

The loss of CBC’s in-house NHL coverage and ongoing Harper Conservative government budget cuts have resulted in mounting layoffs at the broadcaster. The CBC has slashed 1,400 jobs over the past year, including 244 jobs in newsrooms across the country in April 2015.

But for the site’s redevelopment prospects, there will be limits with what can be built. The same 90-metre height restrictions that limited Concord Pacific’s “TV Towers” are also in effect for the rest of the city block and the municipal government is concerned about the possible loss of office space if residential development is pursued.

The 1975-built broadcast facility at the intersection of West Georgia and Hamilton streets once encompassed an entire city block. The parking space on the southern end of the block was sold to Concord Pacific approximately a decade ago for the purpose of developing two condo towers to fund a $65 million renovation and expansion of the studio facilities.

The building renewal project opened in time for the 2010 Olympics and included new integrated workspaces, production studios and technology as well as spaces and offices for community groups. There is also a large plaza on the Hamilton Street side that is used for events and performances, such as the CBC Musical Nooner concert series.

The CBC studio is located just across the street from the old Canada Post building, which will be redeveloped into a mixed-use development, and the proposed new site of the Vancouver Art Gallery. 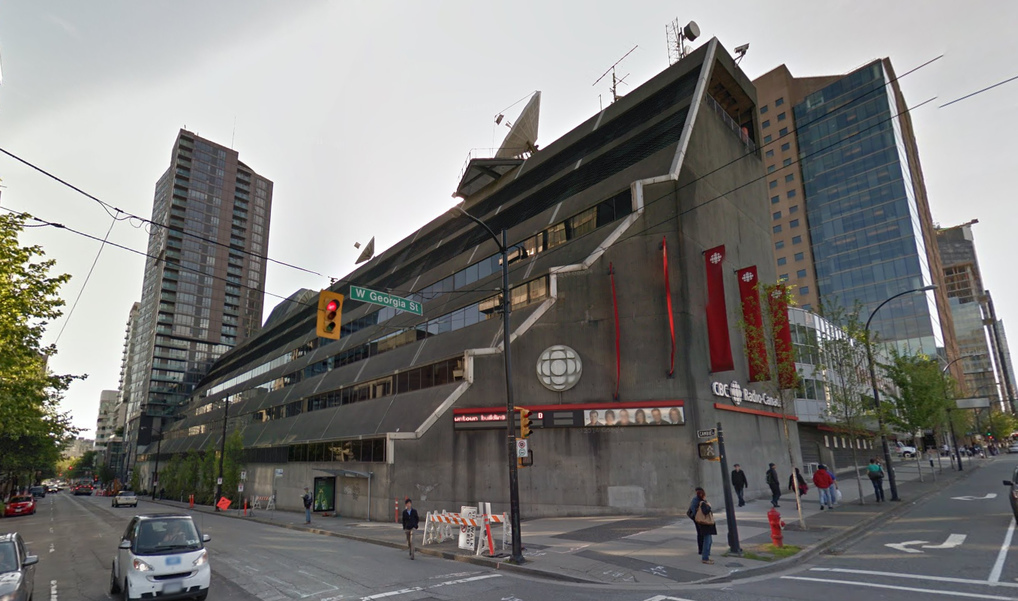