Thursday night is shaping up to be a great one for EDM fans as Cazzette & Mako are in town.

Cazzette may have been part of the Swedish EDM explosion of 2012, but they quickly distinguished themselves from Dada Life, Swedish House Mafia, and the rest of the competition when they announced their official debut would be the first ever released exclusively on a streaming music site. 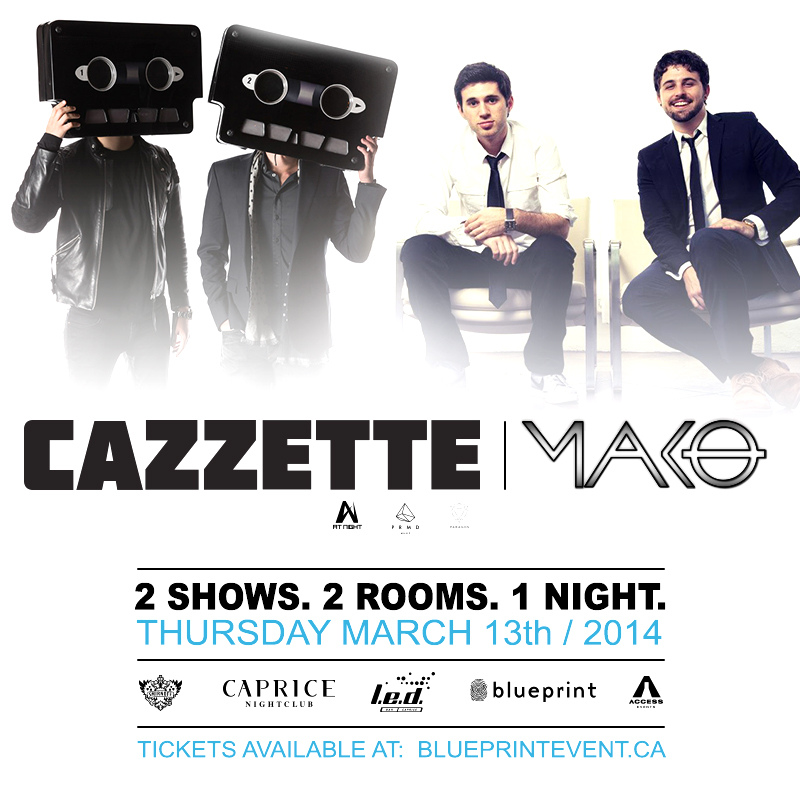 For Thursday’s highly anticipated two-room CAZZETTE & MAKO show at Caprice Nightclub/L.E.D. Bar, we’re giving away a VIP package, which includes 4 tickets for admission. To enter, you must do the following:

Once you’ve done all three steps, leave a comment below telling us you’ve entered!