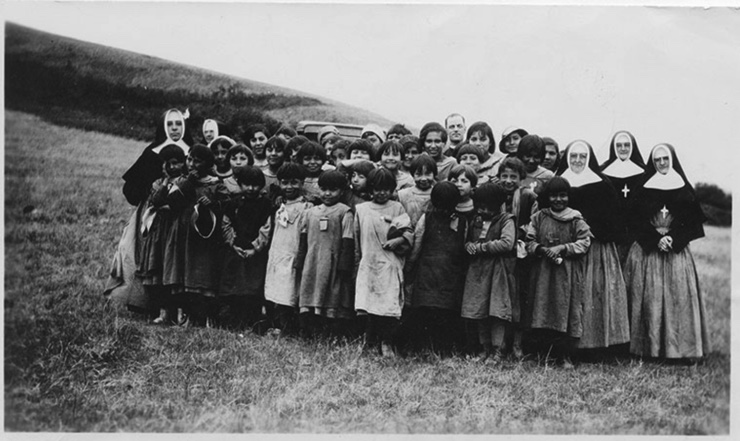 A religious group that operated residential schools where unmarked graves were found earlier this month has promised to disclose all of its records related to the schools.

The Missionary Oblates of Mary Immaculate operated 48 residential schools in Canada where Indigenous children forcibly removed from their families were made to assimilate into settler culture.

“We remain deeply sorry for our involvement in residential schools and the harms they brought to Indigenous peoples and communities,” the Oblates said in a statement posted Thursday.

They promised to disclose historical documents and not block access to them, seek guidance from First Nations, provincial governments, and the federal government during disclosure, and work with leaders in the Catholic church to support truth-finding.

“We want to reiterate our commitment and intent to disclose all historical documents maintained by us and in our possession, in accordance with all legislation, about our involvement.”

The organization said disclosing documents can be complicated due to federal and provincial privacy laws. It’s seeking advice from experts on the best way forward.

Some of its documents have been disclosed to research universities and the Truth and Reconciliation Commission, but not all.

“We further acknowledge that delays can cause ongoing distrust, distress, and trauma to Indigenous peoples across British Columbia, Saskatchewan, and the rest of the country,” it said.

“We must address these issues, as without a full review of the existing historical documentation from our order’s involvement, the truth of residential schools will not be fully known.”

On Friday, Prime Minister Justin Trudeau said that residents of Canada should take this July 1 holiday to reflect on the abuse that took place at residential schools. He also indicated his government would support further investigation into crimes committed there.