If cats truly have nine lives, then eight-month-old Cleo may have just used one up after surviving a leap off a 17th floor balcony.

Cleo is the savannah cat of New Westminster’s Joel Isfeld, who saw his feline friend make the jump from the railing after she snuck out of his apartment onto the balcony Sunday night.

Isfeld told The Record that after Cleo jumped, he immediately scanned the ground for what he assumed would be the “splattered” remains of his beloved cat.

But Cleo was nowhere to be found.

Isfeld searched the area, including checking with all the neighbouring balconies Cleo may have passed on her way down. As the minutes gave way to hours, and still no sign of the cat, Isfeld kept up his vigilant search, posting to Facebook and reaching out to the SPCA.

Late Monday night Isfeld got word Cleo was safe and sound on the grounds of the adjoining building. She had survived the fall and traveled to the courtyard next door.

It was a happy reunion for cat and owner. Isfeld shared on Facebook that Cleo made it through with just a cut on her forehead and some shaky nerves. The grateful cat owner told Vancity Buzz “Cleo is doing great and is very happy to be home. She’s shaken up from her adventure but in good spirits.”

Cleo’s vet confirmed she has no broken bones or internal injuries, just some tenderness in her paws, says Isfeld.

Isfeld plans to ensure his balcony door stays closed from now on, he told The Record.

Savannah cats are a hybrid breed of a domestic cat and an African wild cat, the serval. The spotted cats are known for their loyalty, and, not surprisingly, jumping abilities.

Isfeld told Vancity Buzz he became interested in savannah cats when a photographer friend of his did a shoot with an African Serval. “When researching the species I found that the Savannahs are incredibly domesticated but still have stunning aesthetic looks and are known for their amazing personalities.”

Here are some more photos of Cleo: 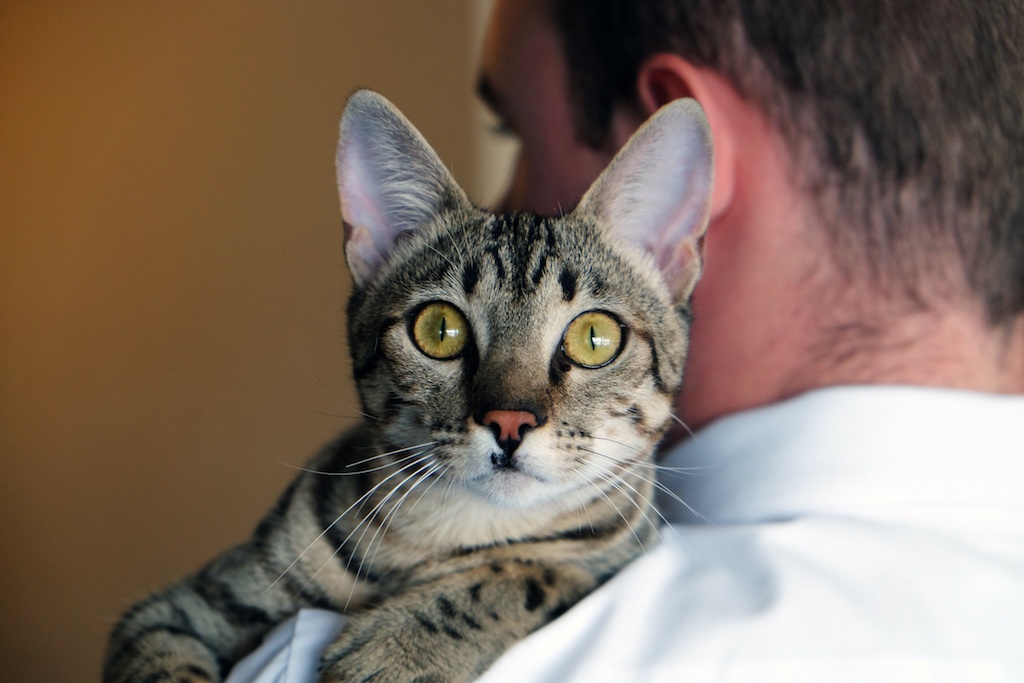 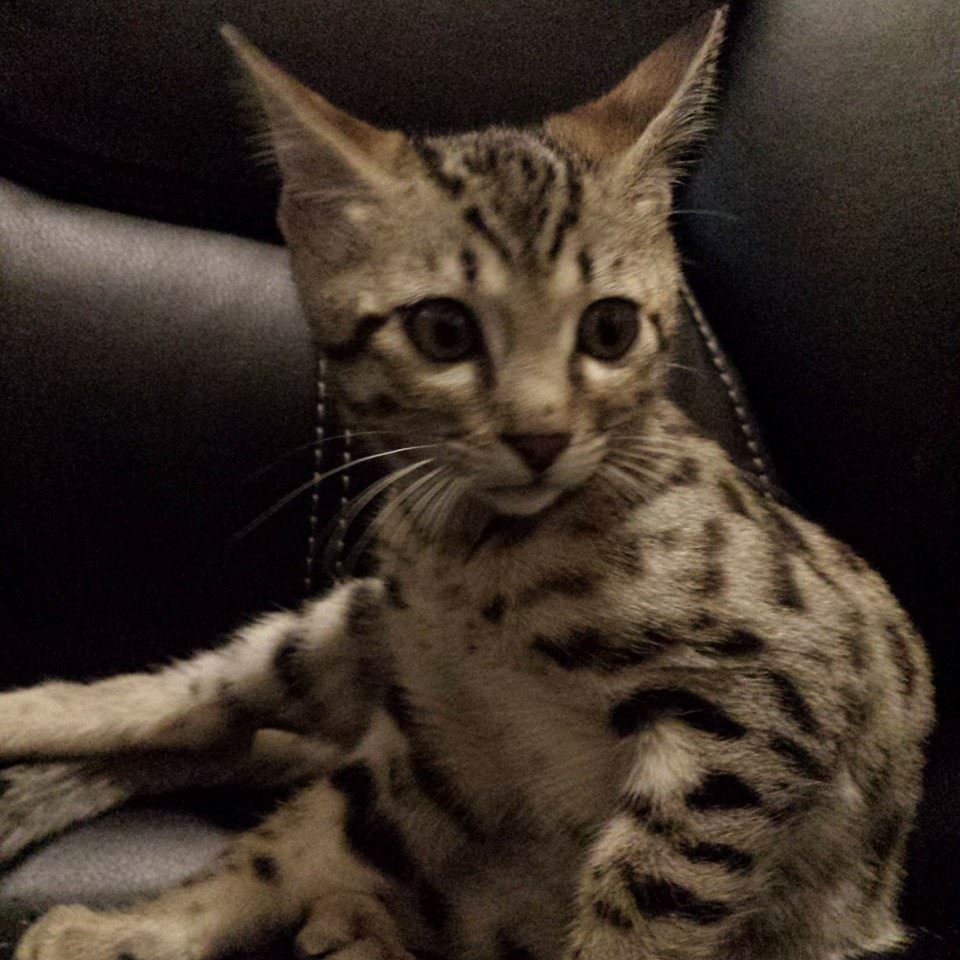 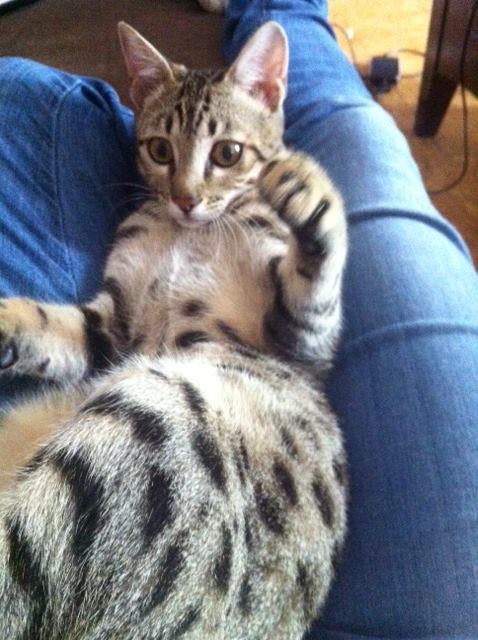 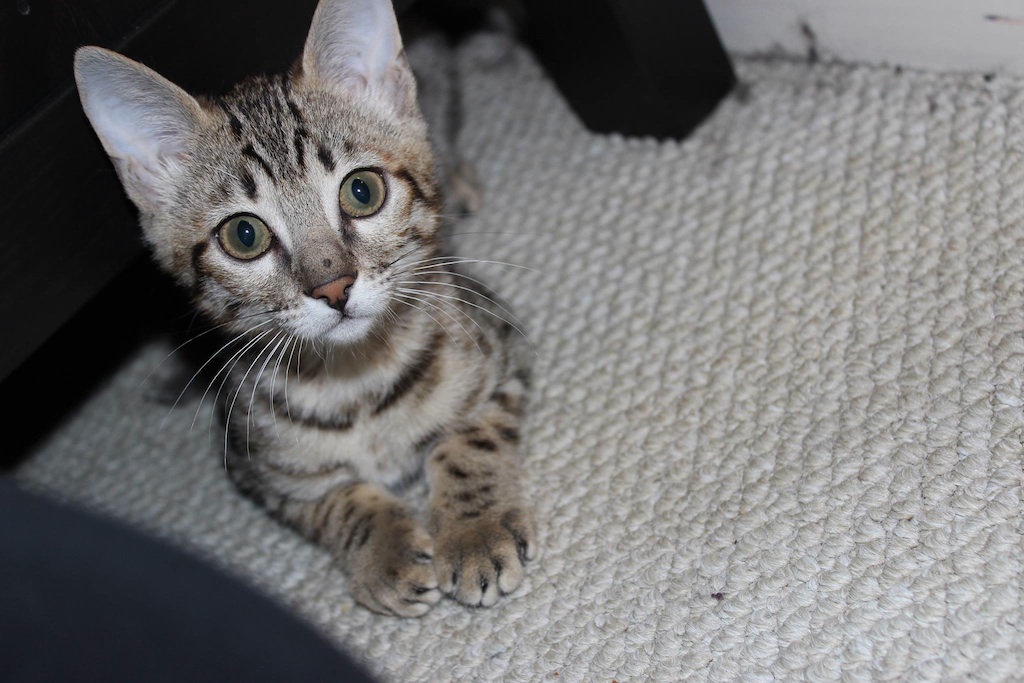 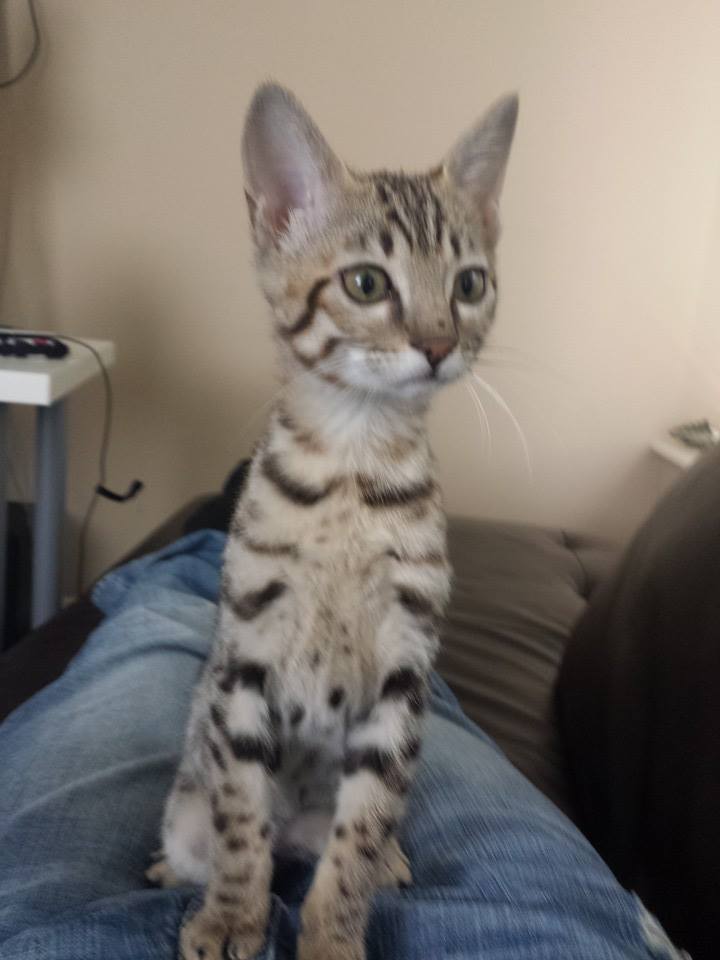