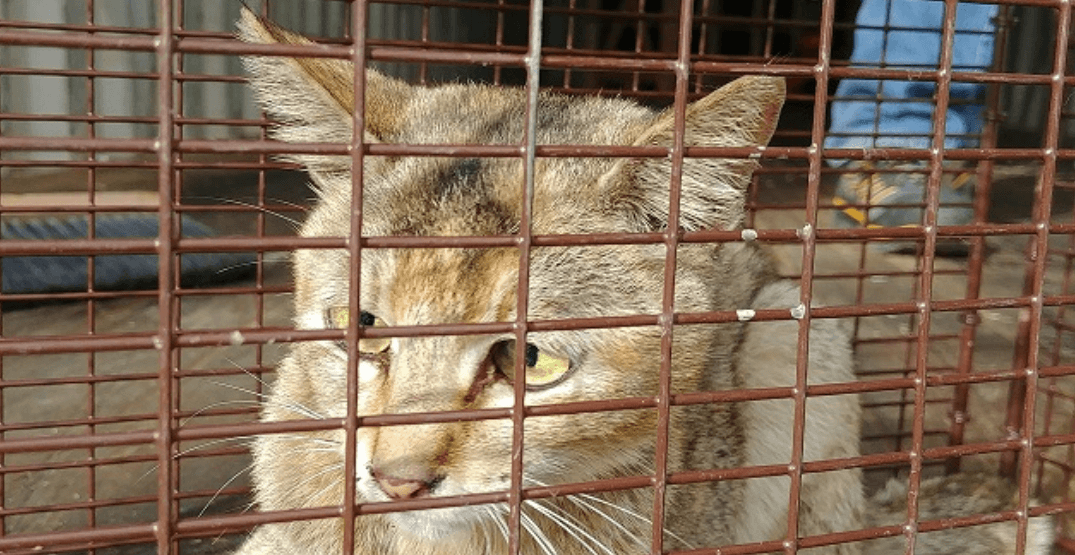 The cat is in the care of the BC SPCA in Prince George. (BC SPCA)

A six-week old cat survived three weeks in a shipping container by drinking condensation that had formed on the walls, according to those who rescued her.

Now, officials with the BC SPCA North Cariboo District Branch are asking for the public’s help to care for the “severely emaciated” feline.

According to SPCA branch manager Alex Schare, the cat somehow became trapped inside a 40-foot shipping container as it travelled from Shenzhen, China to the Port of Vancouver and then up to Prince George – a journey of over three weeks – with no food or water.

She was found inside the container, amongst the pallets, shredded cardboard, and styrofoam, by staff at a Prince George auto glass distribution company.

“I knew right away when I heard that this cat had spent weeks in a container that she not only had an amazing story but also that she would require extensive care and rehabilitation to recover from her ordeal,” said Schare.

Animal control officers brought the “extremely weak” animal to the North Cariboo District SPCA. The SPCA is following strict CFIA quarantine conditions to ensure the animal poses no threat to animals and people in Canada. 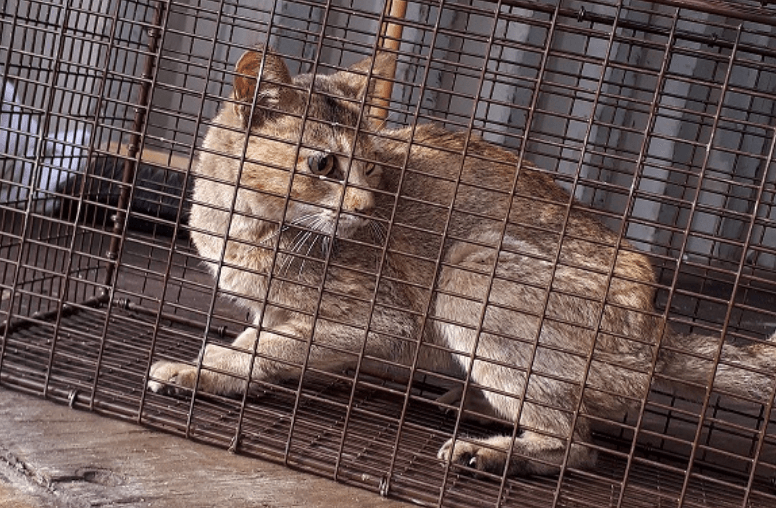 The cat was taken to the local veterinary hospital where she weighed in at just 1.5kg, was put on fluids and monitored in isolation from other patients.

“We rushed her to the vet because she was in such poor condition that we knew she would require intensive veterinary care for an extended period of time to regain her strength,” says Schare.

Now, Schare said, the cat is being fed small portions of food to ensure that her body “adjusts properly” and to avoid having her develop refeeding syndrome, which can be life-threatening.

She has also undergone bloodwork and will receive a rabies vaccine and dental work when she is strong enough. 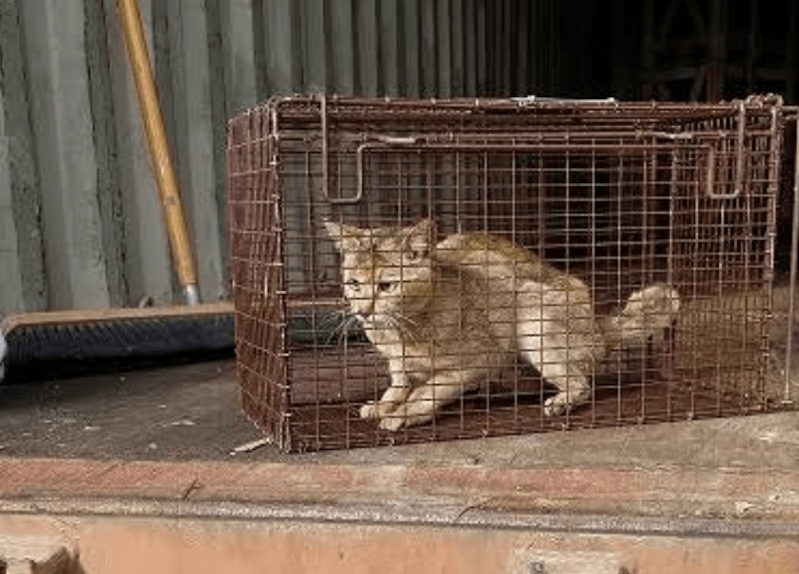 For now, the SPCA said the cat will remain in quarantine, separated from other animals, until two weeks after her vaccination. The total cost of care is estimated to be $2,760.

As such, the SPCA is asking anyone who might be able to assist in her care and rehabilitation to contact the SPCA online or visit the North Cariboo branch at 4011 Lansdowne Road.