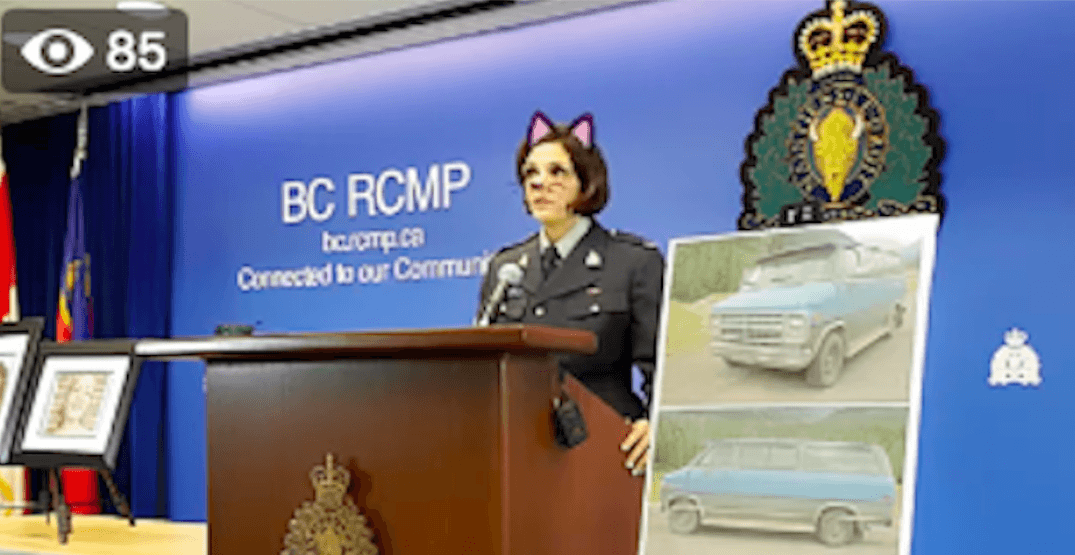 RCMP in BC have issued a response in relation to an unfortunate technical glitch during a press conference on Friday afternoon.

RCMP Sgt. Janelle Shoihet was in the middle of providing an update on the double homicide earlier in the week, when a cat filter appeared on the screen.

It didn’t take long for people to question what was going on.

In a Twitter response, the RCMP blamed the issue on an “automatic setting.”

They added that they would rectify, and reissue the video.

Yes we are aware and addressing it as it’s an automatic setting. Thank you, we will rectify and issue a video shortly.

Shoihet was speaking about the double homicide of Chynna Noelle Deese of the US, and the man has been identified as Lucas Robertson Fowler of Australia, after their bodies were found on Highway 97 earlier this week.