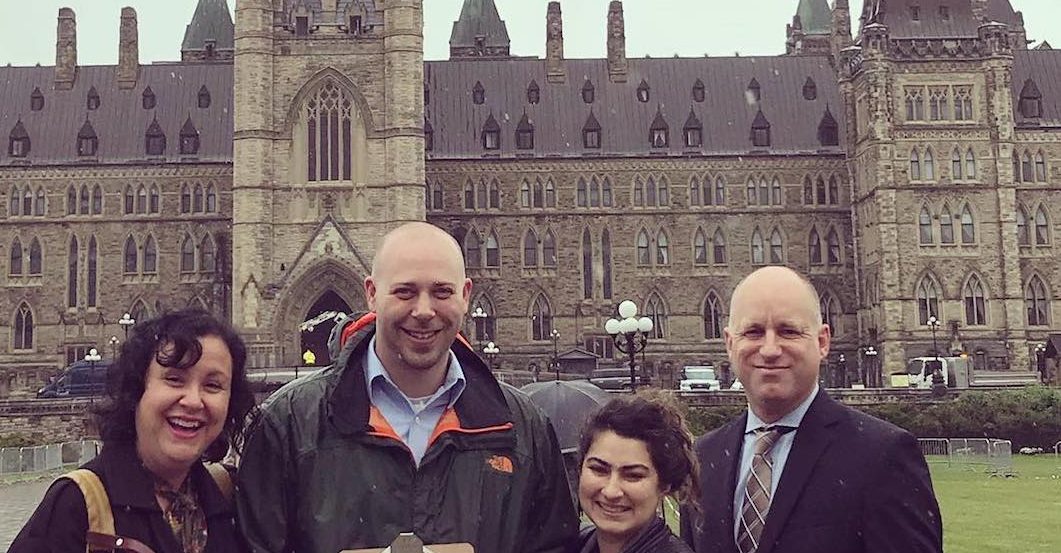 Canada’s stand-up comedians are banding together to form the first professional association for their field in the country, and there are some issues they want dealt with to help them do their jobs.

Joke tellers from across the nation have organized into the Canadian Association of Stand-up Comedians (CASC). A group of over 600 members, that’s dedicated to advocating on the comics behalf and addressing the barriers they face working in the field.

The group’s two main complaints are the lack of accessibility to the larger US market without a visa, and what they feel is a lack of recognition of their art form by the Canadian Council of the Arts.

“It’s somewhere between a union and a representation group,” says Jay Freeborn, outside of the Underground Comedy Club in East Toronto. “We’ve got a bunch of people, including a lobbyist that we’ve now hired. we can talk to the minister of heritage so that we can be seen as a commodity as well as an art form.”

Freedman is a stand-up and a producer in the city. He was performing that night for the organization’s first fundraiser in June. He takes issue that his art isn’t eligible for independent artist development funding. 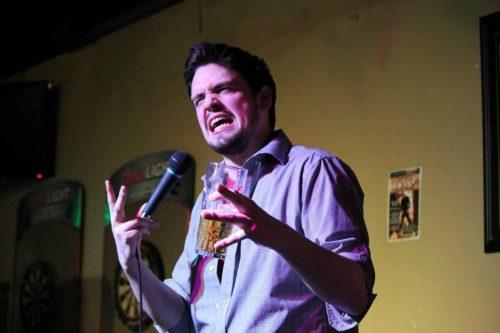 “So while they’ll see independent dance or mime, basically anything else you can think of as an art form but not stand-up comedy.”

The group formed in 2017 but has only begun advocacy and fundraising. It’s being led by Sandra Battaglini, the woman another comic described as the “mayor of Toronto stand-up comedy.”

She gained notoriety in 2016 for an open letter she penned to the newly-elected Justin Trudeau, asking for him to help relax the barriers that stop them from working in the United States.

“It was recommended that we form an association so we could lobby the government, instead of it just being me,” said Battaglini over the phone to Daily Hive. “That’s kinda how it all got started.”

In 2016-17 over 2,100 artists and 2,100 arts organizations received Canada Council funding through a variety of grants. CASC wants recognition by the Council as a unique art form and to be eligible for individual artist development funding.

“Currently stand-up comedians who wish to apply for Canada Council funding have the option of creating a theatre artist profile,” Claude Schryer, Senior Strategic Advisor for the Council’s Arts Granting Programs Division, told Daily Hive. “If the profile is validated by Canada Council staff, the applicant can submit an application for an eligible activity.

“Our new funding model has only been in place for a short period of time and it is not our intention to bring any changes to our current artist profiles at this time.”

According to CASC, the option to apply as a theatre artist doesn’t yield results.

“That’s what they say,” says Battaglini. “As a result then stand up comics don’t get funding. Comics apply for grants and they’ll get ‘well, stand-up is not an art form’ is what they get back.”

While it is true that stand-up comedy is not recognized specifically as an art form eligible to receive Council funding, the government does support the country’s largest comedy festival, Just for Laughs.

“Howie Mandel and a group from the States just bought Just for Laughs so it’s not even Canadian anymore,” she says. “JFL 42, which is the Toronto festival, announced its line up. There are three Canadians, out of 42.”

“The festival we aspire to isn’t even ours anymore.”

The group’s other main complaint focuses on a larger issue, labour mobility. They are unable to travel easily to the US to perform. CASC says the visa’s required cost thousands of dollars.

They have contacted the services of Temple Scott Associates, an Ottawa based “government relations and communications firm” to lobby on their behalf. Battaglini has already made one trip to Ottawa in the spring where she met with the Parliamentary Secretary, the Minister of Foreign Affairs, the Heritage Minister, multiple MPs and their opposition critics.