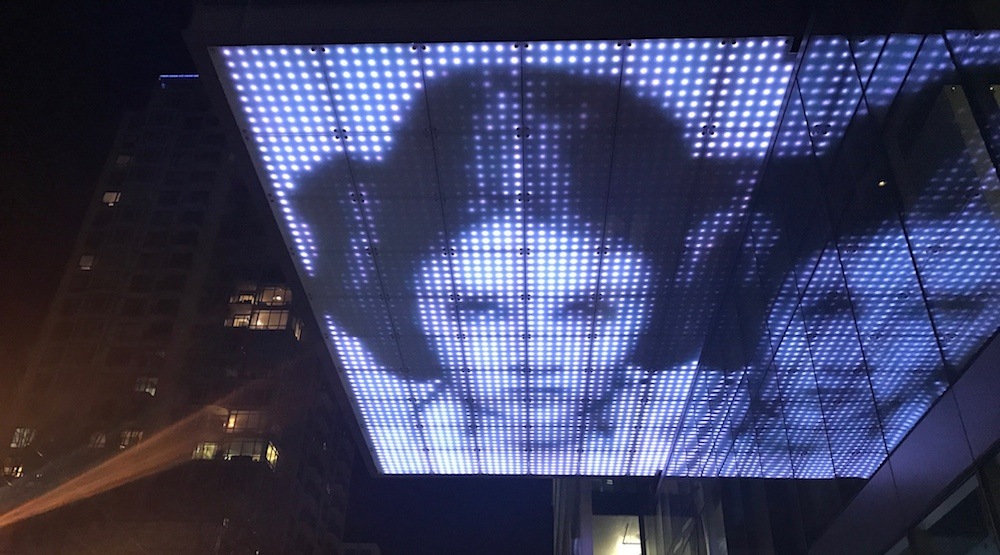 A photo of Carrie Fisher from the Star Wars era of her life has taken over the digital LED screen on the underside of TELUS Garden’s protruding boxes hovering over the streets.

Fisher, best known for playing Princess Leia Organa in the first three films of the intergalactic sci-fi franchise, passed away at the age of 60 on Tuesday after a heart attack. Haunting portrait photos of Fisher with her iconic Leia hair buns glow on the screens.

The screens, which hover high above the sidewalks on both sides of the building on Seymour and Richards streets near West Georgia Street, previously commemorated other occasions including rainbow flags for the Vancouver Gay Pride Parade and Orlando gay nightclub massacre and blue, white, and red for the France terror attacks.

Her mother, famed legendary actor Debbie Reynolds, passed away just one day later on Wednesday. She was 84.

Both daughter and mother will be buried together in a private ceremony, according to numerous reports from Hollywood media. Fans have taken to social media over the deaths of both women, and there have even been makeshift memorials on the Hollywood Walk of Fame.

Photos on social media show flowers covering Reynolds’ star while a nearby empty star has been scribbled with Fisher’s name.

Fisher’s last known public visit to Vancouver was in 2015 for Fan Expo at the Vancouver Convention Centre. 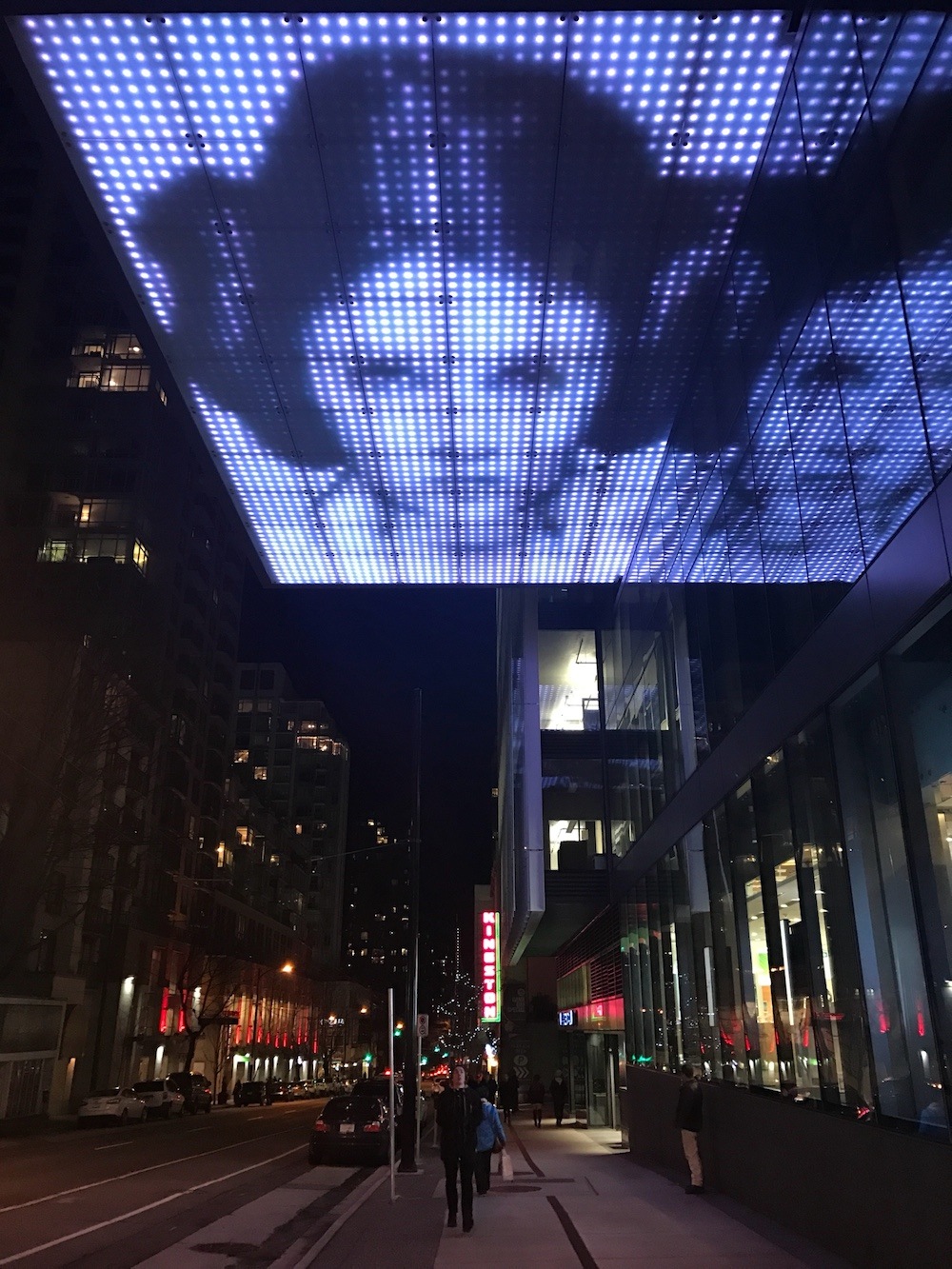