California-based burger restaurant, Carl’s Jr., will open its second location in Surrey at the beginning of next month, making it the eighth location in Metro Vancouver and the eleventh in B.C.

The burger joint, known for its bold, provocative and buzz-worthy ads, entered the Canadian market in 2011, bringing in their premium, juicy, charbroiled Thickburgers and Hand-scooped ice cream shakes and malts.

The restaurant slays traditional food fare with its flavourful burgers like the Original Thickburger, Western Bacon Thickburger, and the El Diablo, all served in Fresh Baked Buns. Popular sides include the Bacon Poutine (exclusive in Canada), Criss Cut fries, Jalapeño Poppers, and much more.

“We have doubled our footprint in Metro Vancouver in the last four months. Sales and unit growth in the west remain very strong – proving that Canadians are choosing quality over the same old options of the past,” says Canadian VP Jeff Branton in a statement on the restaurant’s fast expansion across Canada.

Carl’s Jr. has something new on the burner – for a limited time only, enjoy the Midnight Moonshine Burger, available in participating stores nationwide.

Burgers and booze, together again. 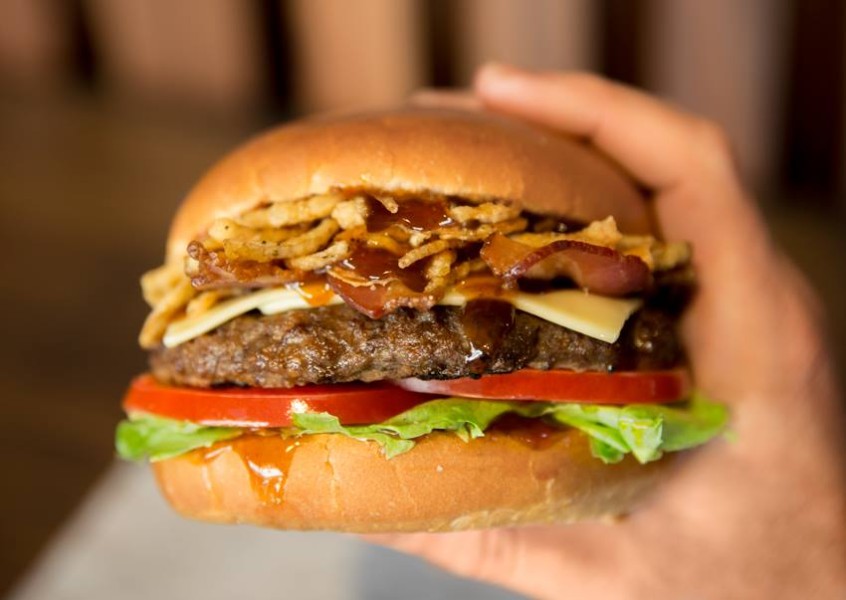 In celebration of their recent store openings in Metro Vancouver, Carl’s Jr. is choosing one lucky winner to take three of their friends to the Vancouver vs Portland sold-out game at BC Place on May 7, 2016.

Contest entries will be accepted from time and date of publishing until 11:59 p.m. PST on May 4. One winner will be chosen at random and contacted through the platform they used to enter.