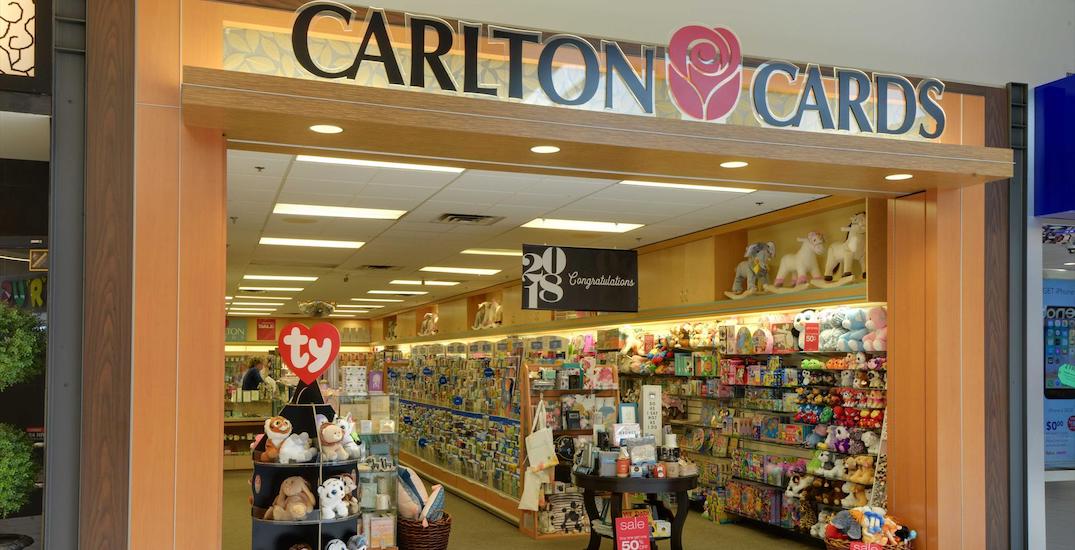 Carlton Cards and Papyrus stores will soon be a thing of the past.

A total of 254 stores will close throughout North America, including all of the outlets across Canada. The popular greeting card retailer employs over 1,400 people on the continent.

A spokesperson for Carlton Cards told Daily Hive that both Carlton Cards and the Payrus brand is owned by its parent company, The Schurman Retail Group (SRG).

“We understand that SRG has decided to close all of its specialty card stores, including the 79 stores in Canada,” reads the email.

Carlton Cards was founded in Toronto in 1920, according to its website. In 1970, it became a “formidable competitor” and surpassed Hallmarks at the “market leader” in the social expressions industry.

Carlton Cards and Papyrus products are available in over 6,000 retail locations across Canada, according to the company’s spokesperson, and it will “continue to be sold without any interruption” within other stores in the country.