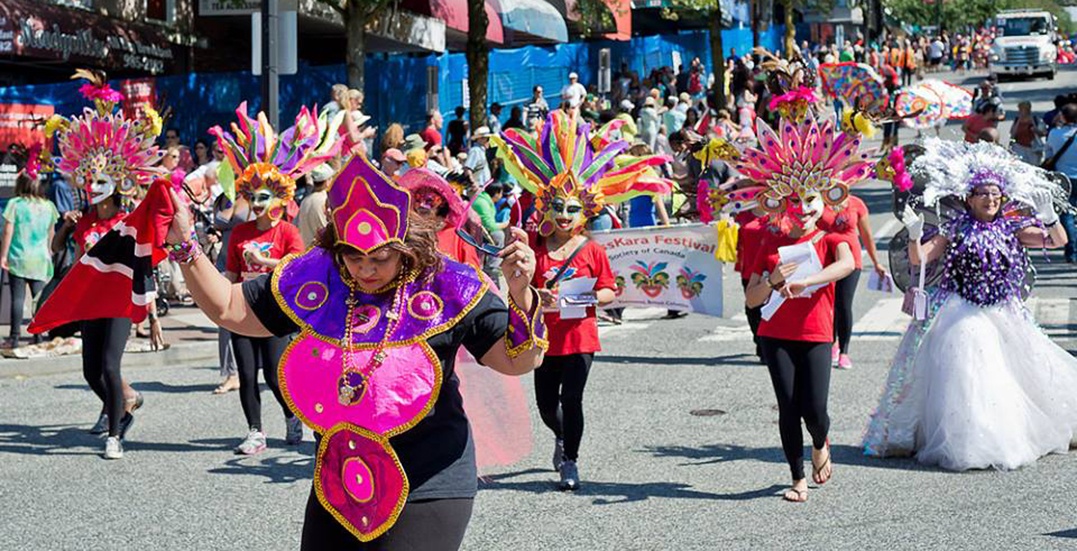 The 2018 Caribbean Days Festival, one of Vancouver’s largest summertime events, is making its return to North Vancouver this weekend.

Presented by the Trinidad & Tobago Cultural Society of BC, the festival began back in 1987 after the gathering of a few Caribbean friends for a picnic.

Fast forward several decades later and the event has exploded into an annual celebration of Caribbean culture, music, style, and cuisine, with tens of thousands attending every year.

The weekend begins with a multicultural street parade that takes place on Saturday, July 28. The parade begins at Lonsdale Avenue and 13th Street and will fill the streets of Lower Lonsdale with Caribbean culture, music, and style, ending at Waterfront Park.

A children’s carnival parade will also take place on Sunday, July 29 in the early afternoon.

The main festival grounds will be divided into two parts.

The north side of Waterfront Park will boast spicy, authentic Caribbean food like barbecued ribs, jerk chicken, and Cuban sandwiches along with a beer garden.

The south side of the park will host an outdoor music festival, where attendees will be able to listen to soca, reggae, calypso, Latin, and African music performed live by singers, dancers, and bands.

Vendors and a mini-market will fill the space in between with stands of clothing, goods, jewellery, and handmade arts and crafts.

The two-day festival will take place on Saturday, July 28 and Sunday, July 29, from 12 to 6 pm on both days. Entry to the festival is free of charge.