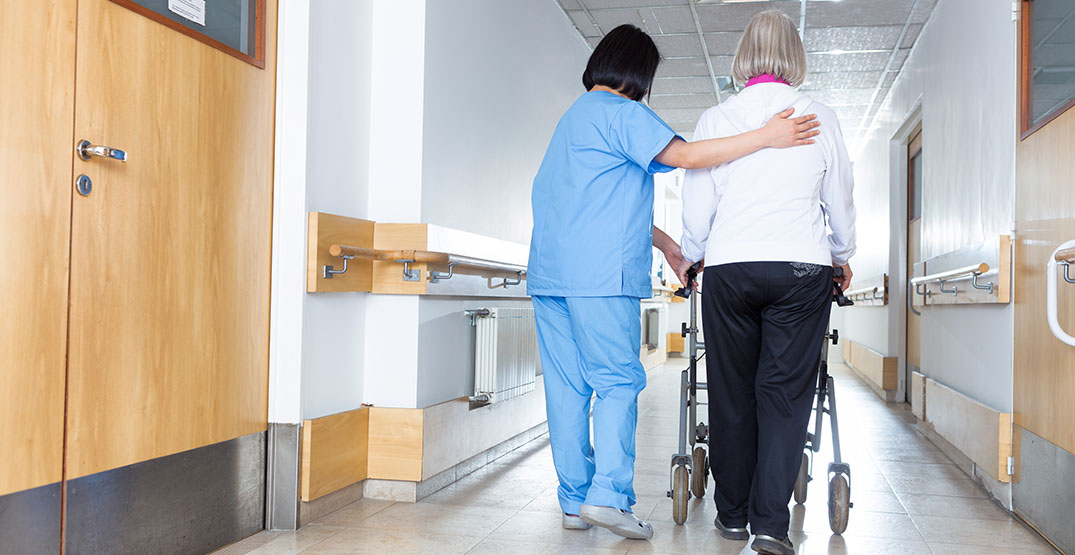 How many people in BC would rather lose their job than get vaccinated?

It’s a question the government has been pondering for two months now, since it first announced it would drop the hammer on unvaccinated workers at seniors’ care homes, forcing anyone who works there to get the jab to protect the vulnerable elderly patients.

This week, we got our first glimpse at the answer. Around 4% of the total 48,879 workers in long-term care and assisted living refused to get vaccinated by the October 12 deadline. That’s approximately 1,995 people who work in 546 facilities who decided to call the province’s bluff on mandatory vaccination.

They lost. Care homes across the province began placing unvaccinated workers on leave without pay Tuesday.

“If a long-term care or assisted living worker refuses to be vaccinated, they will be in breach of the provincial health officer’s Residential Care Preventative Measures order, the Public Health Act, and employer policy,” said Health Minister Adrian Dix, adding those workers will then “be subject to progressive discipline up to, and including, termination.”

“The message remains: get vaccinated, protect yourself, protect your colleagues, and protect vulnerable seniors in long-term care,” he said.

Many are watching what happens in seniors’ care because it is the first sector in the province to face a government-ordered vaccination requirement (some private businesses have already set their own rules).

Several other mandatory vaccine orders will follow in the weeks ahead, including hospitals, the 35,000-person government civil service, as well as Crown corporations like BC Hydro and ICBC. School boards may soon also bring in mandatory vaccination requirements for teachers and school staff.

Up until now, though, no one has been quite sure how many workers would defy the first provincial order and face the consequences.

How many seniors’ care workers initially balk and then quietly change their mind after serving some unpaid time will be watched with interest by the province, to see if lessons can be learned for other sectors about to go through the same thing.

At one Abbotsford seniors’ care home, nine unvaccinated staff were put on unpaid leave and another 10 chose to retire early before the vaccination requirement hit, said Terry Lake, CEO of the Care Providers Association, which represents the private seniors’ care home industry. It was the largest hit to one site on the first day.

“It’s not as bad as we feared, but it’s still a real challenge,” said Lake.

Some of the 1,955 unvaccinated staff may choose to get the jab within the next month or so, and save their jobs. Otherwise, they’ll be fired.

A further 3,422 people have so far only received one shot. They too were going to be put on unpaid leave October 12, until their union and the private care home association convinced Dr. Bonnie Henry to change the rules at the last minute. Now, the workers with one shot will have 35 days to get their second dose. In the meantime, they can continue to work if they undergo rapid testing daily and wear extra personal protective equipment.

“We’ve seen a lot of courage and commitment from long term care staff” over the 19-month pandemic,” said Mike Old, secretary-business manager of the Hospital Employees’ Union, which represents most staff in the sector.

“The overwhelming majority of workers have got the vaccine. Some are still hesitant and we hope they take the opportunity to get their questions answered and get that first dose.”

The vaccination showdown in seniors’ care is also notable because it exacerbates an already chronic staff shortage facing the sector.

“The [vaccine] mandate has just put a point on it,” he added. “We support the mandate, and asked for it. But it does show we’ve got to have a concerted effort to address the health resources.”

The government has activated “contingency plans,” said Dix, including moving staff from one facility to another, a practise the province had earlier banned to prevent workers from potentially spreading COVID-19 between care homes.

Next up is a mandatory vaccination order for all healthcare workers in acute care and community care – basically, most of BC’s hospitals and remaining health clinics. That order is set for October 26, with thousands more staff impacted than in seniors’ care.

“We’re also preparing for the significantly larger challenge in terms of sheer numbers of workers — almost three times the number of workers — who are still to come in the broader mandate for all healthcare workers,” said Dix.

“That work is ongoing right now. And that will be, in terms of sheer volume of change, an even more significant challenge.”