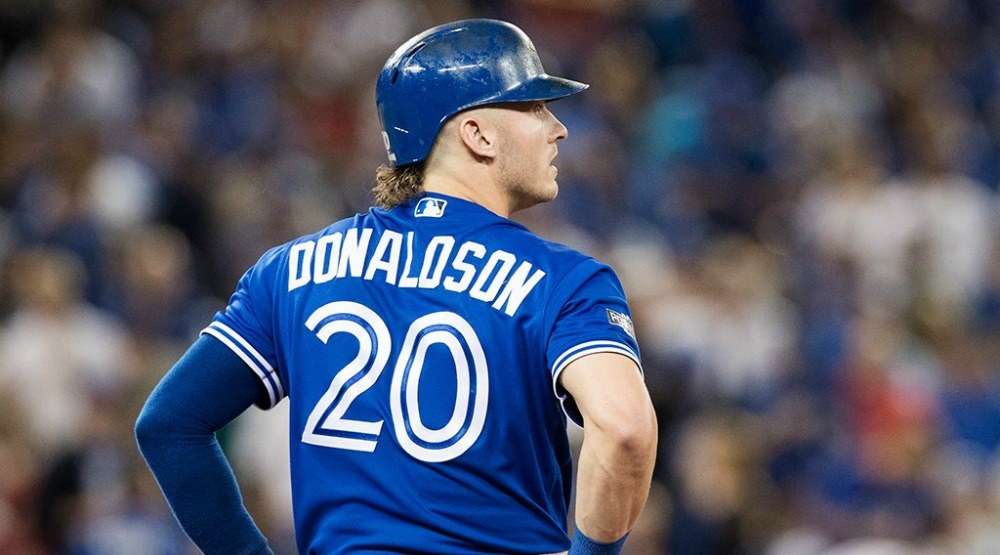 Josh Donaldson is a wanted man.

With just three days remaining in the MLB regular season, some teams are already looking ahead to next year.

For the St. Louis Cardinals, it means looking at options to bolster their batting order. It appears they have their eye on the Blue Jays third baseman.

The #STLCards, who badly need a slugger in the middle of their lineup next year, are expected to strongly pursue #BlueJays 3B Josh Donaldson

The Cardinals, like the Blue Jays, will miss the postseason this year. While they’re looking for a big bat that can help them right away, it remains to be seen which direction Toronto goes in.

If they want to win right now, Donaldson is a player Toronto has to keep. But if they want to build for the future, the 2015 AL MVP would fetch a big return.

The Jays, who have been in the AL East Division’s basement all season, could use a youth movement. But would they consider dealing Donaldson?

Donaldson will turn 32 years old this winter, and is coming off an injury-plagued year. After a slow start, he regained form, hitting 33 home runs. But you never know when the bottom will fall out for a player after the age of 30.

Does Blue Jays GM Ross Atkins feel like he can reload before Donaldson’s play tails off? If he does, then perhaps the team will look to extend his contract, rather than deal him.

Donaldson made $17 million in 2017, and is eligible for arbitration this winter. He is scheduled to become an unrestricted free agent at the end of next season.