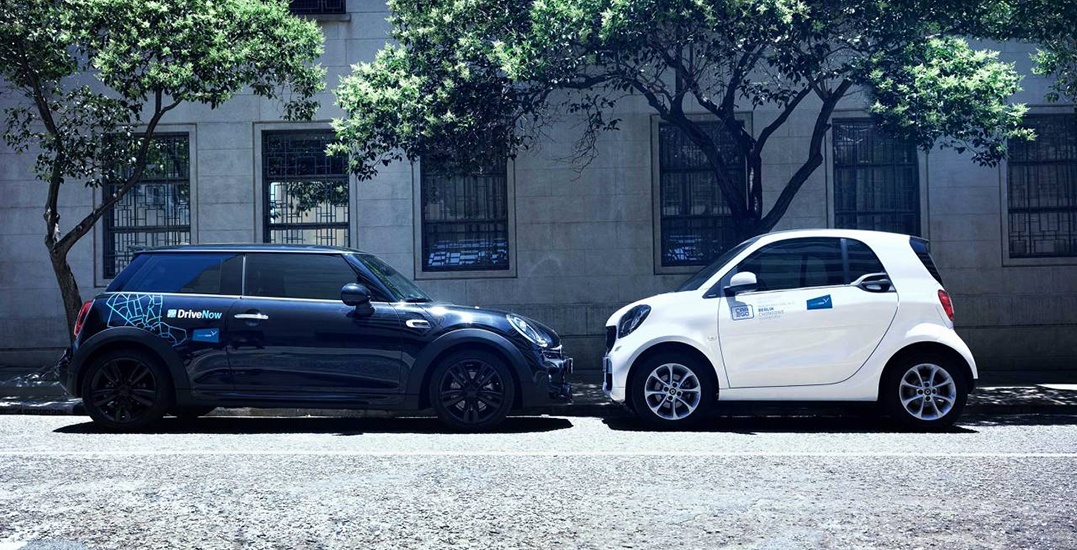 Their two subsidiaries, car2go and Drive-Now, will be joining to create SHARE NOW, a new entity which the companies say will be the “world’s largest car-sharing provider.”

Each company will hold a 50% stake in a joint-venture model. With regards to their core businesses as automotive manufacturers, they’ll remain as competitors.

“We are pooling the strength and expertise of 14 successful brands and investing more than €1 billion to establish a new player in… urban mobility,” says Dieter Zetsche, Chairman of the Board of Management for Daimler AG.

Combined, SHARE NOW will manage more than four million customers in 31 cities around the world. Prior to the merge, Drive-Now was available in Munich, Berlin, Dusseldorf, Cologne, and San Francisco.

The new venture includes a fleet of 2,000 cars, which will include car2go’s Mercedez-Benz and Smart Cars. Users can also expect a selection of BMW and MINI vehicles to join in the future. Of the 20,000 cars, just over 15% (3,200) are electric.

In addition to car-sharing, Daimler and BMW’s joint venture will also offer services in multimodal mobility, ride-hailing, parking, and charging, under the names of REACH NOW, FREE NOW, PARK NOW, and CHARGE NOW.

“We want to offer our customers as many options as possible for getting from point A to B,” says Zetsche. “This is about driving, riding, or being driven.”

Harold Kruger, Chairman of the Board of Management at BMW, also boasts that with all five services, they’ll have “an existing customer base of 60 million active customers” and “14 mobility services at [their] disposal.”

In the meantime, car2go customers will still be able to use their car2g0 app. A SHARE NOW app is expected to be launched in the near future, however, the parent companies are unsure of whether users will have to sign up with a separate account.

SHARE NOW’s headquarters will be set up in Berlin, Germany and is expected to create up to 1,000 new jobs worldwide.