A car flipped over at Robson Street and Seymour Street in downtown Vancouver late this afternoon. The driver of the vehicle is female according to the Vancouver Fire Department and a witness says she was pulled out of the sunroof by pedestrians.

The driver was hurt, but specifics are not known. The incident occurred at approximately 3:30 p.m.

According to firefighters, speed isn’t necessarily a factor to flip a car on its side – it all depends on how the car gets hit. 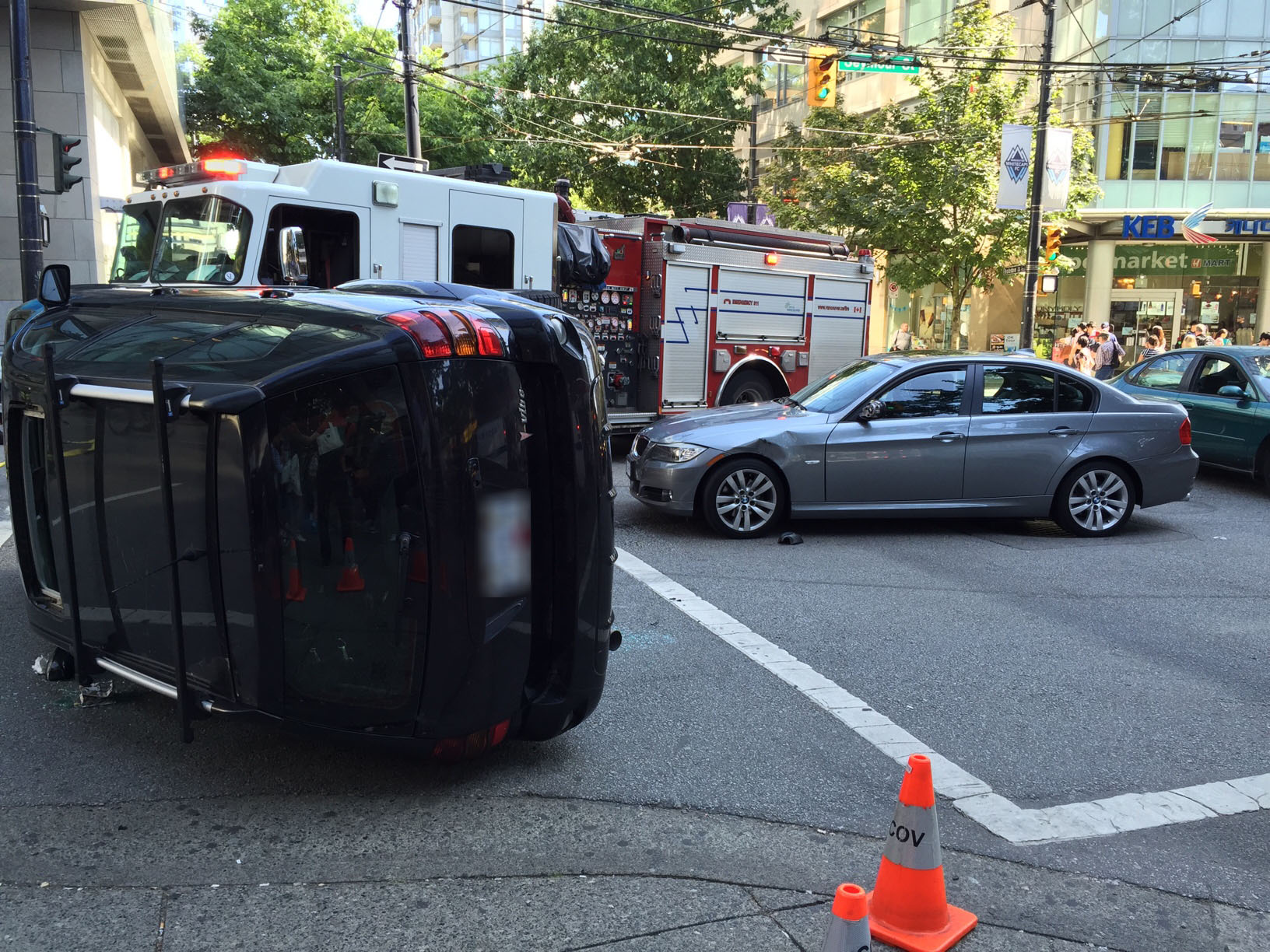 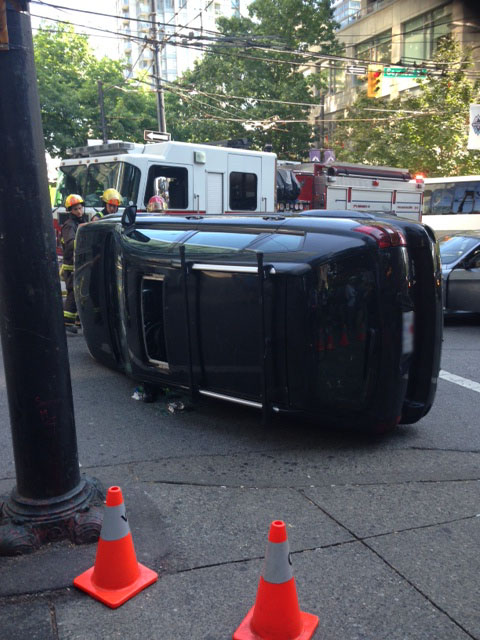 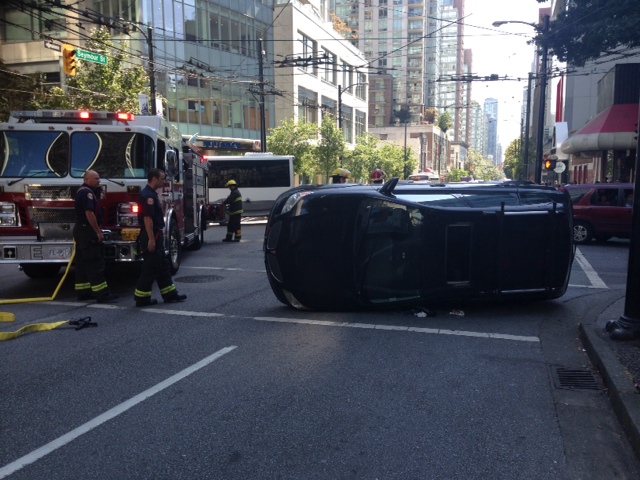