Early Wednesday morning, a car exploded in Vancouver’s West End neighbourhood. Many residents were awoken by the loud bang, were glued to their windows and went out on the streets trying to figure out what happened.

The blast happened near Robson and Nicola. Nearby residential windows were shattered. The Vancouver Fire Department said the explosion caused damage 12 stories up on nearby buildings.

Vancouver Police report that two people were hurt. They are also stating that it is likely not foul play as the car had an acetylene tank in back and at press time no charges will be laid. According to News1130, the owner of the car keeps soldering gas in the back of the vehicle. A leak was sparked by an apparent attempt to unlock the car.

The blast was heard as far away as Kitsilano. 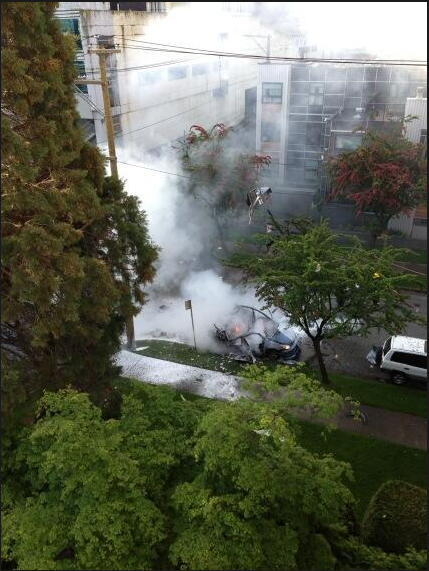 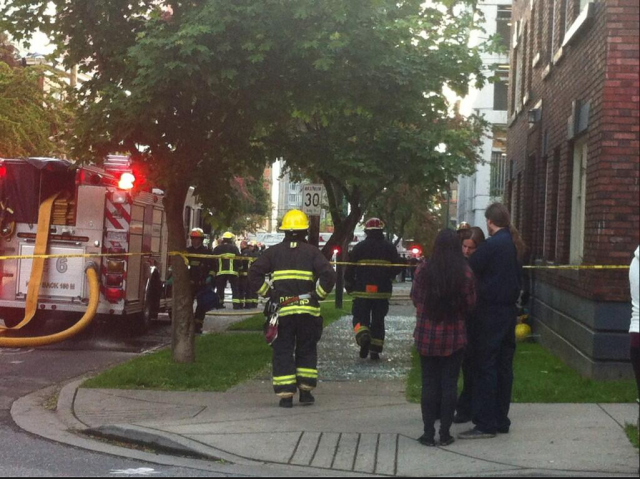 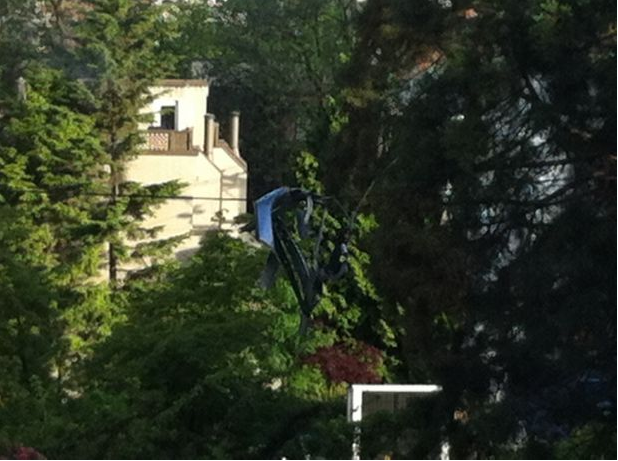 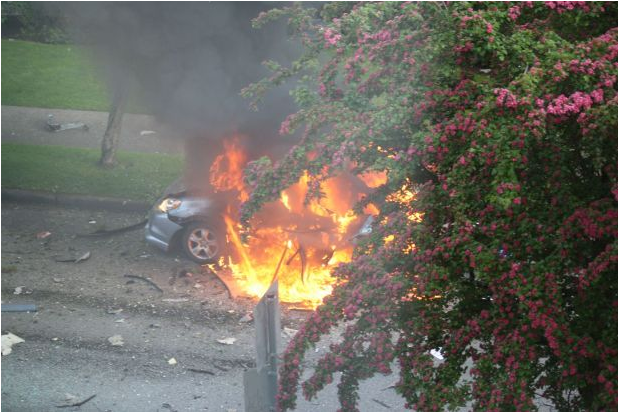 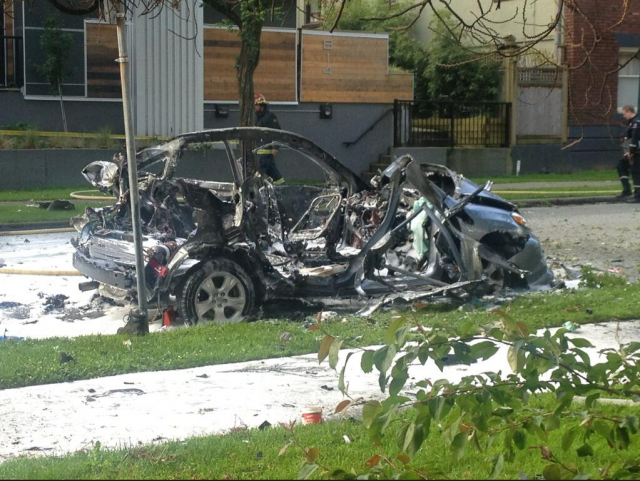 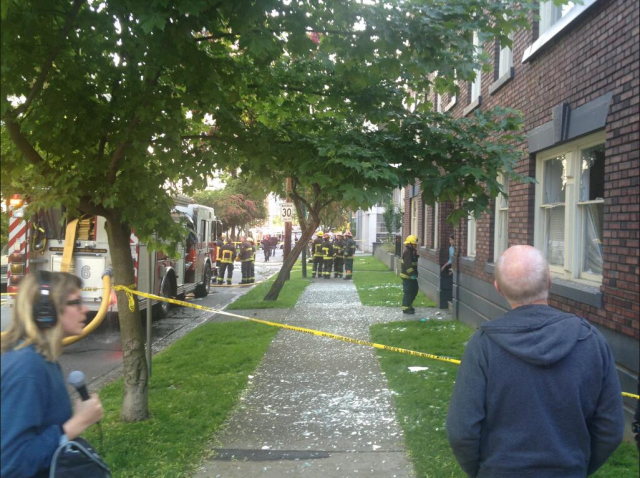 Video of the footage from News 1130